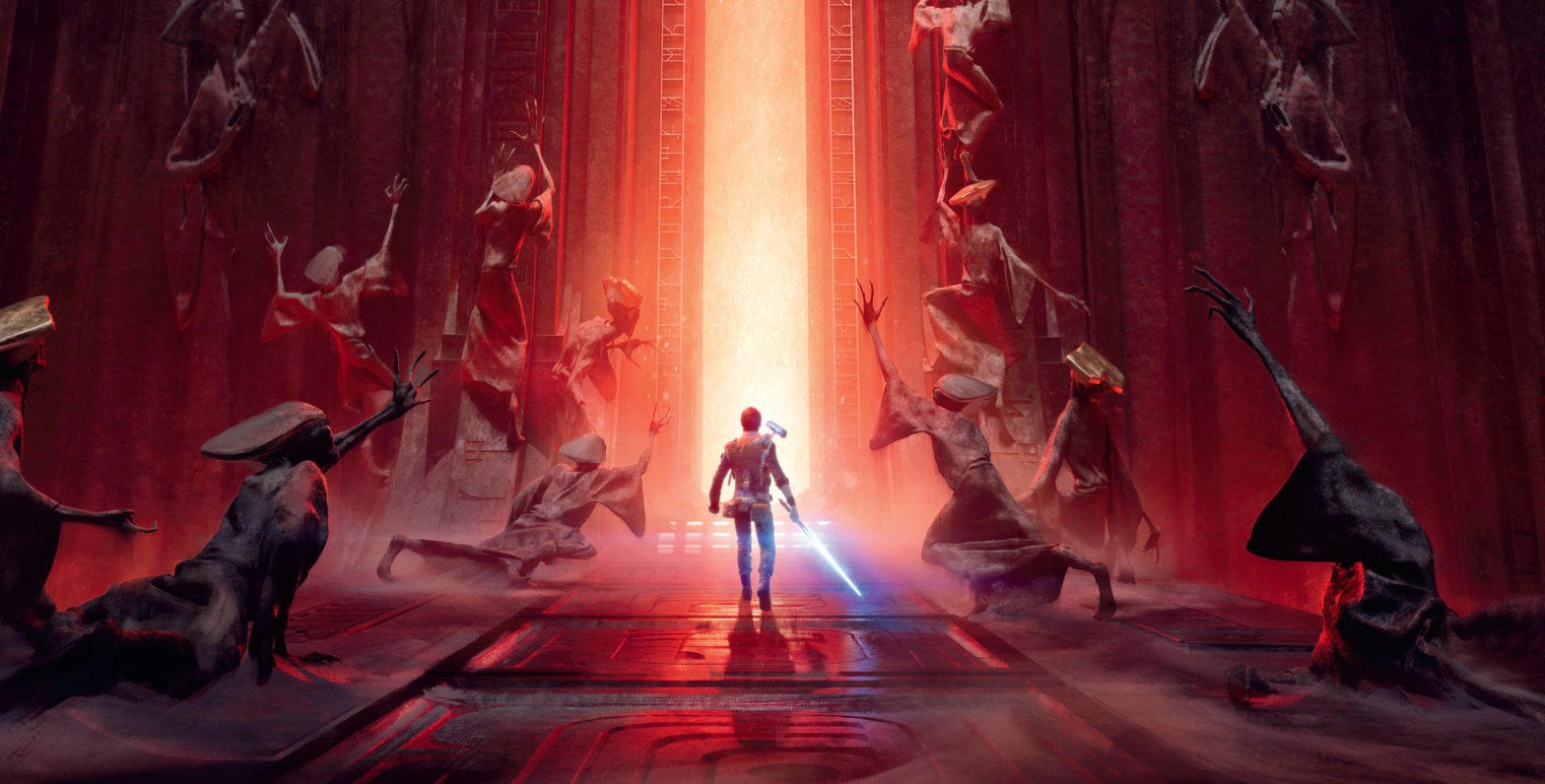 With the upcoming arrival of the new LEGO Star Wars titles: The Skywalker Saga and the re-release of STAR WARS: The Force Unleashed (for the Switch), fans are looking forward to trying out the upcoming single-player games of the series, having great hopes for their success. Of course, Respawn Entertainment’s Jedi: Fallen Order is responsible for all this. Three years after its release, Jedi: Fallen Order remains one of the first proofs that single-player games can be a huge success in the modern market. But how did it achieve that? What made it stand out from its space opera predecessor, Force Unleashed? Let’s find out:

Throughout its ten-year Star Wars game exclusivity contract, EA sought to enrich the series with the release of several multiplayer titles. Specifically, 2015’s Battlefront did not excite the fans, due to the small amount of content on offer and some controversial choices in its multiplayer aspect. Star Wars Squadrons met the same fate. It was also a victim of the live service system, with extra content slow to release and it ended up losing the public’s interest relatively quickly. Between these two, there’s the infamous Battlefront 2, which became known for its simplistic “by the books” campaign, and its pay-to-win system that it had in the beginning, with much of the content locked behind loot boxes.

Thus, these titles failed to win over the fans. At the same time, they provoked great discussions about the usefulness of the live service system that plagues the modern gaming industry. After deviating from initial estimates, EA turned to Respawn Entertainment to produce a single-player title. So, after many years full of mediocrity, Jedi: Fallen Order was released in November 2019.

The last hope for the Star Wars games

Fallen Order takes place 5 years after the end of the prequel movie trilogies. In other words, we are in the Dark Times, according to Lucas’s chronology. This fact gave Respawn the creative opportunity to present an original story, starring a young Jedi named Cal Kestis. As one of the few survivors of the tragedy of Order 66, Cal will try to restore the Jedi Order, which is on the verge of extinction, with a Holocron containing information about children who can interact with the Force. In the lore, these people are called Force-sensitive.

The player on their journey will meet many new characters, which will help them ease into the plot of the game. At the same time, they will create an emotional connection with them, due to the development of each character and their goals in the story. In addition, the simplicity of the dialogues does not tire you, but it keeps you devoted to the plot and will give you a laugh or two sometimes with the ever-known Star Wars humor.

On the other hand, its predecessor, Force Unleashed, also had a new story to tell but did not focus on it. The gameplay overshadowed the story, which made fans consider the plot mediocre at best. Without it necessarily being that bad.

One of the best parts of Jedi: Fallen Order is its excellent levels. By landing on a planet, you are given the opportunity to freely explore it by choosing more than 1 path to follow. In particular, you can discover secrets, fight with the wilderness or the soldiers of the Empire and collect various seeds to grow plants on your ship.

Of course, if you stand still for a while, you will realize the beauty of the landscapes that are presented around you, thanks to the amazing graphics of the game. Another thing that surprised me and is worth noting, is the effort of Respawn to not interrupt the gameplay by hiding the loading screens in the transition of the planets. Thus, letting you wander inside the ship during the travel. All this gives the illusion that you are playing in an open-world game and … I can say that it succeeds!

However, we can’t find any of the above in Force Unleashed. The levels in this case are simple and with linear paths. They were set up to create some kind of “arena”, which just helps keep the gameplay from becoming boring, but it does not offer something substantial to the experience.

The return of thoughtful combat

Fallen Order’s gameplay makes the difference in the Star Wars game series and delivers a slow and thoughtful combat system. Cal begins his adventure disconnected from the Force, which makes him weak against most of the enemies. For this reason, if the player wants to emerge victorious after each battle, they must have patience and look for the weaknesses of the enemy by defending themselves with their light saber or dodging speed. When an opening is found, they can counterattack using a combination of attacks or the Force.

Over time, Cal slowly regains his connection to the Force, gaining new abilities for his arsenal. At that point, the player can feel the protagonist’s power increase significantly.

In general, the gameplay loop does not get boring easily and the combat system can create high adrenaline battles. The game itself may be relentless in some instances, but that makes it even more enjoyable. Especially when someone has perfected the game’s movement and attack combos. Unfortunately, not all the features can be good. While exploring, the player must go through some platforming segments, in which the movement can feel awkward at times. Also, the game’s frame rate on older systems can be lowered significantly in dense places. This by itself can become quite annoying for the player’s sessions.

On the other hand, Force unleashed aims to achieve something different with its gameplay. Its main goal is to provide entertainment, by fulfilling the player’s fantasy of being the most powerful and complete Force wielder. Something that removes the essential difficulty from the gameplay and gives a more playful feeling.

Is Jedi: Fallen Order still at the top?

Personally, I think Jedi: Fallen Order holds the throne of action-adventure of the Star Wars series. Having managed to bring back the much-loved IP in the spotlight again, exceeding all expectations. In fact, it delivered a complete and shocking experience, something that is hard to find these days. Aside from the minimal problems you may encounter, it’s worth a try even before the release of the next Star Wars titles! Do not forget that we are still waiting for more information about Star Wars: Knights of the Old Republic – Remake but also Star Wars: Eclipse, two titles that excite fans just by their name!

If you liked our Jedi: Fallen Order feature, make sure to take a look at our review for the Assassin’s Creed Valhalla – Dawn of Ragnarök DLC!