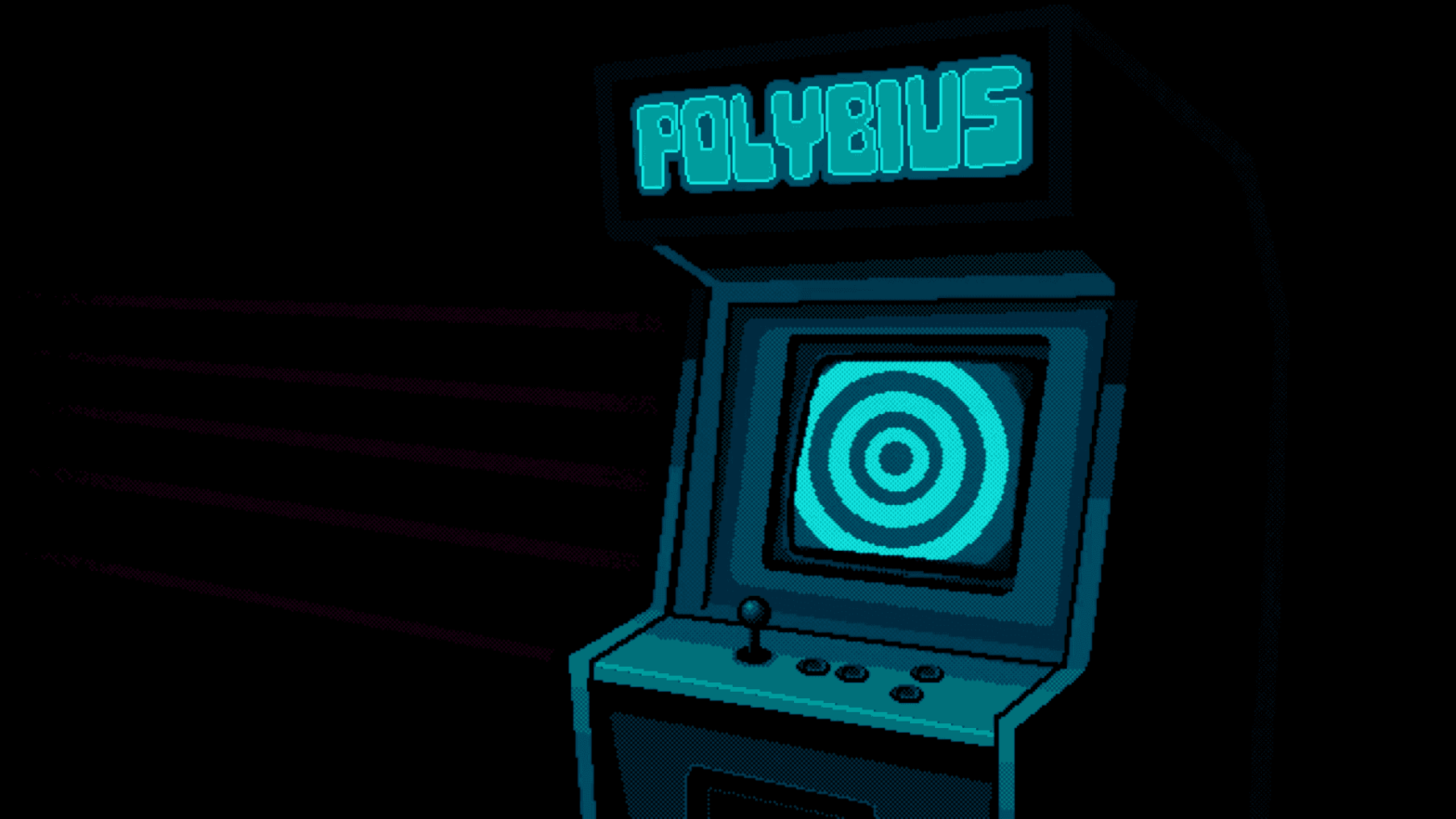 Urban myths are something that exists in almost every region of the planet, usually having a mysterious content or a small creepy theme that makes the story interesting. Even in the field of Gaming, such a thing could not be missing. For those who do not know, we are talking about the classic Arcade Game Polybius and the special story behind it.

Polybius was originally an arcade game that appeared in the early 80’s, taking its name from Polybius (208 BC), a Greek philosopher known for his riddles and cryptographic ideas. The history of the game says that, sometime in 1981 in Portland (Oregon), the game appeared out of nowhere. This is a black box simply written with the name Polybius, which contained colorful patterns and geometric symbols. It was immediately addictive and some stories portray it as almost life threatening.

The game is said to have been a means for the US military to test the player’s technique and endurance in order to recruit him. Others say it was a CIA test as a brainwashing method because it caused epileptic seizures and aneurysms. Especially in the ’80s it was not particularly difficult to develop a conspiracy theory, especially when incidents like the three seriously ill children playing games in the Portland area within the same week reinforce the myth.

Specifically, one child suffered his first migraine while playing Tempest, the second attempted to set a world record in Asteroids by collapsing after 28 hours of non-stop play, and the third suffered a heart attack while trying to break the Berserker world record.

Another interesting story is from a player who claims that while playing, he felt the side effect of brainwashing, losing consciousness and waking up the next morning 60 kilometers away from his home. In further comments he states that he remembers dim images from tunnels that lead to abduction conditions.

The legend is spreading

It is interesting how this story developed but equally interesting that it is now famous. Starting with how the story became known, it mainly happened from an introduction of the game to CoinOp.org in February 2006, a page that contains all the Arcade games of the time as a digital museum. The reference to the page was subsequently refuted and deemed untrustworthy as it is commented that it was created by the owner of the site, Kurt Koller. As a further development of the legend, especially for the American public, Polybius became the subject of documentaries, TV shows, and even an episode in The Simpsons.

The research on this game has progressed considerably, especially with Stuart Brown’s documentary that thoroughly explains the line of the game’s history and all its references. What is needed to show some truth behind the facts is the realization that a story can evolve far beyond what is true, the real facts that make it up and can be verified, as well as just the possibility that it is an exaggeration.

Degrading the legend of Polybius

Starting from a key element that can be commented today and demystifying this myth, is that technology to date is advancing in order to improve the gameplay experience and its evolution. Comparing the first creation of arcade games to old TVs, standing up and without any other activity is more than enough to cause migraines in even the healthiest operator. Continuing on this topic, regarding the child who fell after 28 hours of playing, I do not think there is any need for further comment.

What is more interesting, however, and has been reported historically, are the other two parts of the story that deal with the integration of children into the trawl and the alleged abduction experienced by one victim.

Initially, the issue of policing in these areas, which is combined with the issue of abduction that may have been experienced by one victim, is that FBI agents were then monitoring the shops of Arcade games as there was a big problem with drug trafficking in these areas. According to The Polybius Conspiracy producer Dylan Reiff, a 7-part documentary that also explains the story behind this mysterious game, arcades were not safe at the time, as there was so much gambling in addition to drugs, that the FBI was led to install covert cameras.

This may explain the experience stated by the victim about his abduction as much can happen in a dangerous place. On the issue of recruitment, however, there have indeed been state programs in the United States historically aimed at recruiting young people, even more in-house programs under the CIA (* cough * Project MKUltra * cough *).

Another element that embellishes this particular myth is another link to Polybius and concerns Steven Roach. Steven on the CoinOp page commented that he was among the game designers and that the game was about reshaping the personality. But it turned out that this particular comment was a hoax. While the name is associated with a company in Mexico that actually aimed to study the reshaping of behavior, it is reported that the state had closed the speech of the inhumans through which it used to advance the research.

Was Polybius so harmful after all?

Finally, we must keep in mind that the rationale of the time is quite different from today. Obviously the widespread notion of Professional Gamer did not exist, nor did the more logical approach to games as then, as slightly less now, they were things that pushed you towards evil. These blimblers put you in a bad way the way my mom says. So if in a society where everything that was spread through speech, containing a suspicion of fiction and some connection with reality, it is very easy to create an urban myth and take it even larger. There is no need to even explain medically how you can get a migraine after playing for hours, unless it is in the ’80s in America in a dangerous place while the state has recruitment programs and drugs were slightly in vogue.

As interesting as it is as a story, there are several points that can distinguish it in the real facts and even in the logic of a fairy tale. It is also one of those assumptions that make you go back to the place that paradoxically make the whole thing more and more interesting. Maybe at some point in the future there will be more information about this legend that seems to be just a figment of the imagination. Or maybe not?