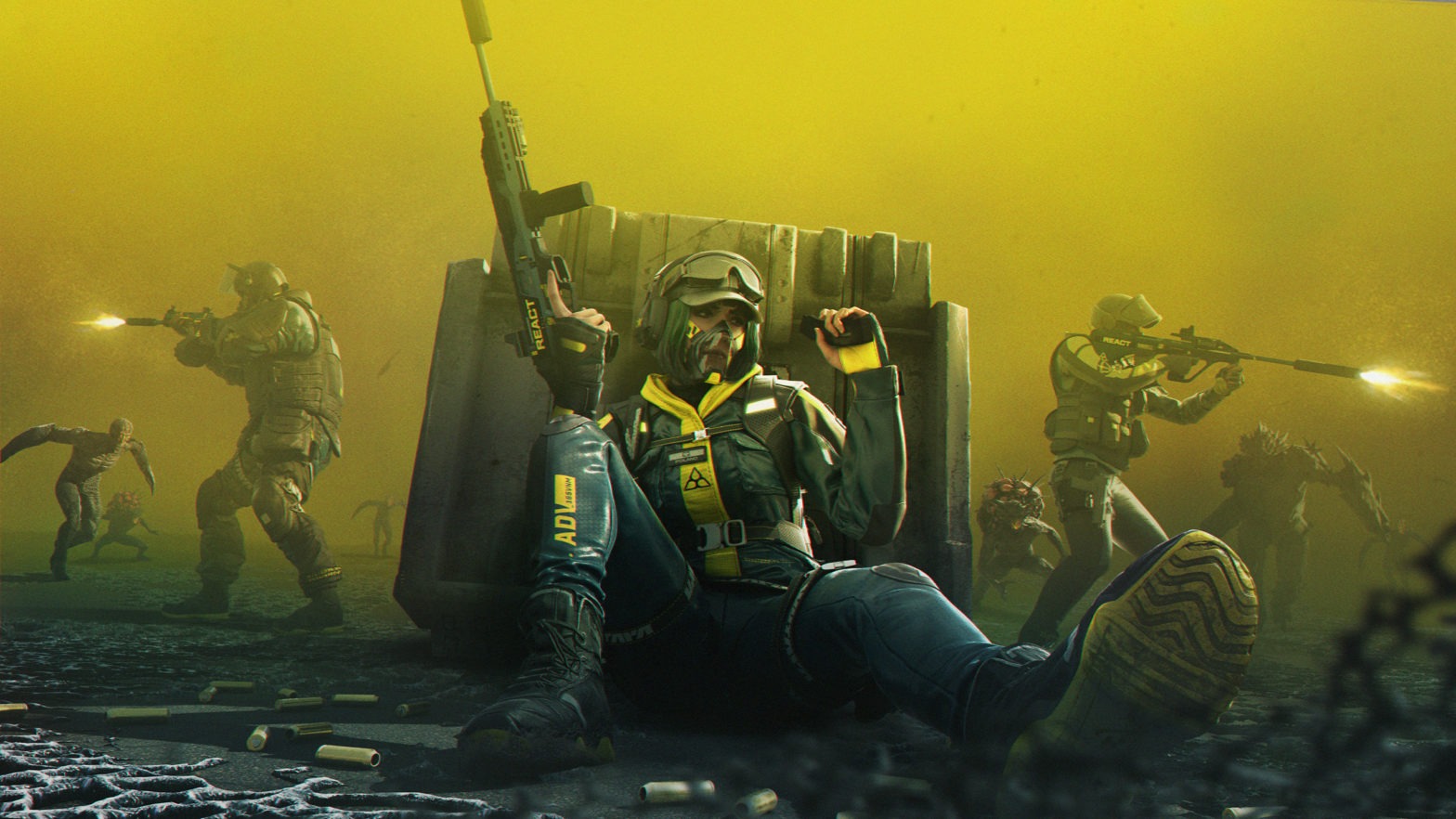 Having played Rainbow Six Extraction for several hours, it is finally time to take a look at the first event, which was already announced on November 14th. Operation Spillover has arrived to add more content to Extraction. Having talked in detail about Extraction in our extensive review, let’s see what good and bad the new Operation brought.

Initially, nothing substantial changed beyond the study of Chimera Parasite and the actions that have been taken. Thus, we meet a new type of “nest” that generates sprawl proteans with characteristics we have seen before. There are three types of enemies you will encounter. The invisible ones appear with a dim blur; you will need to be quite careful with them. There are also proteans with spores stuck on them. Very nice for those who know the game. The third type is elite sprawls with proteans that are stronger and with increased health. All this applied to the proteans we already know.

So your goal is to withstand waves upon waves from these enemies, depending on the nest you have to destroy. It is practically a cross-over between Shutdown and Sabotage mode from the original game. Place REACT Canisters in the nests and you get a specific time to defend yourself.

Initially, in the game, we meet a new character Zofia. For those who have experience with Rainbow Six Siege, this is one of those beloved characters. Operation Spillover is enhanced with her grenade launcher. This weapon, just like in Siege, fires explosive and stun grenades. Extremely useful for defensive purposes, I can say.

Beyond the new character, we meet a new way in which the map functions, as well as a brand new gadget. Starting with the Gadget, REACT Tech provides a new shooting turret. To unlock it, you must complete a certain number of kills first. The turret is quite useful for defensive modes like this, but I do not know if it would be suitable for most of the stealth or run ‘n’ gun missions.

The map, in turn, does not evolve or remain linear. It is simply full of nests, letting you choose which and where to defend. All the Health, Ability, Gadget, and Ammo kits are there, but in limited numbers.

Your primary goal is to destroy these nests. What makes it more hardcore though, is that the mission is divided into 9 stages: therefore 9 defensive phases. In the first two stages you get 3000xp, in the next 3 you get 5000xp, and in the remaining 4 you get 7000xp. The difficulty, however, escalates sharply. In my opinion, maxed level operators are needed and the squad that plays should be communicating and, ideally, be used to playing together. Practically, I could not get to the 9th stage. Because by the time we got there, we reaaaally were beaten up badly already.

Proteans in turn do more damage than I expected, even at the first levels. Therefore, the mode seems to be designed for players who have a bit of experience with these games.

Personally, I found it slightly boring as an addition. It is a serious hardcore defend mode as it should be in the original game and not in the first event. In turn, it makes the stealth elements that dominate the basic game useless, since once the process starts, everything runs towards the area you have to defend. As a result, half of the operators are automatically useless, because their skills simply are not that necessary. Vigil or Hibana, for example, do not have as much utility as Tachanka or Smoke, who can practically limit the enemies and angles you are called upon to protect.

On the other hand, it may be stepping in to offer something different, and as with Siege evolving into something better over time. The devs seem to support the game with pleasure for the time being, as we had predicted in our initial review, so hopefully, this is their game plan, and the content will escalate in quality.

Thanks to CDMedia and Ubisoft for giving us the opportunity to participate in Operation Spillover Early Access.