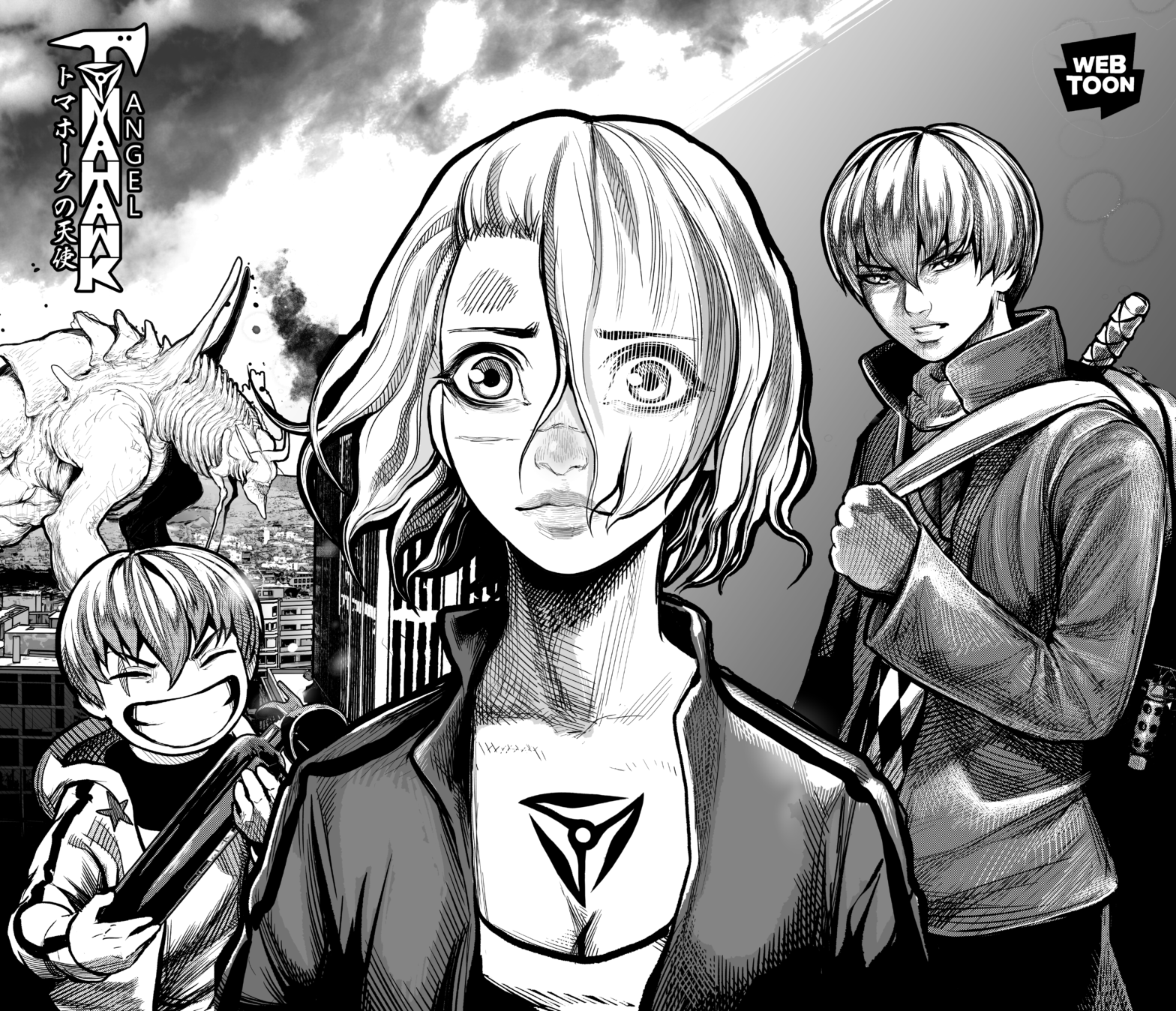 Anime has overtaken and created a powerful fanbase around the world. But what many do not see is the manga tomes behind them. The fanatical audience of manga readers, however, exists. It’s just that many people do not often see the beautiful designs that their artists create on paper. In this case, Tomahawk Angel is a shining example of a well-designed manga. His Greek designer, Odysseas Theodoratos, recently revealed to us some things about his career and inspiration, but let’s review what happens so far in the manga chapters that have been released.

In the first 4 chapters that have been published so far, we see dystopian images of a ruined world in the year 2045. World fossil fuel levels are at 9%, the world percentage of fish is at 0.7% and the Amazon trees are severely damaged. The intro begins with a scientist conducting a seemingly successful experiment. The caption “If God did not want me to come this far … then why am I here” draws a lot of attention. It is interesting that the story takes place in Athens, Greece.

Continuing the first chapter, the reader is transported 5 years later to the year 2050. In the foreground it seems that the protagonist is struck and does not remember where she is. Hearing a sound from the next room, she grabs her Tomahawk axe and moves to investigate. There we see the first ungodly monster devouring a human limb. After a chase, the heroine finds a child who seems to know how to survive, by leading her to the exit while being chased by the monster. Closing the third chapter, it shows a picture of a huge similar monster wandering in the city. And somewhere here the Tomahawk Angel already had me hooked.

Starting with the few images shown in the article, the designs are definitely eye-catchers. Careful with details that beautifully reflect eerie images of a dystopian future. Many artists have designed dystopian themes with their own perspective. Often, it seems that the excessive shadow and dirt in the sketch shows a futuristic character of the ruined world. This is the beautiful difference of the Tomahawk Angel. The designs without exaggeration shape the image properly in order to embellish the development of the character.

The chapters that have been released so far can attract interest on the spot. A character that builds the mystery, a fresh atmosphere that is created, a daring heroine with a vague past and obviously strange monsters. While a dystopia is built, curiosity is simply peaked so that you wonder what is happening and want to dive deeper.

While the future dates in the chronologies are not very distant, the dystopian themes vary in the global catastrophe that the planet has suffered. The interesting thing about this approach, however, is that these phenomena seem quite close for some reason. A world that has not advanced to other forms of energy as it seems. Also, the flora and fauna are destroyed. All of this has its tie-ins to the conditions on our planet right now.

However, it’s likely that not all is as it seems. So all you have to do is wait until next Sunday. Every Sunday, a new Chapter of the story will appear on Webtoon!