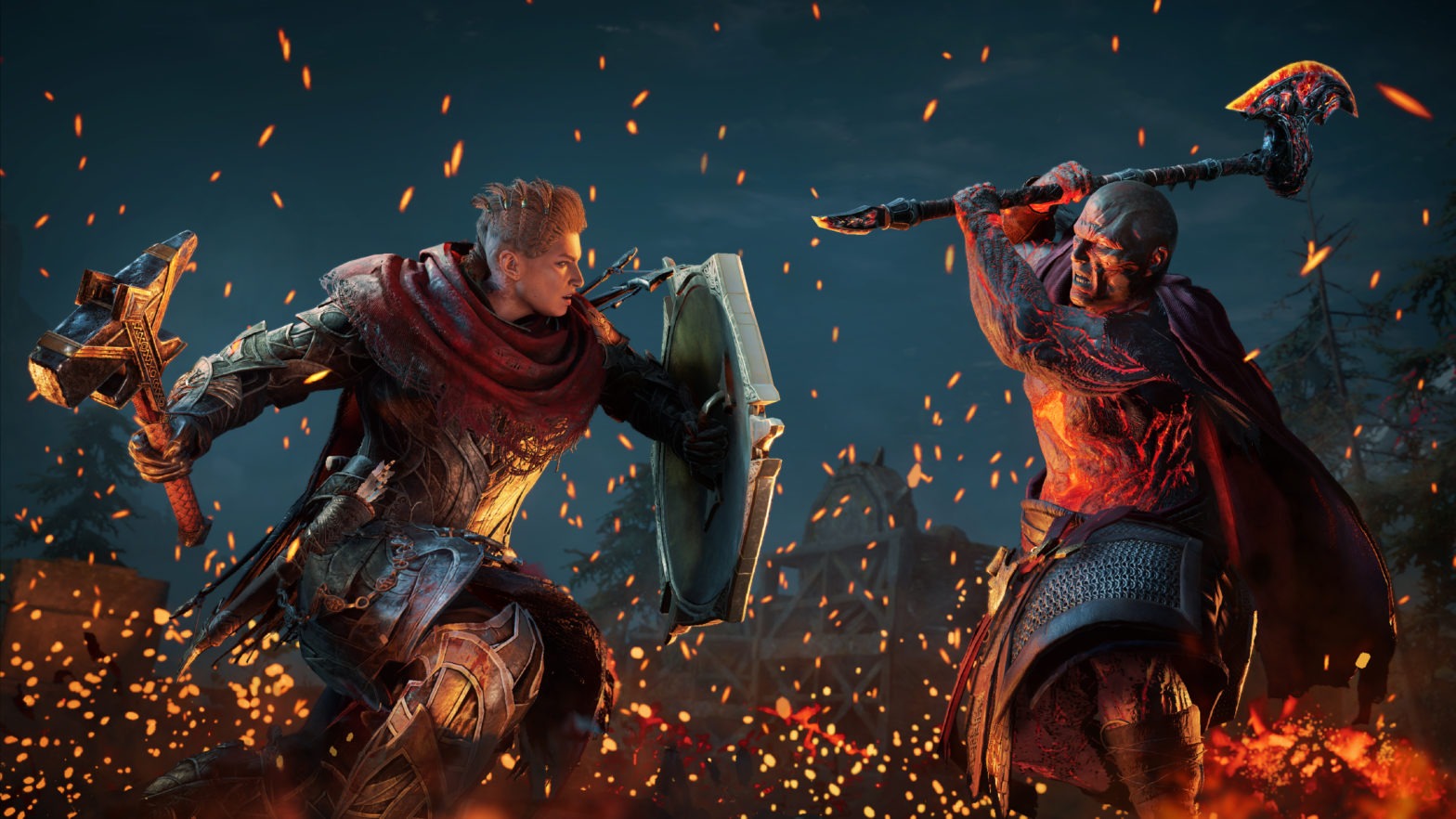 Assassin’s Creed Valhalla may be approaching the second year of its life span, but that doesn’t mean there’s no reason to keep playing. Ubisoft continues to support the game with additional content, even in its second year. After Wrath of the Druids that took us all the way to Ireland and The Siege of Paris that took us… well, to Paris, Dawn of Ragnarok promises to take us on a trip across Norse mythology. Pack your bags Viking, we’re going to Svartalfheim.

Dawn of Ragnarok is part of the grand Assassin’s Creed universe Ubisoft has been building for years, which presents Ubisoft’s own take on history. It’s a form of alternative historical setting focused on the Templar v Assassin coflict. Of course, sometimes we’re lucky enough to explore folklore quite literally, and we witness Ubisoft’s re-imagining of some wild scenarios. And this one of those times. Eivor goes all Odin on us and takes into goldy duties, trying to resolve a disagreement, a misunderstanding even, that will lead him to an adventure in the realm of Svartalfheim.

All you need to know about Dawn of Ragnarok

We had the opportunity to watch a behind-closed-doors presentation of the new expansion and like we had many questions, I’m sure you have too. Initially, Dawn of Ragnarok releases March 10th for all platforms. You can buy it directly from Ubisoft’s website, where you can get the Twilight Pack as a bonus. The extra pack contains cosmetics, armor, and weapons. Dawn of Ragnarok offers up to 35 hours of new content.

You do not need to have played through any of the previous expansions to follow Dawn of Ragnarok’s story. It would be nice to have completed the game, but even if you haven’t, Dawn of Ragnarok gives you a significant level boost so you can take on even the strongest enemies without breaking a sweat.

Of course, new weapons and powers accompany you in this new adventure. Odin has some abilities that obviously go beyond the power of man. He can turn into an eagle and observe the surrounding areas, while in battle he can resurrect defeated enemies, who then fight on his side. Stat boosts, teleporting over short distances, there’s a little something for everyone.

There is a brand new weapon class, the Atgeir. Long pole with a large blade on the edge, exactly what you need for longer-range attacks that can hit more than one enemy. In addition, the other weapons at Odin’s disposal allow him to take over his opponent’s powers.

Not gonna lie, I’m a big fan of the way Ubisoft handles the Valhalla expansions. Each expansion pack is put together by a different studio so that there is a constant content flow, without it ever becoming formulaic. Dawn of Ragnarok is made by Ubisoft Sofia, the people behind Assassin’s Creed III: Liberation and Assassin’s Creed Rogue. I consider Rogue to be one of the series’ hidden gems. In short, what you can expect from the new expansion is a very tailored experience. But don’t just take my word for it, watch the Deep Dive Trailer that Ubisoft has put together showcasing all the new features: