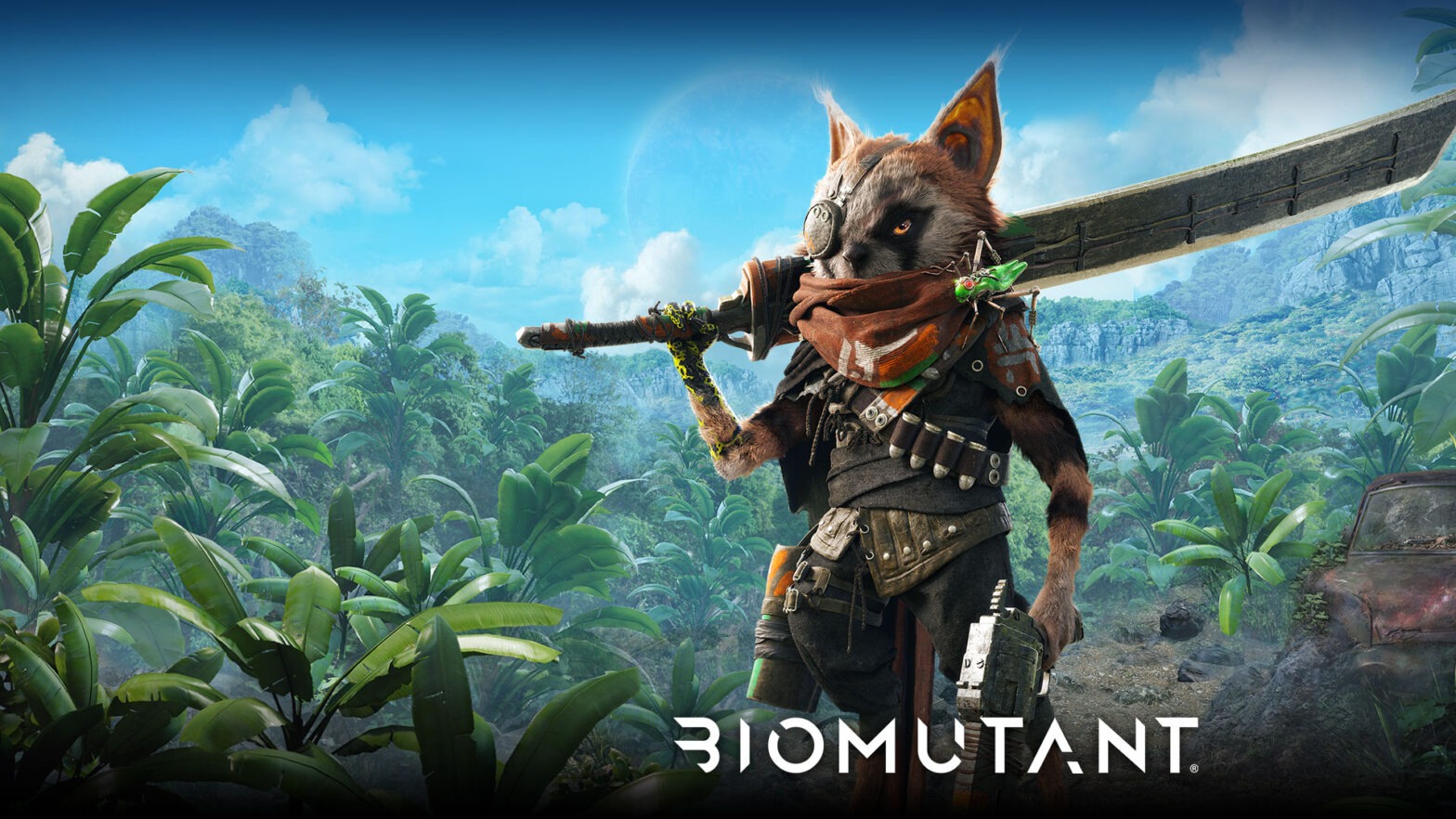 And as we wait on the 25th of May to get our hands on the new Biomutant, a trailer has been released that sheds some light on things. While we already know that the game is an Action RPG, the video explains the what and how. But let’s see in detail what THQ Nordic published.

As with all self-respecting RPGs, Character Creation needs to have its place. In Biomutant it seems that the player will be able to change the appearance and characteristics of their hero. As is shown in the video, the attributes can be manipulated by the user as desired. This means that the player can boost the statistics that are important to each individual’s game-style: Agility, Strength, Charisma, Vitality and Intellect.

Going deeper into the Customization, it seems that indeed all the features will be customizable. The clothes for instance have a special design to fit the character. In addition, weapons are made with items you find or buy in the game. Each weapon part has its own quality level, a material it’s made of and obviously a shape. Damage, speed and all these features are regulated by the player when crafting the weapon. So it seems that everyone gets to choose accordingly.

The Tribes, as mentioned in the trailer, have an impact on both the course of the game and on the evolution of the character. There are 6 different tribes with each their own leader, called a Shifu. The Shifu is a master in a certain way of fighting. Obviously the whole tribe is concerned with that same specific way of fighting as the leader. At the beginning of the game, the player is asked to choose one of these tribes and create a pact with them.

The tribes which are mentioned are in dispute. They are mainly divided into 3 tribes that support good karma (Light Aura) and the other 3 that support evil (Dark Aura). While at the beginning of the game it is necessary to choose a Tribe, throughout the game the player can change tribes. This affects the further development of the game, as everything revolves around the tree of life that is influenced by the auras.

In Biomutant, this can be seen as the central theme of the game. Since the game describes a post-apocalyptic scenario, as is always the case with this theme, survival plays a key role. On the Light Aura side, everyone focuses on the survival of the tree. At this point it is worth mentioning that the tree plays a purely symbolic role. In this survival, then, the bright side tries to keep the tree alive.

Dark Aura, on the other hand, tries to do the opposite. No, they are not just bad guys who want to kill everyone. They simply claim that with the destruction of all, there will be purification and through it, something new will be born. There the choice of the player comes into play and impacts the development of the story, determining the end of the game.

Ok let’s start with the basics. The character is a mouse that carries a huge sword and is trained by other mice in martial arts. HOW COOL IS THAT? It goes without saying that from the title Biomutant it is understood that it has to do with mutations. In this case it concerns various forces that can be combined with the play-style of each player.

The “coolest” mutations shown in the video are familiar. Electricity coming from the fingers or various long range attacks. What excites the interest are also the mental mutations, such as the player flying or practicing telekinesis. Even more interesting are the mutations that are combined with more physical attacks, such as a mushroom that appears in front of the player to jump on… But the very best thing is that these mutations can be combined.

As shown in the trailer, the game encourages exploration. It seems that during said exploration, the player will have a lot of room to search. It is also commented that it will be interesting, as each location will be unique. In practice this is difficult to achieve, but if the game does succeed, it should be perfect. Creating a world that is not repetitive and encourages exploration has always kept the curiosity and the interest of the players.

Finally, Biomutant, as it is precisely commented, is a: “Open world post-apocalyptic kung fu fable”. Sounds like words thrown in a blender, but still interesting. Not only does it seem to have potential as something different, but it also shows potential for a beautiful story. Practically, if it is a good RPG then it will have several endings to choose from and everything you do will matter… But then again… You are a mouse with a huge sword that practices martial arts… Beat that, Pikachu…