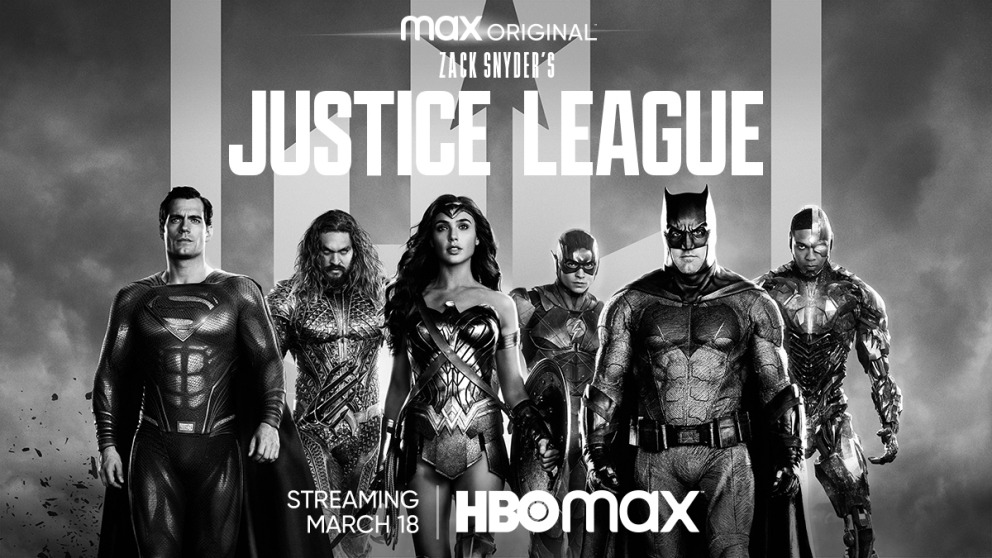 November 2017 and I look forward to entering the cinema. The reason was none other than the premiere of DC’s Justice League! The room lights go out and the movie begins. During the screening I quickly realized that something had gone wrong with the film. I had a feeling that there was a vision that was shattered. The impression was that the studio and Joss Whedon created a Frankenstein monster. A film that did not consistently focus on themes from existing films in the DC movie universe. A film that had different perspectives, from two completely different directing personalities, which of course did not fit at all. What was given in the end was a desperate attempt to radically change the course and vision of the film. As I finished screening, I realized that we would never see Zack Snyder’s true vision for the Justice League.

The period between November 2017 and May 2020, was crucial for Zack Snyder’s film. Efforts were made by countless fans of the director, demanding the release of his own version of Justice League. They asked for the film he made before his departure for serious family reasons. Before the interventions that took place by the studio of Warner Brothers and Joss Whedon. People were desperate to see the Justice League SnyderCut. #ReleasetheSnyderCut became one of the most successful trending hashtags on Twitter! Thus, a great movement was created that pushed the studio to release Zack Snyder’s film. Considering the significant pressure, Warner Brothers decided to release the film.

The green light for Zack Snyder’s Justice League was given due to the launch of the HBO Max subscription platform. It is clear to everyone that Warner Brothers allowed the release of the film to attract the interest of the public to their new platform. And indeed, it is a smart and successful strategic move. But the winner in this case is not the studio, but Zack Snyder and the audience. Zack Snyder managed to set a non-negotiable condition for the release of the film: the absence of creative intervention by the studio! The film is entirely his own vision and that of the actors.

As for the plot of the film, it is obvious that it is built on the same framework as that of the cinema version. But, Zack Snyder’s version gives more space and time to develop the scenes and the interactions between the characters. Snyder allows for events and situations to breathe and evolve accordingly. As a result, there is a logical connection between scenes, allowing for a natural flow of the story. The degree of forced scenes is also dropped significantly. Therefore, each moment adds a little stone to a much larger pond that composes the wider plot.

The film offers some great moments, which makes it a real pity that many of them were cut from the original release. I feel that the film is complete and fully explains the narrative it set out to bring us. This in contrast to the Whedon version, which did not offer anything substantial and imaginative. Evidently, with a four-hour runtime, there is likely still some room for cuts. And indeed, the movie is split up in “parts” which HBO Max likely had intended to release as separate episodes in their original release plan. But considering the overall arc of the film’s story, I believe the full feature has something more to offer. It’s present in the building of relationships between characters, in creating the mythology of the world, and setting up the expansion of the DC universe.

The 2017 theatrical release deprived many characters of the time they needed to evolve. It even robbed them of a sufficient background or origin story. The result was a shoe-horned selection of heroes; where no-one in the audience but the super fans cared about them. I believe that in Zack Snyder’s version the biggest winners are Cyborg, Flash and Steppenwolf, as we now get the time to get to know them, to learn their intentions, their goals and their vision on the world.

All in all, the main characters now take their time to take their first steps, and excel. They are offered the necessary moments they sorely needed to develop. But the most important thing is that in this version of the movie, the Justice League is a team! At the film’s crescendo we see them work together, plan, fail, and bring small and big victories. In the end, they triumph together. In the end this is the most important of all. What I describe above is exactly what was missing from the cinema version of Justice League. I am extremely happy that the film managed to offer this this time around!

In the 2017 version, the decision was made to remove moments of heroism, moments that offer weight to the characters and substance to the story. Only for them to be replaced by a flat-falling joke. I can imagine the reasons, for this choice. But just trying to copy the already successful Marvel formula, and inserting your own bad-tasting jokes and embarrassing moments, that do not fit into the atmosphere of the story, does not help you achieve something substantial.

On the other hand, Zack Snyder’s film has humor and uses it where it’s needed and for as long as it’s needed. It also has some fun moments that contribute to the overall story arc and tying together the characters. Therefore, the Snyder cut uses humor optimally, and this provides a better overall result then trying to copy Marvel.

Cyborg, The Flash and Aquaman

Victor Stone – aka Cyborg – is the heart of the film. As throughout it, we see parts of his life that define him as a character. We see a man – half machine, fighting over what he ends up being. In the beginning he doesn’t accept who he is, what he has become and his newfound purpose. Right when it matters, he is called to face his biggest temptation and triumph over it.

Flash then, is perhaps one of the most important and decisive characters in the film. In Zack Snyder’s version, Flash isn’t the awkward comic-relief, as he was in the cinema version of 2017. His role is more substantial and he is given important responsibilities to fulfill. We also learn more about his father and his origin. All this allows his character to evolve, and helps to understand his motives.

Arthur Curry’s character, a.k.a. Aquaman, also got some more direly needed screen-time. It becomes clearer why he does not want to help Bruce from the beginning, we even get to see why he has this attitude both towards his people in Atlantis and mankind.

As a main antagonist, Steppenwolf, has a renewed and more substantial impact in the film, as he is given the necessary time to explain his motives. Steppenwolf is not just an evil cliché character, who is out to invade and conquer the world. His character path is now more closely intertwined with that of Darkseid. At the same time, his design and what he achieves in the film are a significant upgrade from those of the cinema version. Steppenwolf is dangerous, threatening and determined to succeed.

On the other hand, I think all of us watching the trailers, were properly prepared for Darkseid. Darkseid is a horrific presence and his role may not be so crucial in the film, but his need for power and conquest becomes clear. He is dangerous and he is angry. Ray Porter does an exceptional job on voice acting. I can not wait what he has in store for us.

Bruce Wayne and Diana Prince are the main link in the team. They are the two main factors that will approach the other members and try to unite them to face the impending threat.

Once again, Bruce Wayne / Batman is more useful in the Zack Snyder version, as he is the team organizer, the one who will give instructions on how to approach every situation. I think Batman’s action is great, especially in the final battle where his utility was used to the fullest.

Wonder Woman was our main source in learning more about the threat the team is facing. But, at the same time, her battle scenes were great and her clash with Steppenwolf was superior and it had great choreography. Zack Snyder flawlessly manages to create Wonder Woman battle scenes and action!

Superman is one of the most important characters in the film, especially in its escalation. His return is a very important factor in the outcome of the plot. As for the black suit, while I fully understand its function, the film does not explain its usefulness, while the colors were also very close to those of the Batman costume, so there is something in common between them, which did not suit me so much. Overall, however, his role was crucial, his return was moving and I hope his story continues.

Tom Holkenborg, aka Junkie XL, was the main composer of the film and his music offers uniqueness to it. It even elevates it. In particular, it also offers an epic feeling and creates a mysterious and mystical atmosphere in some points. All this adds extra imagination and gravity in several moments. The music ties in perfectly with the film, matches its themes and of course its characters.

In conclusion, Zack Snyder’s Justice League is the film that the director had promised to his audience from the beginning, but is also something more than that! Zack Snyder manages, in full four hours, to develop his characters in depth, to motivate them and to evolve them. At the same time, he succeeds in creating and building tension and then decompress with the developments that take place in the plot. This results in the creation of an interesting script that keeps the viewer’s interest undiminished. It is very important that despite the large length of the film, there are no major and significant problems in the pace, as momentum is constantly being built!

Zack Snyder’s film has better dialogue, better action and battle scenes, and fewer plot-holes. At the same time, it justifies and completes some points from Batman v. Superman – Dawn of Justice. While, finally, there are small references and plans for where the story could go. If he ever comes back to direct…

The wait was worth it, but I’m thinking about the outcome for DCEU, if the film had been released properly then, in November 2017. We’ll never know what might have been.