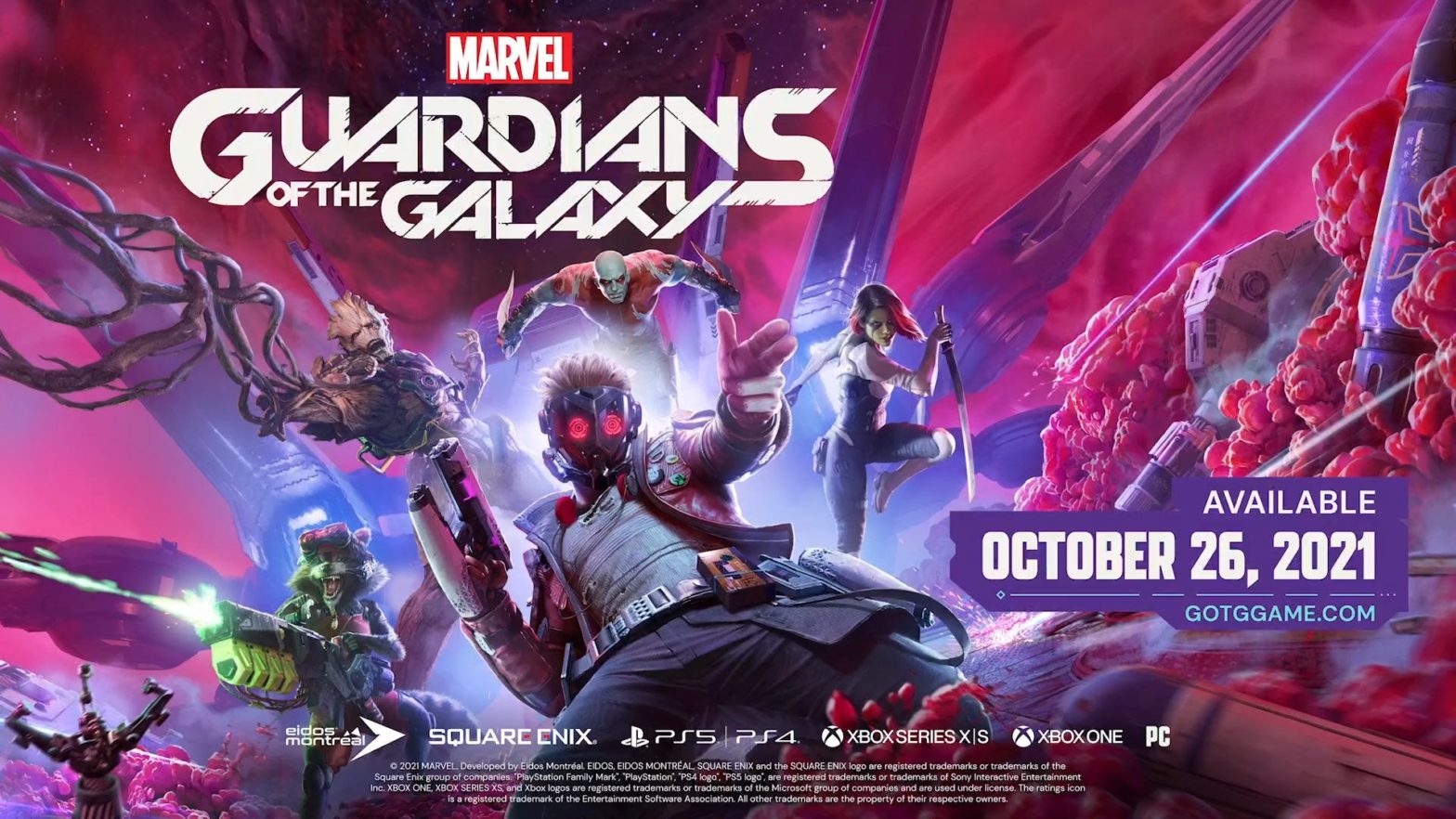 Bringing the group of intergalactic misfits into the discussion, we have many reasons to be excited by what we have seen. We are excited about comics, we are excited about movies, obviously a Guardians of the Galaxy game would be what we would like to see next. So at this year’s E3 we saw the trailer of the upcoming Square Enix title, by Eidos Montreal. But let’s see what information we have:

And yes, the main character will be Star Lord, or Peter Quill. While it might be possible to play with the whole team, as in the Avengers, here Gamora, Rocket, Drax and Groot just frame the game. As commented by Patrick Frontier, this was done deliberately. In his remark, he told us that “when you are part of a team, you do not agree or disagree with everything and everyone constantly”. So in the game, the player will be called to make decisions through dialogue. That is where the other Guardians take a step back, and through these decisions you will make the outcome of the game clear.

While the game has different choices throughout, it does not seem to have different endings. So its ending will be common to all. Bearing in mind that Eidos Montreal’s game will be a pure-bred single-player third-person adventure, we look forward to seeing it stand up to the legend of the Guardians, and especially the hype surrounding the movies.

As a central theme, the Guardians of the Galaxy are trying to fix a galactic problem. Apparently, Lady Hellbender is the bad gal. Your objective as a group is to chase a rare monster that Lady wants. Probably, like in the comics, she is looking for this particular monster to bring it to her planet. Through the comics, we know that this particular villain is related to Fin Fang Foom who is hunting the Hulk in the end. Perhaps this game will serve as a setup for later? A Bruce Banner cameo, maybe? Can we make the Marvel Video game Universe a thing already?

This version of Guardians of the Galaxy, like the villain, is from Earth 616. However, the game has nothing to do with Spider-Man or the Avengers. It will take place in its own universe. Which gives us the idea that it will be better than the Avengers game.

Guardians of the Galaxy, or an Avengers do-over?

It is originally made by a completely different studio. Unlike the Avengers, although it was also Square Enix, it was developed by Crystal Dynamics. Guardians of the Galaxy is designed by Eidos Montreal, the studio that created Deus Ex and Tomb Raider. The key is that a Marvel game with this content will have taken some lessons from the trial and error of the rest.

Regarding the problems that the Avengers had, they seem to have already been avoided. First, there is no problematic clutter of characters if there is no gameplay with many characters. This was one of the biggest problems in the Avengers game. The Avengers were also full of small events, even during the battle, which greatly surprises the players. While in the trailer we see several reactions among the players, we believe that it is something that will not be repeated, at least in the same way. Finally, it seems that the Guardians already have a lot of interaction with each other. Unlike the Avengers title, which was obviously missing.

We got Marvel, we got Guardians of the Galaxy, we got glowing and sometimes cheesy humour. And, five fan-favourite characters. The studio that has taken over has deep experience in this kind of games, so we can only hope. Fulfilling content and a proven, experienced studio at the helm are solid foundations for a successful title. Fingers crossed that we get to see other characters like Mantis and Cosmo too!
But for now, we’ll be waiting until October 26, 2021 where it will be released for Xbox One, Xbox Series X | S, PlayStation 4, PlayStation 5 and PC. If you’re looking for another Marvel fix, be sure to check out our article on Marvel’s Loki to get you ready for watching!