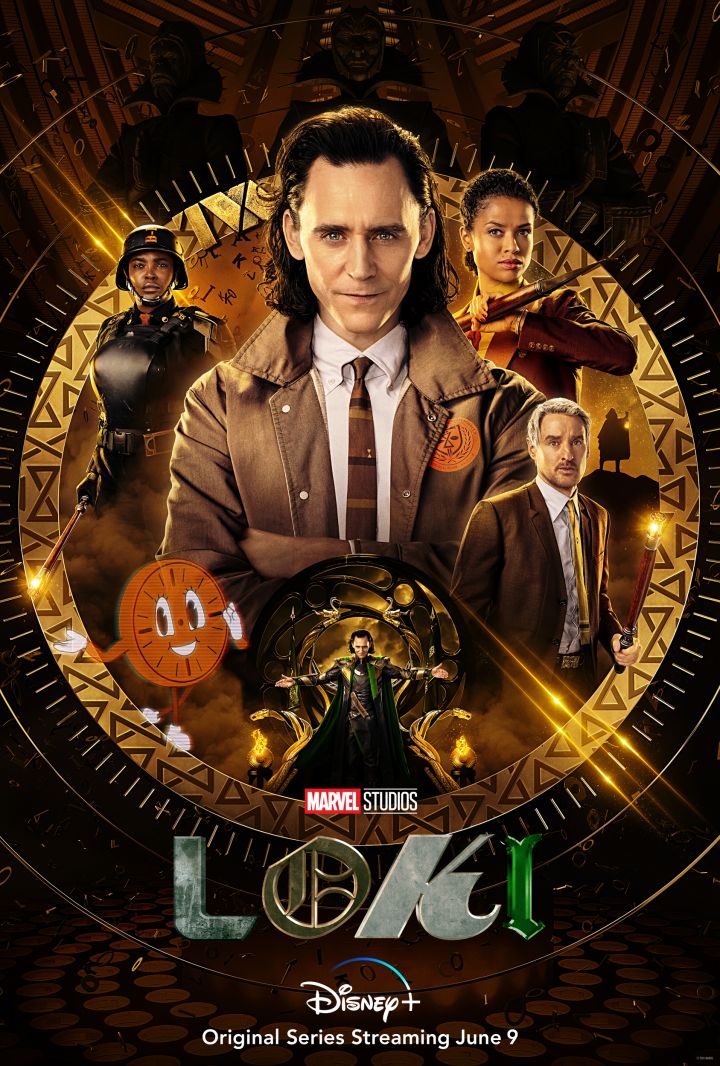 Marvel and Disney seem to be hell-bent on making the best of this global pandemic, and its home-office woes. WandaVision got to kick off the next phase in their production line, followed closely by The Falcon and the Winter Soldier. Now, after a short pause of a couple of weeks, comic book fans can rejoice in the freshest and seemingly bizarre adventure of Marvel’s Loki. Its first episode is available to watch on Disney+ right now, and a new episode releases every Wednesday. An incredible, tasty pick-me-up to get you through the week if you ask me!

Evidently, if you’re reading this and haven’t seen anything else ever made by Marvel, you’re going to have a hard time to understand just what is happening here. At the very least, you’ll need to have watched the last two Avengers movies, Infinity War and Endgame. We’ll quickly recap the relevant events here, so you can dive right into Marvel’s Loki afterwards. Only spoilers for existing Marvel content follow!

It’s interesting to see that Loki (along with a good chunk of the Asgardians) dies in the opening minutes of Infinity War. Loki, in a last desperate attempt to save his brother Thor from the Mad Titan Thanos, pledges his undying fealty to him and bends the knee. As he is the god of mischief, however, his parlour tricks, knack for betrayal and backstabbery is well known to Thanos.

His caution is proven right mere seconds after, when Loki attempts to brandish his knives in Titan blood. Thanos might be mad, but he certainly is no fool. Watching for such a move, he stops Loki’s daggers just before impact, deciding that he’ll take Loki’s life over his fealty after all. Loki is slowly choked to death until finally his frost giant windpipe gives in and cracks under the pressure. Dropping dead at Thor’s feet, with Thanos lamenting “No resurrections this time”.

And that was that. Loki is dead and this is even confirmed by the Russo brothers, directors of Infinity War and later Endgame. With even Thanos’ line for Loki, it became pretty clear that fans of Loki and Tom Hiddleston alike had no real hope of seeing him return in any future projects.

And then, Endgame pulled the wool over the eyes of many. By introducing time travel for the Avengers as a way to return to the past, assemble the Infinity Stones, and defeat Thanos even after getting their asses handed to them. In spectacular fashion, the Avengers pull of the mightiest ‘time heist’ ever seen. However, Hulk does accidentally interfere in one of the old revisited timelines, by smacking 2019 Tony Stark harshly in the face with a door. The Iron Man’s freshly (re-)acquired Tesseract flies out of his suitcase, and slides conspicuously over to a 2012 Loki in chains.
Loki wastes no time, and ejects himself out of imprisonment by teleporting away, to a new timeline that never should have been.

Once time is no longer a constraint, this opens a myriad of new opportunities and Marvel projects of course. And it is right in this twilight zone where everything is seemingly possible where we find ourselves. So while Thanos is many things, he definitely isn’t a liar. Marvel’s writers just found a little loophole to give the people what they want.

Right at this point is where the new series, Marvel’s Loki, picks up. The 2012 Loki is now free once again to run amok and find new ways to thwart those blasted Avengers. Or is he? While Loki definitely would like to pretend he’s still a very much a god and master villain, the reality is that he’s been surpassed in evil levels, as well as in his anti-hero personality. Only, he doesn’t actually know all that yet. What, then, is the role for the former god of mischief?

One thing is for sure, the TVA or Time Variance Authority is about to make its debut into the Marvel Cinematic Universe. This bureau is well known by comic book readers. These guys usually only get involved when someone starts messing up the timelines beyond recognition. Judging by the orange ‘TVA’ stitched onto Loki’s new jumpsuit, complete with neck collar, there’s a pretty good chance that things are about to get a hell of a lot weirder. After all, they wouldn’t send in the TVA for a little mischief, right?

Yeah. I don’t know what it’s going to happen, but it definitely looks like a fun ride of 6 episodes.

Should you watch it?

As seems to be the custom currently, Marvel is using the small screen to flesh out specific characters. So far, it’s mostly the smaller characters. The B-list who weren’t big enough to get their own film or deepened origin story just yet. Disney has been pushing character arcs and setting up future narratives in WandaVision and The Falcon and The Winter Soldier. So there really is no reason not to expect the same from Marvel’s Loki. The first episode offers a delicious delve into the dangers of time travel. Furthermore, it gives Loki the chance to develop in ways that just aren’t possible as a villain.

As such, I can wholeheartedly recommend its first episode. With its aura of timelessness, mischief and fragile ego’s (as well as a banger soundtrack), the promise of prime superhero entertainment is unlikely to disappoint.
Plus, we’re getting Owen Wilson as Agent Mobius. What’s not to love?

If you’re hungry for more Marvel news, check out our article on Spider-Man: No Way Home!