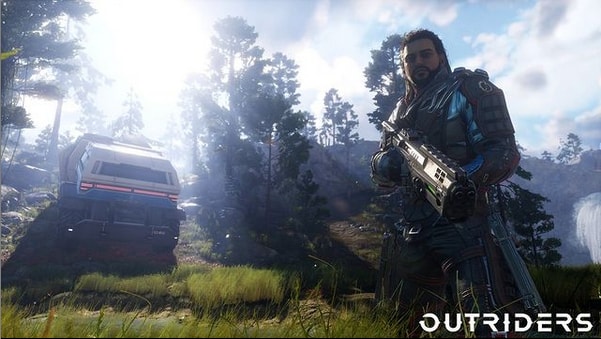 Outriders changes to the game

The Demo of Outriders had some issues. I mentioned those in my review of the Outriders Demo and I also said:
“I hope most of it will be ironed out in the final version of the game.”
And boy did People Can Fly deliver. Last week I updated the review of the Outriders demo with the changes that they already made. Now for the Outriders launch they are going to fix even more issues.
People Can Fly is working like a bullet train to fix bugs and problems players were having. And on all platforms on top of that. That is not an easy task with 2 generations of consoles being relevant.

Some of the issues they fix for the Outriders launch are:
– Fixing bugs on Legendary weapons.
– Balancing items, mods, enemies and loot drops based on the data they collected so far.
– Improvements to the Cover System, I don’t know who was using cover but some people were apparently.
– The Travel Voting System gets some improvements.
– Extra information about cooldown mechanics for Mods is added to their description.

Crossplay will be taken out of Beta and on by default. If you want to turn it off you have to do it manually. And in order to play Crossplay everyone has to have the option turned on. So be mindful of that.
Some quality of life changes are coming as well. Inventory management is getting a Quick Mark option to mass-mark items based on rarity. Or you can keep the old system and mark everything individually.

People Can Fly is going like a train to make the Outriders launch as smooth as possible for everyone. They want to deliver a good finished product where you get what you see and they want to do it right. I just love that mentality from a developer.

Good news for console owners, Xbox pre-loading is live right now and Playstation will start 48 hours before the release. And PC players drew the short straw. Due to how online stores are set up with their daily refresh cycles the PC launch is at 17:00 BST / 09:00am PDT. If you took a day off to play Outriders on launch, steam will only release it when their store refreshes.

Square Enix has chosen 17:00 BST so they can ensure maximum amount of support and staff to deal with any launch day issues. Yes they are going to make sure that anything that pops up, gets fixed asap so everyone can enjoy a smooth Outriders launch.