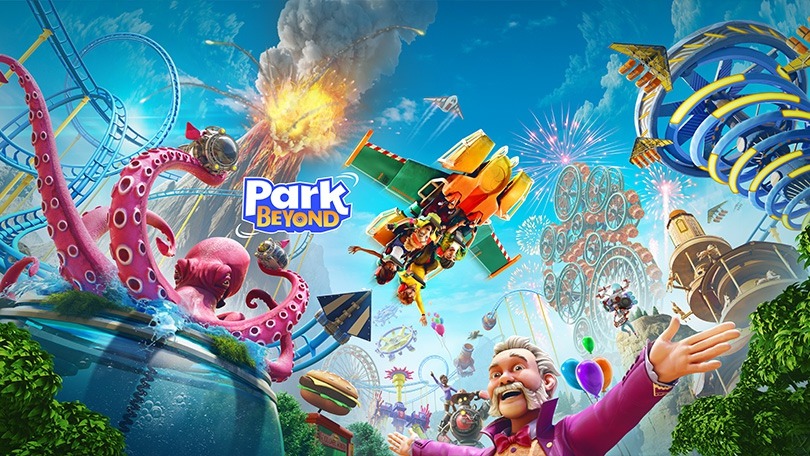 The nice folks over at Bandai Namco contacted us a few weeks ago. An alluring sit-down was on the table, allowing us to get the sneak peek on a brand-new project that their new partner would be unveiling. Of course, we said yes. If I had known we’d be discussing topics such as ‘impossification’ of modular coasters and building the theme park of your dreams, I’d probably have forgotten to sleep beforehand. If you wish to check out the trailer first, you can do so below, as well as on their website. So without further ado, let’s dive right into Limbic entertainment’s entry into the theme park management world.

As soon as the presentation started, you could see the creative director’s face light up like a kid at Christmas. He’s clearly full of love for this game, and it sounds like the developers had a ton of fun with the designs. Not to mention that they’ve been tight-lipped about their passion project for the past two years, too. After all, there’s not a lot of jobs where you get to sit down, take a classic coaster ride such as a Ferris wheel, and find a way to slap 10 more Ferris wheels on there. Only to then go home and practise Shaolin monk levels of self-constraint, not telling anyone what you’re working on. Right away it’s clear, these Germans are relieved to finally get loud about their work, and they’re looking to take theme parks to the next level.

Park Beyond: the theme park of your dreams

Or, actually, beyond your dreams. That’s what Park Beyond is all about, we’re going beyond dreams here and making it constructable. So much so, that the developer team had to invent a new term, ‘impossification‘. This is the cornerstone upon which Park Beyond is built: to create over-the-top theme parks that declare open war on gravity itself.

Would you like a clockwork carrousel with a second level stacked on top? Not a problem. Want to break the world record for amount of soiled underwear per ride? Just catapult the entire coaster cart across a lake for the second part of the ride. How about a ride with tiny submarines in the arms of an octopus who’s dunking you like you’re a doughnut in a cup of coffee? Oddly specific, but go for it, friend!

Oh, and if you want to see just how vomit inducing or awe-inspiring your latest creation really is, you can experience it in first person too. Impossify, experience, vomit, repeat.

Park Beyond: choosing your theme

The appeal of theme parks is of course, well, the theme. Building out an entire park to mesh well with your chosen theme is a large part of the fun. So far, two have been unveiled: Candy Land and Wild West. The first one is absolutely bathed in pink and purple, with saucers, pie, doughnuts, you name it. The second one is, of course, a classic. Lots of wood, vultures and saloons if you’re looking to go full West world.

It should be noted that you will not be restricted to just one theme. You can combine any themes and make new rides, shops, houses, … everything is adjustable. Fingers crossed for an alien theme, so I can make a theme park based on the world’s best film: Cowboys & Aliens. Or perhaps a world war two theme pack? ‘Candy land goes to war’ is sure to be a hit theme park with the kids.

OK, so we want to make impossible things possible. That requires a system of building that will allow you to do a lot of experimenting and trial-and-error building. For this reason, Park Beyond is outfitted with a modular, node based system of building. To avoid making coaster design a chore, it’s a playful drag-and-drop kind of deal. Simply put, if there’s a node available, you can try and slap a new component to it and possibly invent the world’s most awesome ride.

Want to have a coaster that’s one part land, one part water and one part air? Totally possible, because the people at Limbic present you with an impossified cart: the omni-cart. Set it to change into hovercraft mode and let your customers skid across any and all water surfaces. Or deploy the wings and drop them off at the neighbouring theme park. Any lawsuits are their problem now.

Parking beyond the narrative

All of this feels positively titillating, but could easily become somewhat overwhelming. Luckily, Limbic entertainment isn’t looking to razzle-dazzle you beyond the learning pace you’re comfortable with. You’ll get the chance to take on the role of the new visionary architect, and get narratively driven step-by-step. This campaign promises to encompass about 30 hours. To assist you with your new role, there’s a supposed cast of colourful characters. Some of them will be hostile, enemies looking to see you fail. Others will be allies, intending to give you helpful pointers for success. So far, we know about two: Phil and Izzy.

Phil is the enthusiastic park veteran, he’s been around the block. He’ll assist you in dreaming up your park and shaping your vision. Izzy is your park’s stern but friendly CFO executive. She’ll be analysing your budget and making sure your ideas land where it counts, the profit tallies.

The complete array of characters will be made known in the coming months. Limbic entertainment is highlighting that there will be conflicts, twist and turns between your allies and enemies. You’ll get to take some sides and make some choices in there as well, skewing your park’s development one way or another.

One way you will encounter these effects are pitch meetings. Limbic wants you to be in the centre seat as the visionary architect, so that means you will have to pitch your creations to a board of stakeholders too. Getting them onboard with your plans, themes and solutions will be crucial to your park’s longevity. Hitting certain mission milestones will help steer you in this regard.

If you’re not interested in someone holding your hand, don’t worry. The sandbox experience is likely where you’ll be racking up the real hours. You can also rely on extensive reports and metrics; visitor happiness, budget, staff, visitor needs, shops, loans, events, training, equipment, salaries, …

With this wealth of data, you’ll know exactly where your bottlenecks are. Worthwhile insights will allow you to min/max everything, and you’ll be squeezing every ounce of efficiency out of your theme park. You’re also here to make money, after all!

If you’ve ever played Rollercoaster Tycoon, it seems we’re getting the modern version of this game with even more depth and tools at the budding park builder’s disposal. Overall, it sounds like we’re getting a technically satisfying and spiritually brightening park management game.

Park beyond is scheduled for 2022, and will be a single-player experience. You will be able to start your new park franchise on PlayStation 5, Xbox X|S and of course, PC. More news will be revealed in the coming months, so stay tuned!
In the meantime, if you need an upgrade to your PC rig, so you can play Park Beyond in the glorious 60FPS it deserves, check out our MSI GeForce RTX 3060 review right here.