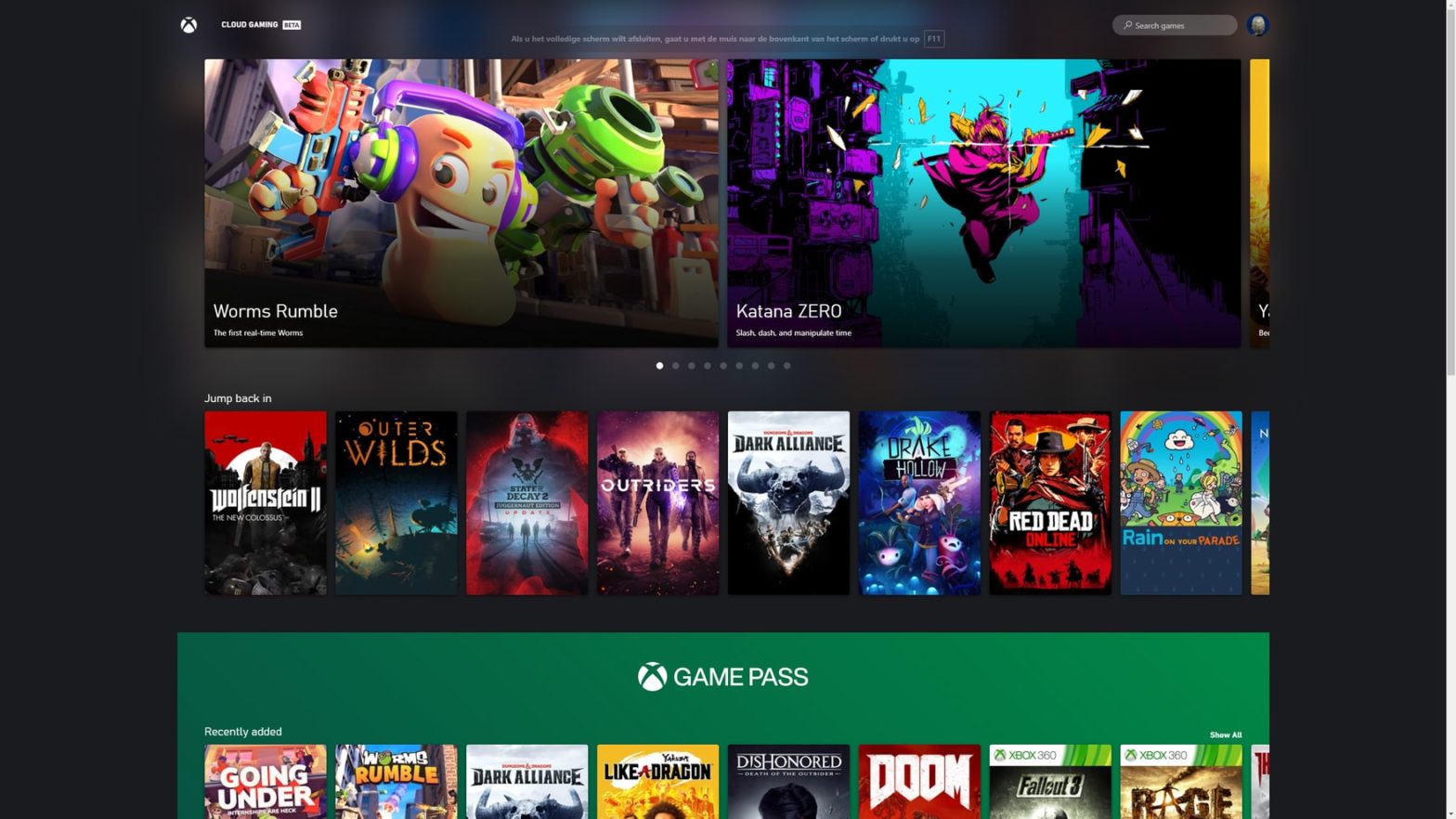 On June 28, Microsoft released their Xbox Cloud Gaming to PC and Apple devices. For those that don’t know; Xbox Cloud Gaming is included in the Xbox Game Pass Ultimate subscription and allows you to play games through the cloud. Basically, you stream the game content to your chosen device. You don’t have to wait for downloads or installations to finish, you select a game and play.

Setting up Xbox Cloud gaming on PC or Apple isn’t a huge chore that requires infinite knowledge about bits and bytes. It’s so simple that a cat walking over your keyboard could do it by accident. The only hard thing might be getting an Xbox Game Pass Ultimate subscription cheap. Don’t worry about that, we got you covered: read this article on how to save money on Xbox Game Pass Ultimate.

Follow these few simple steps to start using Xbox Cloud Gaming on any PC with a decent internet connection:

Pro-tip: while using Edge, press F11 to enter full screen mode. If at any time something went wrong, you can contact Xbox support, and they will help you out.

Usually, Apple and gaming are not seen together in a sentence. But now, Apple users can play any game from the Xbox Cloud Gaming library.

Once you have added Cloud Gaming to your home screen, to play a game:

If at any time something went wrong, you can contact Xbox support, and they will help you out.

But… Still needs work to be lemon squeezy

Setting it up is easy, having the best experience is not that easy. You need a decent internet connection at the minimum to stream and play games. Not everyone has this option available to them or is very limited in their bandwidth and download.

Just like streaming Netflix or Prime, Xbox Cloud Gaming PC or Apple will put strain on your network and drain your available download capacity. Even with the speediest internet available here I still suffered from stutters, lag or even audio distortion.

Furthermore Xbox Cloud Gaming will downgrade your visuals to keep performance up to standard. During some busy scenes the game can get blurry or distorted. The lag can cause controller drift to downright teleportation. I advise staying away from anything competitive and enjoy some single player content.

Do not fear, Xbox Cloud Gaming PC and Apple fixes are near

When Xbox Cloud gaming was first released on Mobile, it was a bit in the rough as well. Although, Xbox was quick to solve some issues and improve upon the feature. And soon after, I was playing Destiny 2 with friends on the Xbox, using my phone and the wireless controller.

After all, the Xbox Cloud Gaming feature is still in beta and many aspects have improved since it was released in beta. Xbox and Microsoft are closely monitoring the feedback and data they acquire from people playing with it. And will improve Xbox Cloud Gaming PC, Apple and mobile accordingly.