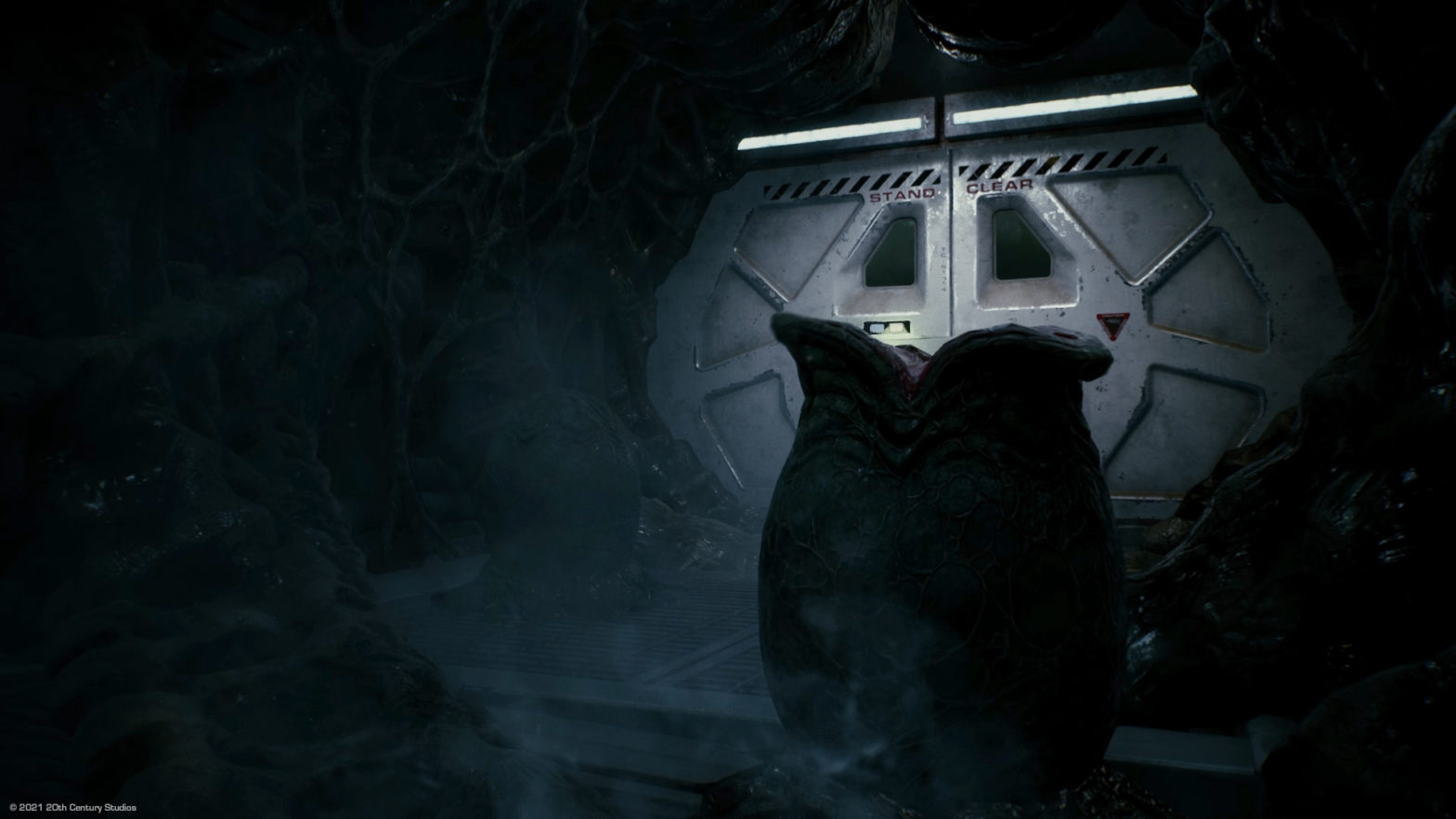 Aliens: Fireteam Elite was a blast to play and to review. The game can be summed down to one statement: repeating fun. For all you hasty readers take a look at the TL;DR below.

Having a blast can be taken quite literally. Whatever class you end up choosing, you will be blasting away at Xenomorphs and their different forms in any mission or mode you play.

Aliens: Fireteam Elite is not trying to be something else than what it’s selling. It’s a cooperative third-person survival shooter and it does so well. The classes and weapons are diverse enough that you feel unique even when playing in a mirror team. While the enemy variety and gameplay loop can make it quite repetitive.

Aliens: Fireteam Elite is nothing more than a cooperative third-person survival shooter. It doesn’t try to be anything more and that’s a good thing, no weird new mechanics or pvp/pve tie-ins. There’s the team and the waves of AI enemies out to consume you.

Gameplay – Marines are back on the menu boys

Overall, the gameplay loop for all of the missions is generally the same. You will be doing the same thing over and over again; while it’s fun it might get a bit repetitive.

How will you serve up your marine

Aliens: Fireteam Elite has two big game modes to dive in: story/missions and horde mode. On top of that you get the option to customize your class to your liking. And get some basic weapon modding to fine-tune your shooting experience.

I say story/missions because the first time you play the game you play the story. The basic story missions aren’t that hard, completing these unlocks the harder modes.

When you decide to play solo, Aliens: Fireteam Elite will fill up the remaining slots of your team with Synths. AI teammates that, according to the tooltip, are capable of finishing missions at that difficulty level. While that’s true, their behavior can feel random and unfocused sometimes. An example would be when a Xenomorph warrior is bearing down on the team and the AI decides the little fodder Xenomorphs on the other side of the room take priority for their grenades.

The story is brought in the form of dialogue, at the start of a new chapter you talk to someone in the social space for you and your team. These conversations totally miss the mark though. The NPC you are talking to doesn’t move their mouth or react to what is actually being said. This makes it a weird conversation if you intend to listen to the dialogue and watch the character. I ended up just reading the text and going through it as I read faster.

Then as you progress through the chapter there is radio chatter during the missions and loading screens to progress the story of your current chapter. You will probably figure out faster what is going on than the characters, especially if you have seen Prometheus.

Getting a full team of players and bunkering in on a map was probably the most fun mode I played during this Aliens: Fireteam Elite review. To unlock the mode you need to finish the story at least once.

Horde mode is your basic horde mode we’ve seen before but fully in line with the aliens setting. What makes it so much fun is that the Xenomorphs use all the aspects of the terrain to get to you. They will scale walls and ceilings in their pursuit for tender marine meat and stop at nothing to get a bite out of you.

The amount of enemies being thrown at you increases with every wave. Throw in some Xenomorph spitters and warriors for a party of mandibles, teeth and acid raining down on you.

The fodder of the Xenomorphs is easily put down with a few well placed bullets but the stronger versions require coordination and can sometimes be outright bullet sponges. That moment when you want to take a breather is then usually better spent cleaning up some fodder to prevent being overwhelmed.

Aliens: Fireteam Elite has five classes on release and a sixth coming early September when the first season starts. Each of these classes is leveled independently from each other and unlocks its perk along the way. Basically this means that you will have to grind out a class again if your team or friends are in need for specific class buffs if you plan to play on insane.

Building a class is a small puzzle where you have to fit perks on a grid and connect them to the relevant skill. Unlocking everything will never be an option and choosing what direction you want to go with your class is key. If you ever feel unsatisfied you can respec for free.

Weapons have three mod slots, sights, magazines and muzzles. Some of the weapons feature different slots but it’s always a set of three options to choose. Unlocking mods is done by finishing missions or finding the hidden chest in the level. You have to be a bit lucky to find a mod for the weapon you are using or want to use. And they offer some more flexibility on how you want to play with the weapons your class has.

Some overcooked and undercooked marine parts

As I mentioned earlier the dialogue you have with NPC’s in the social hub feels weird because the animation is completely missing. And this isn’t the only thing that bothered me, some player animations can look a bit stiff or inhuman.

Firstly, the story missions aren’t that compelling to play over and over again. If you want to grind for more credits, parts, or weapons; horde mode is a more enjoyable option. But it can tend to get pretty long, so horde mode isn’t ideal for a short play session.

Secondly and the most game breaking issue are the technical ones. Even on the Xbox Series X there were frequent fps drops, stutters and sound issues. The stutters came during and outside battle while the fps drops seemed random. Some gun sounds kept playing over and over even when not firing the gun, this most often happened with my teammates’ guns and could get pretty annoying after a few minutes.

Don’t let that first mission fool you. The tight spaceship corridors look and feel claustrophobic. But I immediately thought, “If I have to do this for nine missions I’m going to hate it”. Eventually I didn’t have to do it for nine missions and I was genuinely surprised with the set pieces Aliens: Fireteam Elite offered.

From tight spaceship corridors to open caves, Aliens: Fireteam Elite does present some new sights during the missions. Each chapter focuses on a certain location and switches between tight corridors and open rooms. The chapters stick true to their theme. Even though the corridors and gameplay can get a bit repetitive, it’s nice to shoot Xenomorphs with a different background at least.

Keep your heads on a swivel and your ears open

The environment is the Xenomorphs’ tool of surprise. Stalker Xenomorph can hide on ceilings or dark corners, the smaller fodder crawls out vents on the floors, ceilings and walls. But if you keep your ears open you might hear them. The characters in the team will give a callout when a stalker is hiding nearby or you can hear its breathing.

Warriors let out a fierce cry from the distance before charging head first towards the team. Giving you enough time to look for this monstrosity, give the callout and focus firing everything you got.

Vents pop off a few seconds before the smaller Xenomorphs start crawling out. Giving you that little time to drop a turret or dodge out of the way. To keep things interesting Aliens: Fireteam Elite can let random vents just pop off without any Xenomophs crawling through. Creating this tension of never knowing if the threat is real.

Sounds you might want to ignore in favor of Xenomorph cries

Sadly the sounds of the guns are a bit on the weak side. Having played Escape from Tarkov, The Division, Destiny 2 and Doom. I’ve grown accustomed to excellent gun sound design. I dreaded the sound of the first assault rifle the assault class has, because it just sounds bad.

I ended on a low note when it came to sound but overall it’s just fun to play Aliens: Fireteam Elite. If you plan to play on the higher difficulties be sure to grab some friends as doing these solo is just frustrating.

The longevity of Aliens: Fireteam Elite will be determined by its post-release content. I will never be a fan of Seasons but it looks like Cold Iron Studios took a better approach to the Seasons model. All the new weapons and classes are free and the paid content is only cosmetics. Without the reward track of one-hundred levels to grind out.

Cold Iron Studios set out to make Aliens: Fireteam Elite a cooperative third-person survival shooter and they managed to nail it.

If you like this review check out some of the other reviews and previews here.

Without AVE media we wouldn’t have been able to write this Aliens: Fireteam Elite review. Thank you!