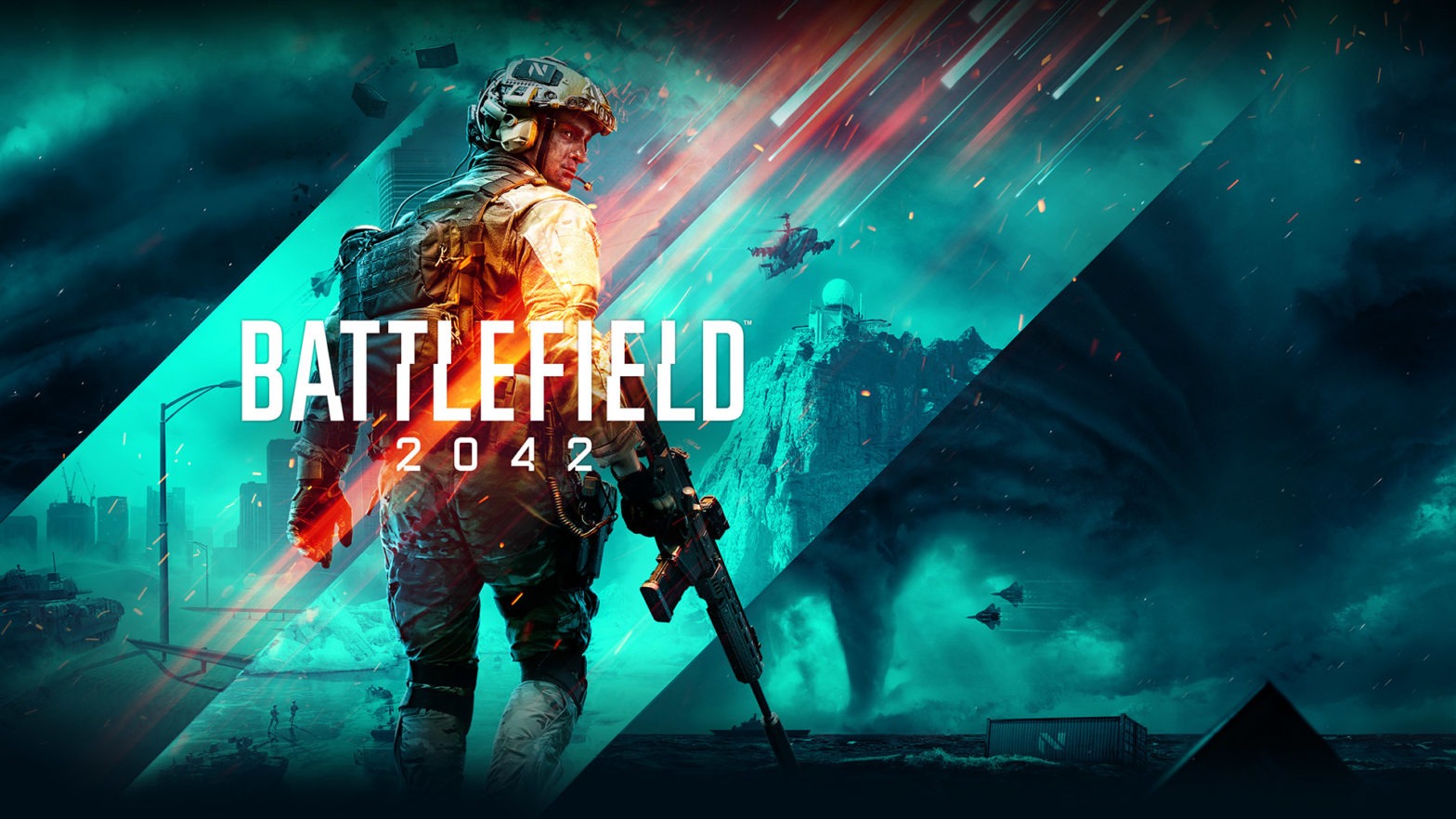 And … another big if not the biggest title we were expecting this year was released. DICE gave us Battlefield 2042 and admittedly, the hype was huge. In many other FPS that I’ve been playing, there was always someone in the chat going: “This game is trash, thank god Battlefield 2042 is coming out soon”. Well, here it’s getting awkward, because practically: the game still needs a lot of work on things that should already be in it. But let us be optimistic and see in more detail what is going on in this game.

Maybe we should focus on gameplay first, but the graphics were one of the most balanced elements of the game. Speaking of visuals I am referring to the general Design of characters, weapons and objects in general. All with very nice details that emphasize the features of such equipment. Lighting and shadows as well as some first cute skins to decorate whatever you have unlocked first. The characters in turn have a very balanced design and each come with their own special features.

UI is not the best, as it got slightly uncomfortable to me in terms of handling. The way you have to apply gear to weapons can get annoying fast. I emphasize this because it differs from the equipment in tanks, hovercraft, etc. Which shows that some things may (certainly) have happened at the last minute.

Unfortunately, it is not at all well optimized in certain parts. While the game has large areas with nice details, shadows that emphasize the time of day, the weather and the atmosphere, all of this this probably needs a lot of polishing. I would prefer a much smoother change and more careful display over optical bugs, abrupt transitions and all the other graphic problems. Anyone who also does not have a relatively recent setup will not enjoy the game. The meaning is to enjoy the whole atmosphere, that can be built when an oil tank pops next to you and the whole area blushes. Or just when a vast Hurricane swallows half the players of the game.

Finally, it’s worth mentioning that Ray Tracing is only supported for PC. It gives a greater cinematic experience and is worth it for those who can support it. At some point, it will come to the other platforms but for the consoles, Ray Tracing and 120 FPS performance is out of the question for now.

And here begins an important topic about the game. A key change we see in the game now is that there are no Classes. The characters do not have exclusive use in revive, ammo supply, heal supply etc. Everyone can do almost anything. Something that on the one hand is good, but on the other hand the image of the team is lost. This mechanic from the previous Battlefield titles is something I liked. An integrated squad could be adapted, depending on the attack or defense against tanks, infantry and any version of enemies. I’m not sure if this is the main source of unbalance that currently exists on the maps, but you know there’s a chance you could go in with a hovercraft and slaughter everyone because no one expects it, or disappear in seconds because everyone will have a large boom boom.

The weapons are unlocked through leveling up and proportionally, it takes a little work to open the attachments. Generally, the quantity it is not very remarkable, but I think more will be added along the way. For your convenience, however, the level up becomes easy for the first weapons when you enter against a bot match. There, the average player clearly gets a lot more kills. Therefore the XP gain is higher. I do not want to appear mean, but for now I have enjoyed bot play more than the chaos of regular multiplayer.

Vehicles! I confess; I like them. But they feel unbalanced. At first, I find it absurd that the shell of each tank has such a small range and that you need a few bullets for a player to fall, but I think this is also a matter of balancing. And there, it seemed a bit unbalanced to me. Because if you get used to handling the heli well, and with a little grinding, as soon as the bigger weapons are unlocked it is just funny how everyone dies.

Then the players and their skills are a nice touch. There is a wingsuit player who is very cool to use and comfortable with fast location changes. The same goes for the player with the Grapple hooks which, although they have smaller range, are very useful. Another nice operator is the one with the shield, which is a must if you like straightforward games. Unless the other player has a bazooka or grenade! Sniper, Mechanics, Medics as in all the others still exist, and one operator specifically has ammo, revive, resupply, and in short, does just everything. On the one hand, as I mentioned above, everyone can use them all. Therefore nothing prevents the op with the shield having a sniper.

Eeerm..yes …! The game has already gotten a lot of patches of at least 4 gigs. Some issues, of which quite a few big ones, are still pending or just not completely fixed. You might fall through the map or you can just never be able to respawn, or just in general encounter “inconvenient” bugs. Also, the most important issue so far was that the bullet spread of the assault rifle was tragically wide. Fortunately, this was already addressed in a recent patch, but I personally think it needed even more narrowing. There were also some glitches between the transitions in the overlay and some random crashes with no obvious reason.

Finally, on the subject of awkward design, I found it absolutely annoying that there is no leaderboards. Kills and stats are something you get a glance of the end of the game, and you can not even change squads. This lack in design surprises, me because it is a mechanic that already exists in previous titles and is necessary for this kind of game. Several times I was trapped in a squad where 2 squad mates were staring at the sky with no sign of mental existence.

The current meta is not worth mentioning, because the game is still constantly changing. Nothing is certain at this point.

In one of the 3 modes offered by Battlefield 2042, we find its 2 classic forms. In Conquest your job is to get as many Map points as you can. Classic Domination-gameplay where you should just hold as many Map points as possible. By holding them or capturing them it makes the tickets of the enemy team drop. Whoever reaches 0 first, loses.

In Breakthrough on the other hand, one team has unlimited tickets and the other limited. And all points are already owned. The goal of the team with the limited tickets is to capture all the points that the opposing team has by breaching each zone and making it their own. Each zone, as soon as it is captured, brings out vehicles and other aids. Just get the Map points before the tickets run out.

Or just battle royal with the features of Battlefield 2042. In this mode things change. The mode has a form of currency to unlock equipment depending on how well you have played or how well you play in the current game. The game is played by 32 players, 8 squads of 4 players (everybody knows the multiplication table…I hope). All the squads land on the map and their goal is to get 4 drives that are scattered in different places.

Then the players have to escape within the extraction rounds, where there is simply the possibility of wiping the whole squad! Actually, this exists through the whole game… On the one hand, it is nice to find a variety in game modes but on the other hand, as the whole game is executed, this is not going well. I personally liked it as a game mode but as we mentioned: still lots to be fixed.

So coming to one of the most advertised elements of the game, it is worth mentioning that we could talk for hours about Portal. Simply put, Battlefield Portal is a tool. Each player has the opportunity to create their own Game Mode; using, classes, characters, attachments, vehicles and more. What makes it even better is that it is not limited to Battlefield 2042. There are maps, weapon characters, etc., from Bad Company 2, Battlefield 3, and my favorite Battlefield 1942. So you can be the wingsuit and sniper jerk from first world.

Something more about this, is that every player who wants to create something, must become the host of a Server that will have loaded the game. This is done through the Battlefield 2042 Portal page. From there you will have to start said game.

Something that just..didn’t get any attention

I usually comment on the sound and the design in general, but I have nothing to say other than just good voice actions and realistic elements. This is only because they are now considered standard. Even if things were more majestic, I consider that everything is drowned in the general disaster that does not let you enjoy yourself. So the sound was just a passing thing that invested in the game, despite the huge amount of work applied to such projects. Oh, it was also the only one that had no issues.

Finally, I can say that I wanted a Campaign. Ok, you will think that we knew since July that there wont be any, and that the game offers a Battle Royal and the Portal mode. Quite simply though, you will always be able to ask for more from a AAA title, especially if it is not well made . Especially, if it is a feature that existed in previous versions and was liked by the general public.

Lots of bad things. Bugs in graphics that exist even on high-end pc’s. Incoherent gameplay, where chaos prevails, and I’m not talking about the all out warfare. Again, bugs that make the game marginally playable and very bad UI environment. There is no leaderboards, you can’t change squads and almost everything seems problematic at launch.. I would say it is still in Beta but… it is what it is. Looks like a game that just badly assembled in its last and most important stages, just to make some deadline ?!? I really enjoyed the Bot matches more than its regular multiplayer. The Hazard zone is a good change of pace, but… I do not consider Portal to be OK at the moment when comparing it to the state of the game.

At least all of these problems are being fixed or will be fixed over time (I hope). For now, however, Battlefield 2042 is the worst in the series. Definitely not worth buying now and definitely worth the wait to fix most of the problems that exist. If you are still a fan of the series: dear veterans, just get it and be patient.