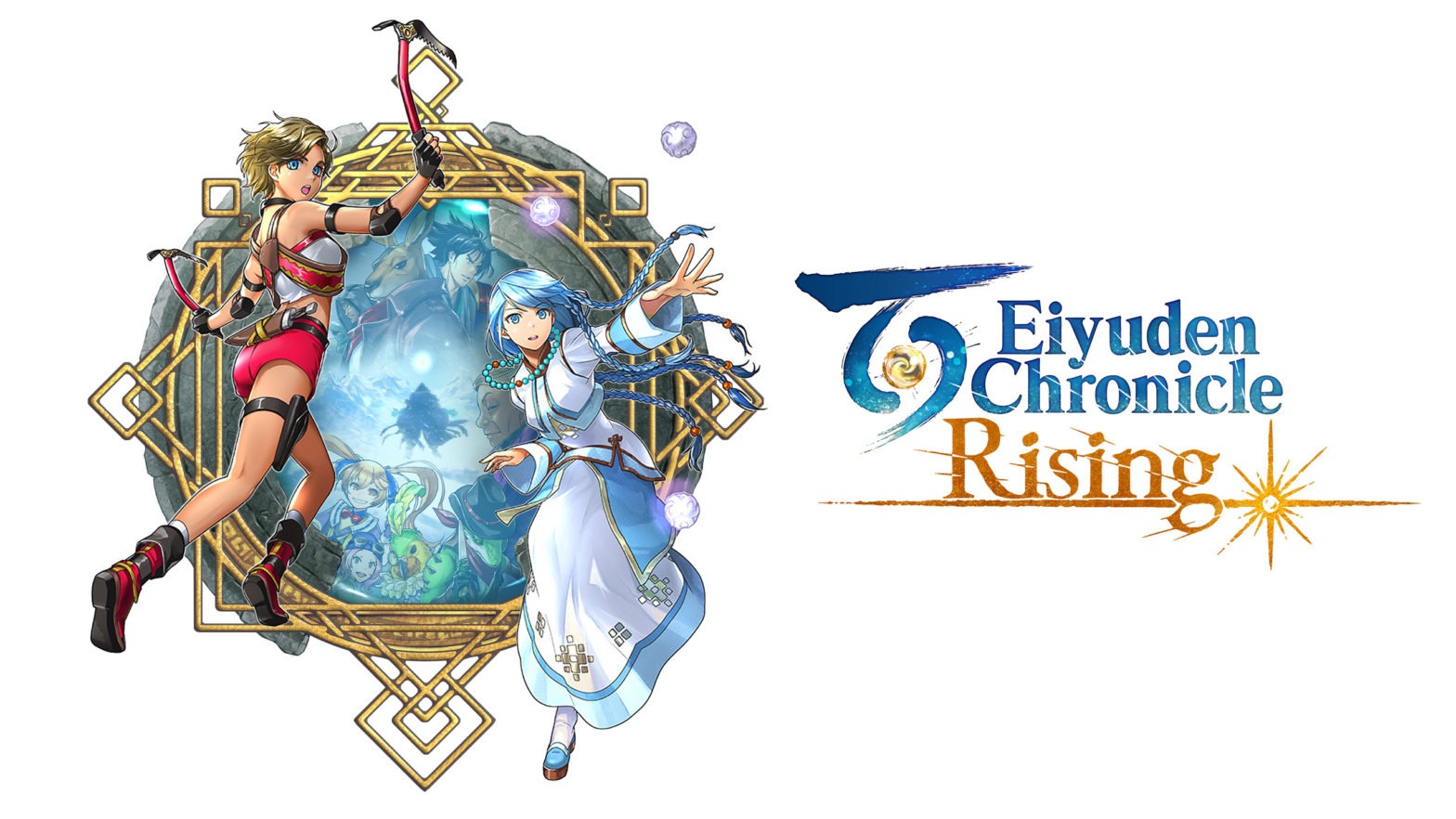 Coming from Natsume-Atari studios and published by 505 Games, Eiyuden Chronicle: Rising is a short and sweet 2D action-adventure side-scroller that finds its storytelling roots deep in the Japanese RPG tradition with a hint of Metroidvania-styled gameplay. The whole point of this game is to act as a prelude to the upcoming Eiyuden Chronicle: Hundred Heroes, that’s set to hit all platforms next year. Eiyuden Chronicle: Rising is a shorter game than what we’re used to reviewing, with 12 hours for the main story and about 15 with side-questing, so we made sure to take our sweet time with this review, so as not to miss anything important.

Before we get into this review, we should mention that the Eiyuden Chronicle games were funded (for the most part) by a rather successful Kickstarter campaign. We don’t see a lot of games actually making it out of Kickstarter’s infamous development hell, so massive kudos are due to the Natsume-Atari and the Rabbit & Bear Studios for actually pulling through.

Eiyuden Chronicle: Rising is an eye-pleasing game, with a promising premise. Sadly, both the narrative and gameplay become a bit too repetitive as the game progresses, spoiling the initial good impressions.

All images in this article are screenshots taken in-game, from the Xbox Series X and PC versions of Eiyuden Chronicle: Rising.

Eiyuden Chronicle: Rising is available on all platforms (except Stadia, if you still remember what that is), and goes for €14.99. It’s also available on Xbox Game Pass, which is how I was able to test the Xbox Series X version of this game, despite the review copy that was provided by AVE Tech being for PC. We’ve also got a sweet trick you could use if you’re looking to save a ton of money on your Xbox Game Pass Ultimate subscription!

Eiyuden Chronicle: Rising features some great vintage-looking 2D sprites that come very close to the fidelity of the sprites found in JRPGs such as Octopath Traveler or Bravely Default II. This particular art style instantly sets your expectations for a side-scrolling RPG like this one. Large sprites that appear when you’re introduced to new important characters, and occasionally during dialogue look even better than the chibi-kind overworld sprites. The character designs are one of the strongest aspects in this game and really reinforce this adventure anime aesthetic.

Animations are extra crispy, both on current-gen consoles and PC, even when playing on low-end hardware. This was tested on a laptop running an 8th-gen i7 CPU paired with a 1050 Ti graphics card, with only minimal stuttering during the most intense fights. Eiyuden Chronicle: Rising typically runs at a smooth 60fps framerate, but you’d be excused for not noticing, as it is not the most fast-paced game out there.

The backdrops of the locations you visit are also very interesting and feature quite a few different locations, to keep you interested. You start off in the small town of New Neveah and quickly make your way to a mystical forest, then a sprawling cave, and then a snowy mountain top. The locations make for some decent content, and Eiyuden Chronicle: Rising could have done a lot better if the gameplay and quests serviced the locations a bit better. The only thing I found somewhat annoying is the sometimes overwhelming amount of depth-of-field that was used to simulate… depth. I hated that almost as much as I hate motion-blur in first or third-person action games. It ruined the vintage vibe.

The story of Eiyuden Chronicle: Rising is split into two main parts. You play as CJ, an adventurer that arrives in the small, charming town of New Neveah that was left devastated by a series of earthquakes that happened shortly before our protagonist arrived. The earthquakes unveiled piles of treasure hidden beneath the city’s ruins, and so the town is quickly flooded by adventurers that seek to lay claim to its treasures. CJ is no different, albeit a bit more benevolent than the rest of the adventurers.

In order to start splurging the ruins, CJ needs to get an adventurer’s license, something that can be obtained from the town’s mayor for either a hefty fee or some community work. CJ is, of course, penniless, so she starts helping out the locals, to gather enough stamps in order to exchange them for the adventurer’s license.

Through helping the town stand back on its feet, CJ grew very fond of New Neveah’s citizens, and she decides to spend the rest of her time there helping completely rebuild the city. This is the story’s turning point, as two new companions join CJ on her journey: Garoo, a fellow adventurer, and Isha, New Neveah’s mayor. The story in the second part of the game doesn’t deviate much from what you were doing before. The main difference is CJ’s ultimate goal. However, it’s really interesting how you get to help the city grow, and you get to see all the buildings getting visual upgrades from the work you put in. It’s not much, but it’s honest work.

Judging by the art style, you would think that Eiyuden Chronicle: Rising is a textbook Japanese RPG with a turn-based combat system. However, this is not the case. This is an action RPG with real-time, Metroidvania 2D combat. You can jump, attack and dodge… for the first few hours of the game. More moves are locked behind the progression system and you get to unlock them by upgrading CJ’s armor. These armor upgrades are the leveling system equivalent in Eiyuden Chronicle: Rising. It’s a decent enough motivation to keep you playing, even though locking most moves behind a progression system makes the combat come across as a bit too shallow, especially in the early hours of the playthrough.

After Garoo and Isha join your party, you can switch characters on the fly, something that gives a breath of fresh air on the barebones-styled combat, since every character favors a different play style. The variety is welcome, although it never seems to go the extra mile, to spice up gameplay. The game is on the shorter side, and it’s only a companion game to the Hundred Heroes launching next year, so the lack of content and variety is not something we did not expect.

Where this game suffers most, and it’s quite apparent, is in the quest design. Most of the main questline and this goes for the side content too, are simple fetch quests. Go there, grab that, and come back again can only get you so far in a game. Playing through 12 – or even 17 – hours with fetch quests can get extremely tedious after a certain point. It starts feeling like a chore, especially when you obtain the adventurer’s license, only to realize the rest of the game is just more of the same. The lack of voice acting doesn’t help, you’re supposed to sit there and spam A through dialogues. Its only saving grace is the excellent, upbeat, soundtrack.

Eiyuden Chronicle: Rising hits home runs on a lot of things, yet fails to get the important stuff right. The art style is very pleasing on the eyes, and the soundtrack is remarkable. A nice, easy-going premise to set up Eiyuden Chronicle: Hundred Heroes, and a colourful cast of characters that will also be playable on its follow-up. However, the lack of variety in the main and side questlines hamper the game significantly, and the choice to lock basic combat mechanics behind progression doesn’t make you feel like you grow more powerful as you play, it makes you feel like you were handicapped.