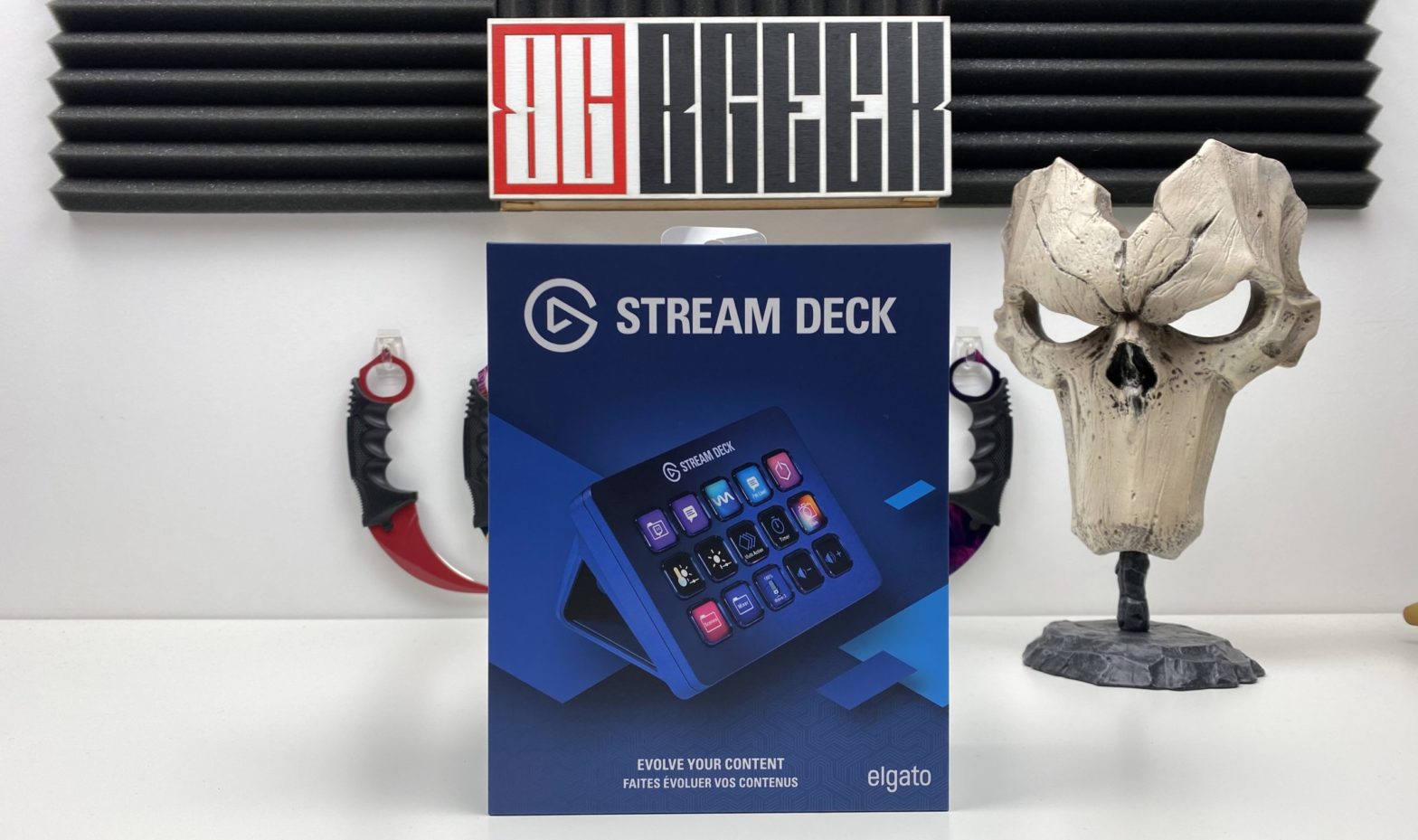 We just got an Elgato Stream Deck MK.2 in our hands. If you do not know Elgato (unbelievable), it is one of the leading providers of technology products mainly focused on content creators and streamers. It was founded in 1999 and in 2018 Corsair acquired the brand and its employees. Based in Germany and California but distributes its products in more than seventy-five countries worldwide.

What is a Stream Deck? In short, it’s the extension of your keyboard that you always needed, you just did not know. When the keys on your keyboard are not enough. When you do not want to have shortcut icons on your desktop. If you want easily accessible macros during your video editing or in your daily life. Or you may be like me and want a cool gadget on your desk. Then you need one!

When you open the box of Elgato Stream Deck MK.2 you experience pure beauty. If you have read my previous reviews, you will already know that I am a minimalism fanboy. And Stream Deck is just that. It loosens your hands without much fuss.

What’s in the box?

The design of the Stream Deck fits the specifications: small and elegant. Black matte plastic surface with 3 rows of 5 buttons (protruding for easier use) in each row. The buttons are glossy black reminiscent of small windows, for obvious reasons.

At the bottom of the device there is a Type-C port and all other sides are solid without other ports or cables.

The deck of the Stream Deck is also beautiful and “lifts” the stream deck as needed to make its keys be more visible. At the same time, it makes it more stable thanks to the rubber base, which prevents it from slipping on the desk.

The difference with the deck of the previous model is that it does not have adjustable height but comes as a solid construction. This is good, since it does not oscillate when you press the keys but on the other hand, you can not adjust its height. I personally did not encounter any problems at the default height.

The big surprise comes when you plug it into your computer’s USB and see that these black buttons are 15 standalone small screens. My heart is sweating! Each button can be a different icon or even an indication of your processor usage rate. How cool is that?

For streamers it can be the tool that will make their life easier. Start and end a stream at the push of a button. Change scenes from “just talking” to “gaming mode”, for example, without having to alt tab to access OBS. Mute the microphone in a moment of nerdrage? Easy, at the touch of a button.

With the multi action option you can assign a macro to a button. What is a macro? It is a series of actions. For example, you can press the button once and it will change your scene in the stream and at the same time start recording a video. As well as the multi action switch that is similar to the previous one just the second time you press the same button, it will do a different action than the first one. For example, you can switch from scene 1 to scene 2 and vice versa.

You don’t even need to be a streamer

Macros, of course, can also be of use to those who work on video and photo editing. Each key can be a combination of shortcut keys that perform a specific task.

In case you are not one of the people who like to DIY everything, there are hundreds of plugins, icons, music, and sound effects available that you can download for your Stream Deck. For example there’s a Spotify, Twitch, YouTube, and even a Zoom plugin. Since I mentioned the icons, Elgato allows you to make your own, custom icons using their Key Creator tool.

Finally, through the Control Center, you can control all Elgato devices that are connected to the same PC. For example, you can change the brightness of your Elgato lights and turn them on or off. Everything is accessible and customizable through Elgato software, which we will talk about in the next section.

Stream Deck software has the exact same name as the product and comes with seriously endless options.

In Game Capture there are options such as Scene for changing scenes, Record for recording, Screenshot, and stream through Nvidia Game Capture. The same options are available in OBS Studio for those who prefer that one.

In the Stream Deck software, there are daily use options such as creating a folder, the Multi-Action and Multi-Action Switch that I explained above, Sleep, etc. Let’s not forget to mention that there is the possibility of creating and saving more than one user profile. In case you are a streamer but your girlfriend is a video editor, you don’t need to change up your Stream Deck preferences every time.

The System tab works in a similar fashion. From there, we can open up our favorite pages, set hotkeys, or start applications as well as write a text/word with the press of a button.

In Custom which for me is the lower right button in the corner, I can see my CPU usage at any given time. If I press that button it opens the Task Manager in case I want to “kill” some apps. Of course, your tastes might be a bit different to mine. To each their own.

Lastly, Stream Deck has its own Store where you can download Plugins, icons for the keys as well as music and sounds. Honestly, the choices are endless. I have been using it for 2 weeks now and I still haven’t managed to try out everything it has to offer.

Stream Deck may not be useful for everyone. Or is it? I’ve had it on my desk for 14 days now and it has really made my daily PC use easier. It’s definitely the peripheral I needed but I did not know about.

Stream Deck comes in three different variations. We got:

And because changing the icons of each key is not nearly enough customization for some of us, Elgato offers 7 different faceplates that easily clip on your Stream Deck for €10 each. You can check them out below:

If size is something that matters for you:

And you know what would match really well with the Stream Deck? This amazing wireless headset by Corsair I tested a few weeks ago.

We would like to thank Elgato for providing the review unit we used.