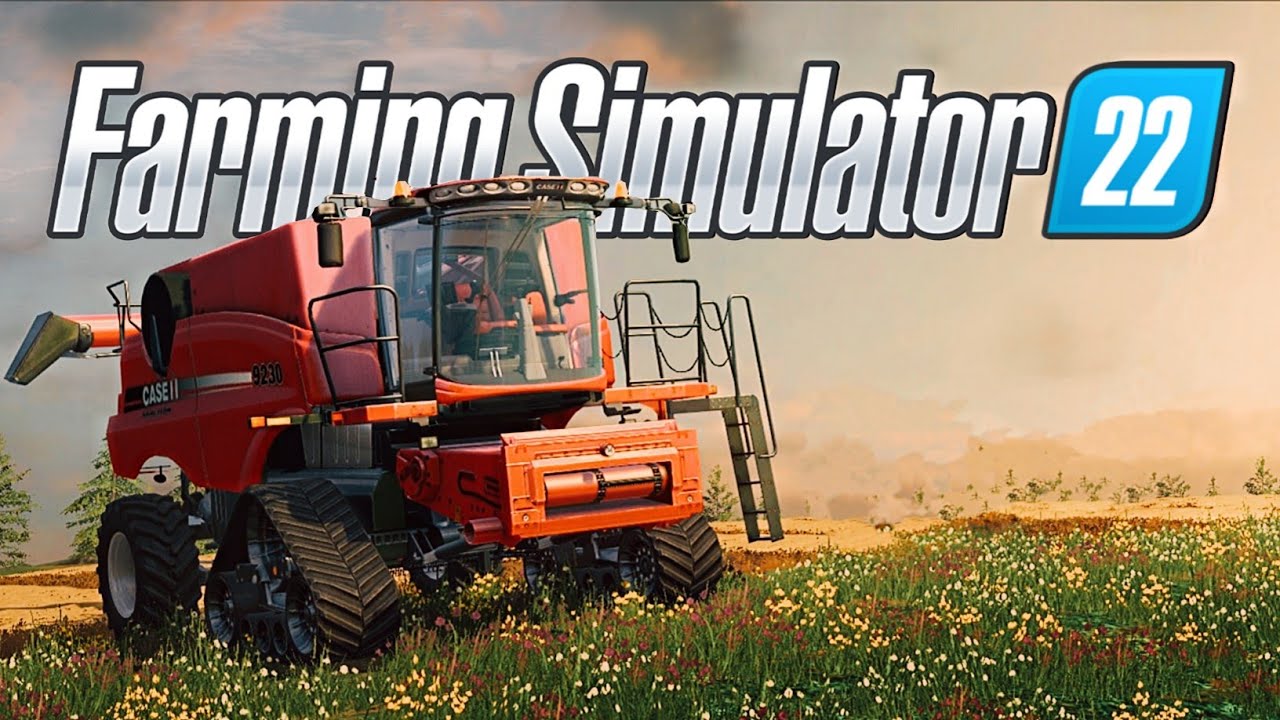 Simulator games have always had something unique depending on the topic. In the beginning we only had Flight Simulator and then Combat Flight. Somewhere along the way, even more specialized themes appeared. So in turn, Farming Simulator 22 has brought some important and beautiful changes in gameplay that raise the level of Simulation. Let’s see in detail what going on, on the farm.

The overall design and graphics of the game are well-designed. We do not see incredible detail as we have seen in other titles in the environment. But the machines and all that we interact with in the game are meticulous and reflect exactly what it looks like in real life. Rural, realistically made and tools with details that stand out. The atmosphere is also neat, as one of the new features of the game is the weather. The changes between the seasons are also well-made, so players have now a variety in the gameplay that can be set from simple to very complex.

Some details that won me over regarding the atmosphere, are the soil that rises when digging the farm, or harvesting, and all the processes you will experience when sowing, caring and managing your materials. Among them are the special effects of the weather that are not just snow or intense sun. We now have fog, rain, and snow as mentioned, that paint a beautiful picture. Which is, of course, important for the gameplay. For veterans of the game, yet also for the new players, the change of weather affects the harvest. So Farming Simulator gives you even more realistic elements.

A very solidly crafted UI menu that helps and explains what is going to happen. It is easy to follow and quite noob-friendly, so don’t be afraid if you think you’re going to get overwhelmed. All the settings have clear explanations, so you’ll have to do a bit of reading and looking around when first getting started. Once you know your way around, you’ll be off to a strong start.

Apart from the crops, there is also the farm that you can take care of. Sheep, pigs, chickens and some of the different breeds that are also created in detail, and give the finishing touch to a complete farm. I would like a little more well-crafted sound design regarding the voices, but in summary, the atmosphere is not something which I had a lot of trouble with. Immersion is the games’ strong suit.

As mentioned above, it is very easy to navigate the menu. Starting the Campaign, each player prepares his central character. Through many stylistic choices and features, the player chooses which farm to settle on. ELMCREEK concerns a farm in America, HAUT-BAYLERON an area of France and ELENGRAT a field in Switzerland. All with the features we imagine per country.

For choosing the difficulty, there is the easy, the moderate and the difficult choice. Everything relates to the initial equipment and the financial situation that the player will start with. Our lonely farmer, (friend of our lonely writer) can focus on any part of the game he wants as is, or all together. You can concentrate on the crops and the rest, or only on the farm and the animals. Quite a nice feature of Farming Simulator 22 that gives you flexibility with regard to the gameplay. Animals outside the farm are also present in the environment, such as crows, deer and more. Not that they come to you to caress them like a Disney princess or anything.

Throwing your first glance at the map, you will see that it is quite large. Networks with roads to do the harvesting and enough icons that are convenient to understand what is happening. Then there is a harvest calendar which shows information regarding when you should plant, when you should harvest and when all of these happen over time. Then there is the weather forecast, which, as you understand, is important for the harvest.

Some other elements that are very convenient are the prices of goods. Another tab shows the details of the machines, such as how many hours they got, the services they need and their cost. An additional table shows the financial statistics of the markets, a similar list of all the animals in possession and finally the contracts. Now, all the financial data is quite important, because the farm’s progress is based on them. More money means better equipment, more contracts and so on.

Something more regarding Gameplay

It’s great for farming enthusiasts, and what I really liked is that you can actually adjust the speed of the day. For a start, you can have a day to represent a month’s duration, but through the settings it can also correspond to each day of a month (28 days). Also, the timescale is clearly faster as e.g. at 5 times the speed, but this in turn can be done in one. The difficulty definitely goes up, as well as the time that is absorbed by the game in general but, as Farming Simulator, it comes as close to reality as possible.

Then the production chains are something you expect from this game. Starting from a seed, which in turn will become flour, and will eventually be sold in a store that will make pizza. All of these have a process that the player is called upon to manage. You can even make chocolate cake, which obviously will in turn have a cost and a purchase amount. Depending on your management skills, you will benefit from more complex choices or not at all. If all this sounds chaotic to you, don’t panic. A large amount of work can be outsourced to AI workers.

The game literally has a lot to offer to those who like the whole idea. Product lines, farms, crops, even adjustment whether the tractor gears will be automatic or not. And so many little details that I can not even mention everything. What’s worth all this is the timing options that each player wants to experience. What I was missing of course was a slightly better design in the characters and a bit faster pace in the beginning.

There are a huge number of truly licensed machines that are really hard to get. You can sell everything and make a thousand and two to run it, even from easy mode. Whatever happens, the game will be slow to show significant results. Of course, it is a Farming Simulator, what did you expect? I highly recommend the game to those who want to get into realistic immersive elements as it is beautiful and easy to follow. The game currently costs $49.99, and for the number of hours it can pay out to you, this looks like a good enough deal to me.