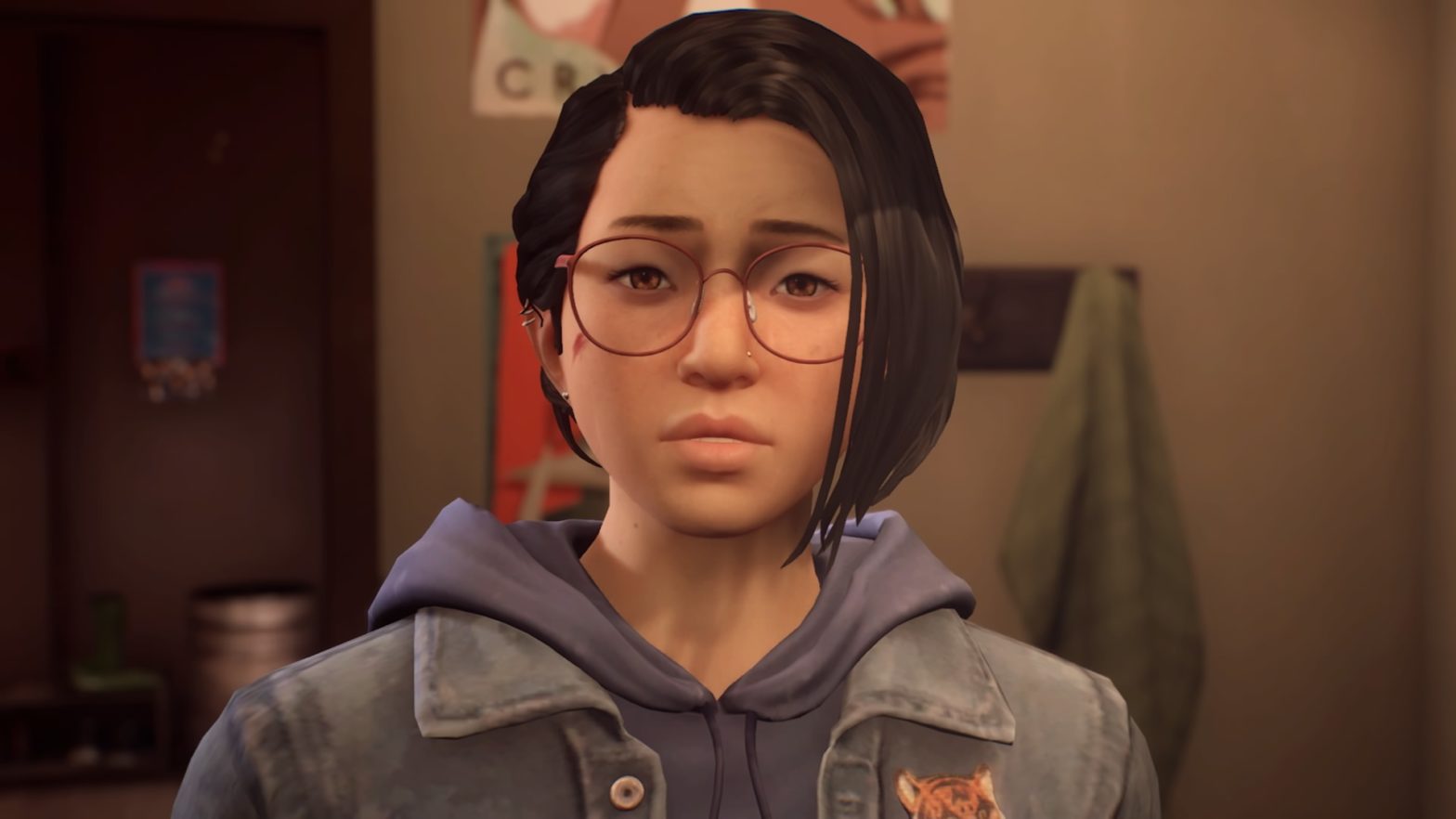 Square Enix’s Life is Strange is an adventure video game series that began in 2015 with the release of its very first title in 5 separate episodes. Each title incorporates the third-person view, while the player can examine and interact with specific objects, often solving puzzles in the form of object search and changes in the environment. In addition, the games are based on dialogue and the consequences that specific player choices have on the course of events. To date, three major titles have been released in the series: Life Is Strange, Life Is Strange: Before the Storm, Life Is Strange 2 and now Life Is Strange: True Colors. In addition, the series has introduced the prequel Life Is Strange: Before the Storm, which focuses on the events before the first title.

Life Is Strange: True Colors has its own unique story and is the third major game in the series. Although originally intended to be released in episodic form, as in previous titles, the game was finally released in full on September 10, 2021, structured in five separate chapters.

Life is Strange: True Colors has a relatively simple plot, which, as the game unfolds, becomes more complex and creates an elaborate veil of mystery. The seemingly slow-paced story begins to unravel as the player progresses deeper into the plot and the events that take place.

No, we’re not in the Harry Potter world. But the protagonist of the game, Alex, could easily be considered witch-like. But let’s start from the beginning. Alex is a 21-year-old girl of Asian-American descent with a rather harsh past. At an early age, Alex lost her mother… And after her father abandoned her and her brother, she was finally forced to join a foster care system. While her brother had to be sent to juvie. Like the protagonists of previous titles, Alex developed specific powers related to empathy during that time.

In particular, the young girl has the ability to feel the strong emotions possessed by those who approach her. When the feeling becomes too intense and unrestrained, Alex experiences it as if it were her own. Thus, not only does she listen to others’ thoughts, but she also sees what they imagine. Cool right? Well, not so much… As a result, she gets so overwhelmed by the emotion that she can’t control herself. That often leads to intense outbursts. On the other hand, Alex can even feel the emotion associated with a particular object. And, deepening on the occasion, listen to the thoughts of people related to it.

The story begins when Alex decides to leave Oregon to find her brother Gabe in Haven Springs, a peaceful town in Colorado. Reconnecting with family is something she really needs. And it seems that a new chapter is about to begin, where her loneliness and past are left behind once and for all. However, Alex’s new reality is shaken after Gabe’s sudden death. But what exactly happened? Alex is standing in front of a big, dark mystery.

The town of Haven Springs has the typical cozy vibe of the county. Folks and nature become one, while I found myself getting acquainted with each character fairly quickly. In general, the characters that play a role in our story are not numerous. Which makes the process of getting to know them better quite easy. The Haven Springs community feels almost ‘alive’ and this is done in a number of ways, but more on that later.

All in all, the game manages to put you directly inside Alex’s world and life. Although she seems to be quite the introvert, listening to her thoughts brings you closer to her from a very early stage. This results in empathy or even identification with her. The story keeps you on your toes. While it often lets you relax and put your thoughts in order during the right moments. I won’t lie, I was hooked by minute one.

Let’s be honest, Life is Strange: True Colors does not focus so much on the graphics as on the story and plot. Still, the graphics are pretty good. And especially in the environment, such as parts of the city, the shops and the natural landscapes that surround it.

In typical Life is Strange fashion, the graphics in the character design range from mediocre to good. The movements of their limbs are quite mechanical. While the movements of the mouth hardly match the spoken dialogue. In general, their design is a step up from previous games, now having more detail. However, it is a game that focuses on the script, so the mediocre graphics hardly bothered me at all. You could say it’s their thing, I guess.

If you have played at least one of the previous games in the series, you will know that music and especially voice acting plays a crucial part. The soundtrack that ‘dresses up’ the game has the relaxed vibe you need when you want to explore or invest in dialogue. Then, the style of music changes depending on the situations you face. The sound effects are just as remarkable. They give a dash of extra realism to the action scenes that the graphics probably miss out on, as I mentioned above. It gets the job done if you ask me.

Is this real life?

The voice acting is what really steals the show. The dialogues sound fully realistic and convincing. And the actors manage to convey emotion through their words. Since it’s a title that focuses on expressing emotions (Alex literally listens to and feels the emotions of others), their performance was one of the most important things in the game, and they did it just right. There are scenes where Alex really convinces you that she is authentic and can truly feel things. Of course, the other characters also do a great job. But Alex’s voice acting is what stole the show for me.

Nevertheless, you can’t omit some scenes where the dialogues are quite cringy and cheesy, but I can’t say it bothered me too much. We have seen many games with such lines and I think Life is Strange was, is, and perhaps will always be one of them.

The direction of the game is excellent. It really takes you to Haven Springs and you feel like you have to slowly become a part of it. On the other hand, the way we learn about Alex’s past is brilliant. No dear player, the game will not bombard you with endless story backgrounds and flashbacks in order to understand the protagonist’s past. Instead, it will make you explore and search. Alex has her cell phone with her 24/7, as a typical young adult, and you should look through it. From old conversations to posts on the city’s social media network, you will understand approximately what is going on in Alex’s life at an early stage.

Of course, you should also explore the environment around you, or ask the right people the right questions. The only certain thing is that the story does not unfold right in front of you, simply and easily. Instead, you have to do all the work and dig it up. Get your shovel ready!

The game plays out like a movie. And you are the director. You determine the course the plot will take, so it needs your constant attention. Your choices usually affect the way the story unfolds and how the people around you react. Your choices are not always that important and don’t often affect the relationships you will create with the other characters, but once your choice is 100% crucial, the game will let you know.

The choices you have to make usually require time and thought and the game gives that to you quite generously so you can put down the facts and decide what move to make. But real life is not always like that, is it? Sometimes you do not have time to think and you have to make hasty decisions on the spot. Well, the game knows that too. There will come times when you will have a short amount of time to choose what to say or do, which makes the whole scene extremely realistic. Stress level be over 9000…

The interaction with objects and the exploration are similar to the previous titles and I would say that it is now the trademark of the series. The only thing that has really changed is Alex’s type of power, which focuses much more on slow-paced analysis of the characters’ emotions and story building, than on intense action. Not that the latter doesn’t exist, but they may have somewhat toned it down a bit. Either way, the story will pique your interest from the beginning and that is enough to keep you hooked.

Life is Strange: True Colors is a game that revolves around how the player’s choices affect the plot. By focusing on storytelling as much as possible, the game leaves the visual part somewhat behind (perhaps deliberately), implying that the important thing here is imagination, immersion in the story and the characters, as well as a personal interpretation of events.

It does not try to impress you in terms of graphics, design, and sound, because that simply isn’t its goal. The story is placed at the game’s core and will eventually leave you with your mouth wide open. The rest of the ingredients, most notably the voice acting, are there to level up the experience. And, damn, they manage to do it perfectly. Once again, Life is Strange proves how easily you can bond with a game and let it seduce you. They’ve done it again.

Huge thanks to CDMedia Greece for the review copy we used!