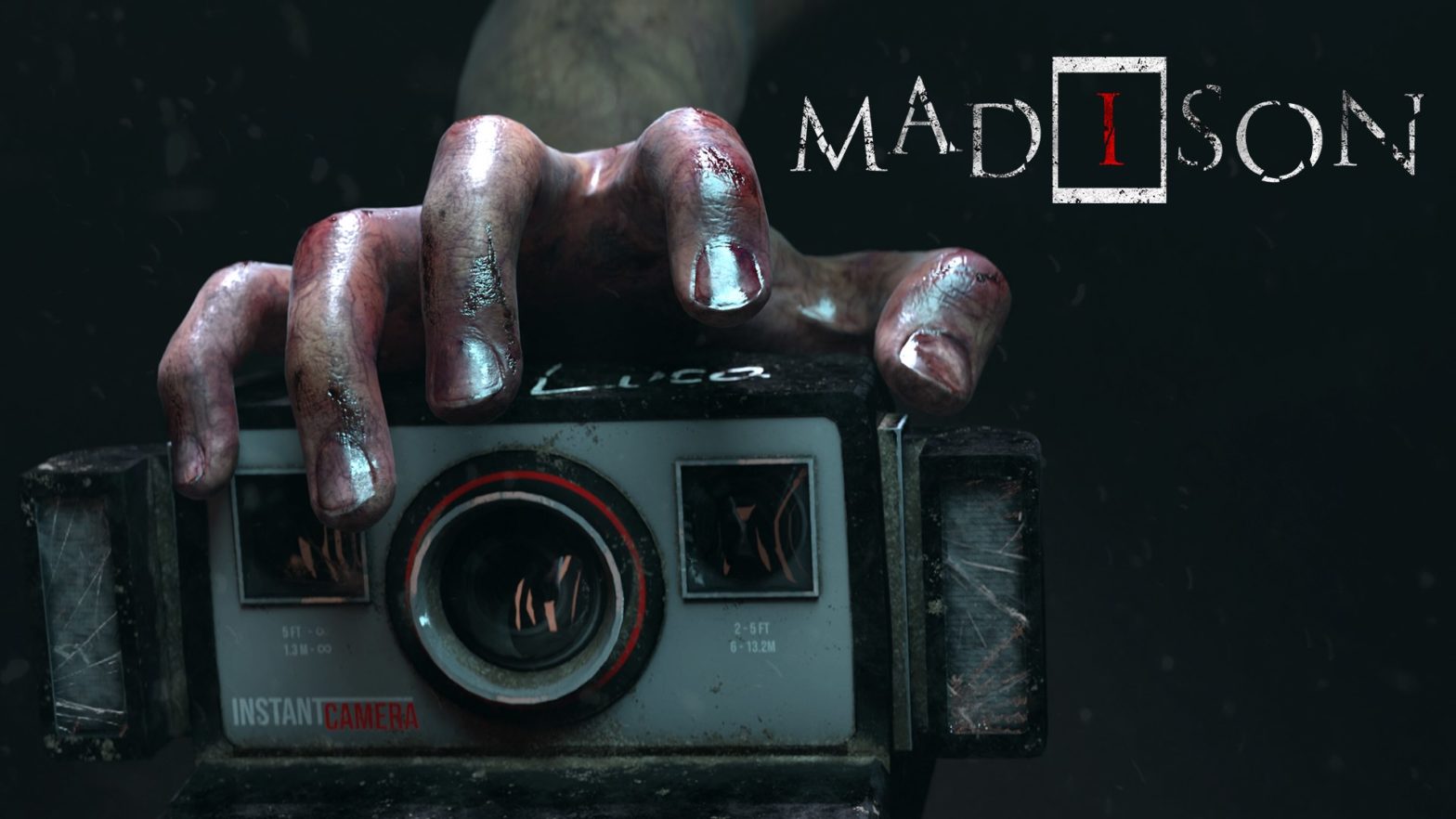 It has been a while since I dabbled in the horror genre, but here comes MADiSON. A psychological horror game from Bloodious Games with the classic FPS overlay. Many different puzzles as well as a generic story make MADiSON an interesting title. So let’s look in detail at its pros and cons.

Starting with an important topic, I can say that I had mixed feelings. The general design is very well done. We see details in objects and things that look very real. We have the photos which are basic mechanics and they have good quality. Such small clues and little things are automatically part of the game.

Then we have shadows and lighting. Apart from the absurdity of some things like not having enough light next to a lamp, everything else is very well set up. The whole atmosphere is built in these classic American houses where you say – what the hell did they make? Basement, ground floors, attics, cemeteries, warehouses. This peculiar idea that your home is a small village. So each point was well placed, thoroughly emphasizing the feeling it aimed to evoke in you.

One good and one bad

A nice element of the graphics that I liked was the depiction of the Roman Catholic church as it has a lot of elements from it. It gives a nice image and does not exaggerate its design in this regard.

On the other hand, an element that makes you say “whyyy?” could not be missing. While it has clever jumpscares and a distinct character to them, I can’t say these were very well designed for some reason. When the thingy was jumping into the picture, apparently shitting my pants was the least I could do. But after those first tenths of a second when you realize it and see a little better what you have in front of you, I always said: “What kind of face is that?”. I would like it to be a bit better and creepier design just as a design and only scaring me because of the surprise.

It’s one of the parts I really liked in the game, and since it carries a very important role in the experience – no spoilers -. We step into Luca’s shoes. Starting in a dark room with Luca’s father knocking and saying various things outside of it, early on in the picture we get that something is wrong. As you find things and unlock rooms we see that something is wrong with Luca as well.

One of the nice things about it is that we don’t have a lot of monologues. In most cases in other games, we have the main character talking to themselves. Fortunately, the game is well set up so that the story’s development can be seen through memories, time travel, and clever narration. Luca’s fear of what is happening to him adds a lot of pressure and heightens the game’s suspense.

The central theme of MADiSON concerns a murder that happened a long time ago and a “possession” so to speak that also gives the story its supernatural edge. While the story is nice and develops very well, I can’t say I didn’t see it coming. Maybe it marginally strays a bit with the representation towards the end, but it still doesn’t lose its style. Something you’ll only realize if you play it, is that it strikes a very special balance of reasonable horror and humor.

There were many points in the game where I said: “Whoa, that’s cool.” But there were other points where I said: “For real???”. This was also one of the reasons I liked it more as a general build in the story because it very simply gives a different note. It doesn’t have that blackness that other games or big titles like PT gave, nor that endless mystery hunter that Resident Evil: Biohazard offered.

Speaking of Gameplay; we have to mention some important points. Starting from its general idea, the game is set up as a classic First Person Horror. You walk, see, grasp; and wait is something chasing you? Run! We have a camera in the game which is also the representation of the truth for us on some occasions. Not only does it trigger various elements that contribute to the game’s progression, but it adds a nice touch. Snapping a photo leaves the collectibles photos that you can refer to to help with the puzzles. Also, sometimes the photos are creepier than what you see in front of you.

Then the puzzles: Lots of nice and different puzzles. Personally, it’s something I love in games of all kinds, but some players may get tired of it. There really are different and special ones that might get you a little hooked. Of course if you get stuck, the most logical thing to do is to take a picture of something. Since it triggers things so many times I just had to take a picture of everything…

While MADiSON builds an atmosphere of story and mystery, it got spoiled by 2 things that just kept slipping away. First the controls. It’s fine as a detail but to give an example, when you grab a cupboard, the right goes left and the left goes right. No inverted controls enabled. It’s this and other little things that slightly ruined it for me in terms of aesthetics and movement. Mainly because when I’m completely terrified in a room, the last thing I want to deal with is if the cupboard goes the wrong way.

My second pet peeve in MADiSON is how Luca walks. To put it in perspective, throughout the story it is completely understandable that Luca gradually decays into a not-so-pretty state. To illustrate this we see various things happen to him that make him walk awkwardly and dizzy. Well, this is exactly what has not been implemented very well because the character walks around like a divorcee after 1 bottle of chocolate tequila and 5 shots of very dubious quality elements.

In general the sound quality is very good. Beautiful themes that highlight everything and as it should. Realistic scenery that really gives you the image you need without anything seeming absurd or excessive. The voice acting was very on point without going over the top but without ruining it either. The sfx again was also very good. Apart from the convulsive sounds of the occasional Jumpscare, we have some beautiful transitions that I really liked and had a very strong character.

The only thing I wish was different are those generic sounds that happen every few seconds. What I mean is that why put a random door creaking or a paper falling when you have built such a good puzzle atmosphere? Especially in the puzzles, you think the squeak has something to do with the quest at hand. After a while you get used to it and move on.

The game was very nice despite the things that I personally don’t like. A very strong story with a much stronger atmosphere, comedic elements out of nowhere, and constantly different touches. It is worth mentioning that the game is not short. You need at least 6 hours if you’re not a scaredy cat and find everything the first time without effort. This is guaranteed not to happen, because you will definitely stay somewhere and think – “come on, okay, I’m NOT going in there”. Well, eventually, you’ll get in.

MADiSON is currently priced at $30-$40 which is a pretty good price for what it offers. It’s available for PC, PS, Xbox, and Nintendo Switch so you’ll definitely find somewhere to play it.

We would like to thank CD Media for the review key, giving me the chance to sleep with the lights on for 2 nights.