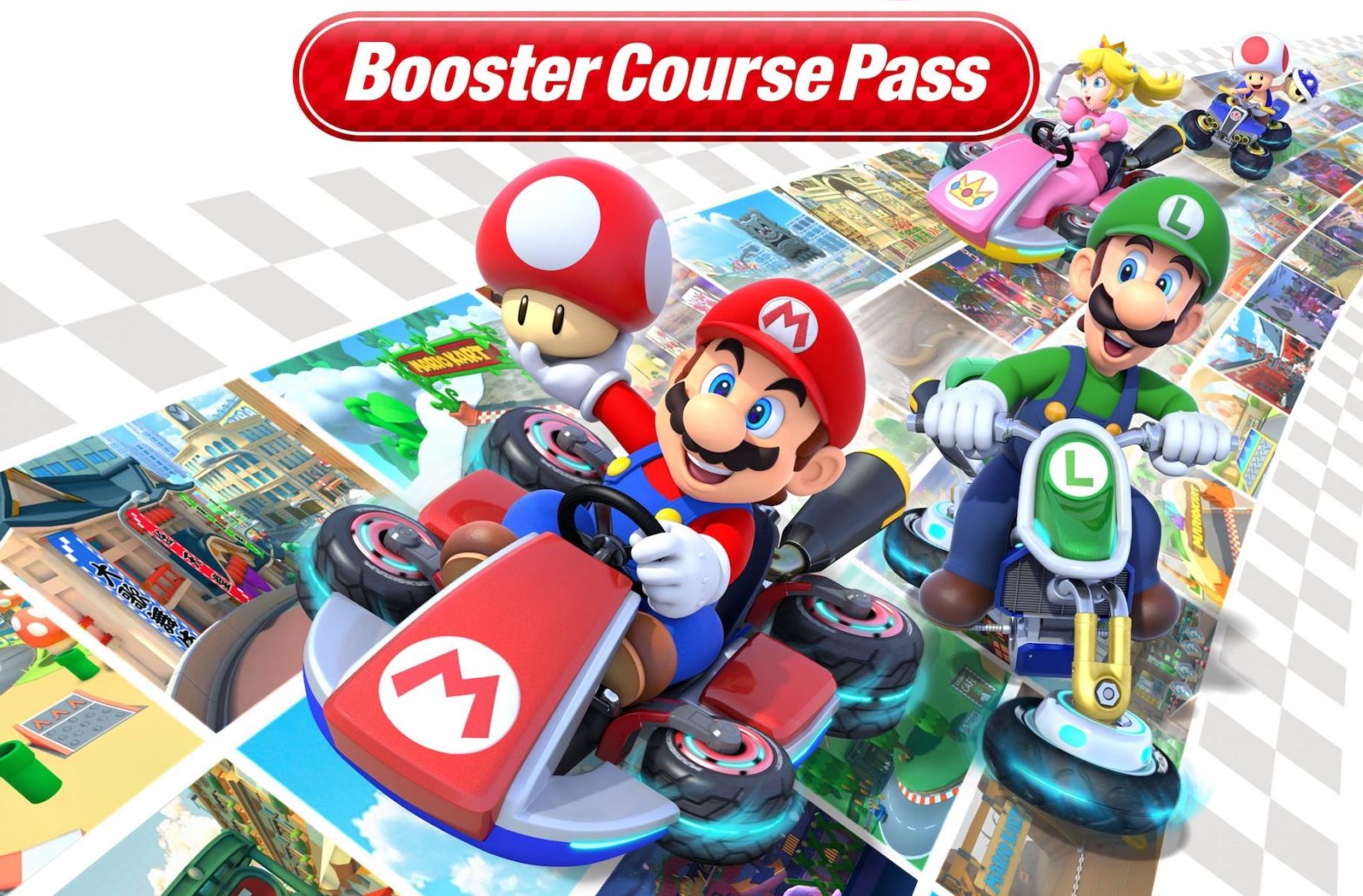 Mario Kart 8 Deluxe Booster Course Pass: what and how

What is a Booster Course Pass

Instead of working on a new Mario Kart, Nintendo is gracing us with new courses and cups. Well, not exactly new courses. The new content consists of remastered versions of pre-existing Mario Kart courses from throughout the series. This content will be released in six waves until the end of 2023. It’s basically a DLC, but the content of it is being released over a longer period of time. Likely the developers are still working on remastering the old courses to give them that Mario Kart 8 look and feel.

How to get the Booster Course Pass

There are two ways to access the new content. The most straightforward is that you can simply buy the Booster Course Pass in the Nintendo eshop for 25 euros. Whenever you decide to buy it, you’ll have access to all the courses that are available up until then. It’s a pretty sweet deal considering the amount of content you’ll get in return, even if it’s not all available straight away.

If you have an active Nintendo Switch Online + Expansion Pack membership you’ll have access to the new courses for no additional cost. Of course, this only counts for as long as you are an active member. You’ll also be able to pre-load the new courses, but you don’t get to play them any sooner.

The first wave hit on March 18 and added two new cups: the Golden Dash Cup and Lucky Cat Cup. The eight new tracks will even become available for the online rotation starting the 22nd of March. This means even people who do not have access to the Booster Course Pass will get a chance to race on the remastered courses if they’re lucky!

The Paris Promenade map is a combination of elements from Paris Promenade 2 and 3 and has a shortcut removed so be wary on your first run. The Toad Circuit map changes are aesthetic and the track remains unchanged. The Choco mountain map only had one ramp removed. The biggest change is the Coconut Mall, this map has been completely redesigned aesthetically and track wise. All maps have their own unique updated soundtrack and really stick to the theme the map is going for.

The Lucky Cat is a reference to the Japanese theme of this cup, with both the Tokyo Blur and Ninja Hideaway courses from Mario Kart Tour. It also features Shroom Ridge from Mario kart DS and Sky Garden from Mario Kart: Super Circuit.

Starting off with the Tokyo Blur map, this Grand Prix blasts off in fifth gear. Each lap is based on one of the different variations of the course in Mario Kart Tour. The second map, Shroom Ridge, gets two new shortcuts and mostly aesthetic updates. Sky Garden is the third track, is the oldest of this Grand Prix and had a full visual overhaul and redo of the music with live instruments. Last but definitely not least is Ninja Hideaway. Up-scaled to give a feeling of grandeur and updated visuals make it a stunning race. Its multilevel design shows off the early magic of what made Mario Kart the best race karting game.

This article is a collab between Romy and Stijn and thank you CD Media for our review key.