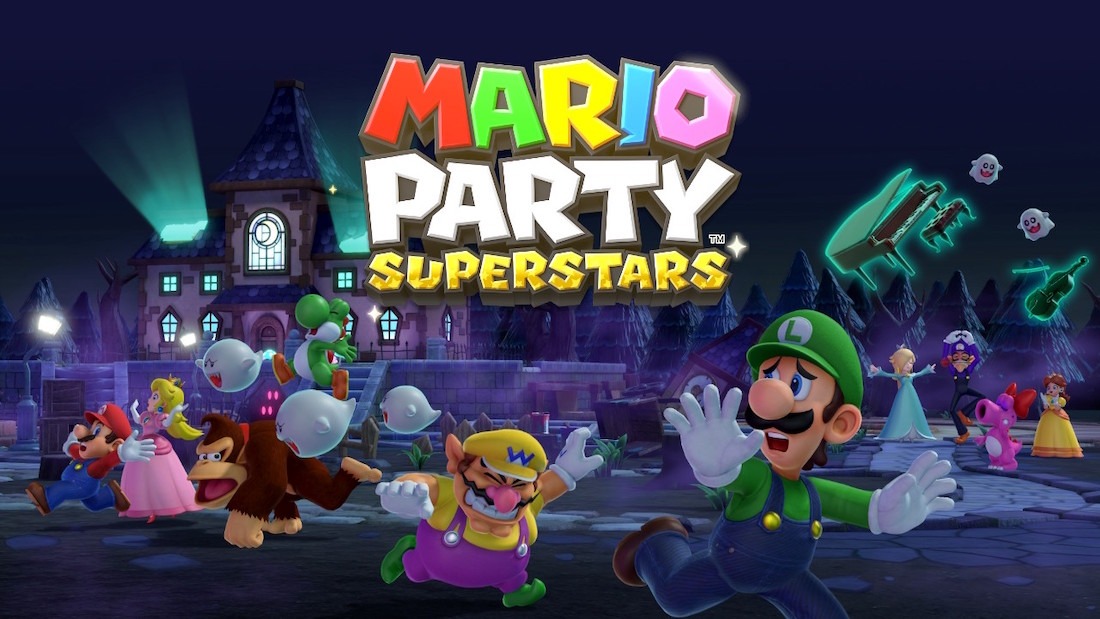 Mario Party Superstars for the Nintendo Switch released last week just in time to spice up your Halloween parties. This special addition to the Mario Party family is a collection of Nintendo 64 boards and mini-games from the entire series. It seems remakes and remasters remain popular still, although they’re not always as successful. For Mario Party Superstars however, I personally think Nintendo tackled it brilliantly.

Mario Party Superstars doesn’t offer new boards or mini-games – instead, it offers a collection of five boards from the Nintendo 64 era and 100 mini-games taken from the entire Mario Party series. Don’t worry about clashing visuals – everything has been completely remade in the same style as the most recent Mario Party for the Nintendo Switch. You get the classic game design with modern performance and graphics: the best of both worlds if you ask me.

Mario Party Superstars contains five game boards, which is not much in my opinion. Given that they did not have to entirely develop them, but only rework the existing designs. Nintendo has been known to offer free content updates though, just like with Mario Golf: Super Rush or Animal Crossing: New Horizons. Fingers crossed that we can expect a few more boards to be added to this collection.

Yoshi’s Tropical Island (Mario Party) connects two islands with bridges, where you have to pay a toll each time you want to cross them in order to chase the star. Peach’s Birthday Cake (Mario Party) allows you to plant strawberries, with a better Return on Investment than any bank can offer right now. In Space Land (Mario Party 2) you have to look out for space pirates and giant beams, while in Horror Land (Mario Party 2) the environment changes between day and night. Finally, from Mario Party 3, Woody Woods is probably the most difficult to navigate. Ever got lost in the woods before?

The mini-games in Mario Party Superstars have been selected across all the existing titles. You can sometimes tell while playing which ones originated from an earlier title, since these were honestly often more difficult and less imaginative than newer ones. It’s very nostalgic, while also a great way to introduce these games to a younger audience. Since everything looks fresh, you don’t feel like you’re playing an incoherent mishmash of games. During the introduction of every mini-game, there’s a subtle indication of the title it originated from.

While setting up a game board, there are different mini-game packs to choose from. “Family” that can be easily enjoyed by younger players, “Skill” to show off your gamer muscles, “Action”, “GameCube”, “Nintendo 64” and of course “All types”.

The main event in Mario Party Superstars is of course Mario Party mode. You can also brush up on your skills or challenge players online in Mt. Minigames. There’s even a Data House to view encyclopedia entries and achievements, and a shop to unlock things like stickers.

In case you’re unfamiliar with the concept, here comes a brief explanation of what you can expect. It’s essentially a board game with characters from the Mario franchise for up to four local players. If you’re short on players, you can add in CPU characters. You roll dice to determine how many spaces you can move forward. The goal is to collect the most stars and become the “Superstar”. To collect stars, you need to earn coins by doing well in mini-games or landing on lucky tiles. Once you have enough coins, you need to locate Toadette on the board, who will sell you a star. The tricky part is that she moves around. After a set amount of turns the game ends, and some bonus stars are awarded to, e.g. the player who travelled the most spaces.

The board is riddled with fun and not-so-fun surprises. Each board is also designed to throw unique challenges at you – mostly aiming at making you lose coins or having a hard time reaching Toadette. Other players can sometimes even steal your hard-earned stars, or give you a cursed dice block – limiting the spaces during your next turn. I’m sure Mario Party has ruined many friendships; it’s important to realize the game is pretty random and more luck than skill based. If you can keep that in mind, you’ll have tons of fun playing it.

If you don’t care about the randomness of the board game mode and just want to enjoy the mini-games, you can hop on a boat and travel to Mt. Minigames. It’s also a great place to practice the skill-based games, or compete against other players online.

There are different mini-game modes to choose from in Mario Party Superstars. In “Free Play” you can choose different genres or even make a list with your favourites. In “Tag Match” two teams compete in 2v2 matches to collect the most stars. “Trio Challenge” is quite different; in a team of three, you have to complete 1v3 games. You clear a stage by gaining five consecutive wins. With every stage your foes will become stronger. There’s also a “Sports and Puzzles”-mode, focused on training. With “Score Attack” aimed at individual players trying to beat their own high scores. “Survival” is an online solo player mode to compete for win streaks. “Daily Challenge” contains mini-games that rotate every day. And finally, “Coin Battle” has you compete against each other to gain the most coins.

Mario Party Superstars offers only five boards, which is its biggest downside. I do believe we can expect more in the future through free updates, which is a technique Nintendo has applied before. Even with the limited amount of boards, the mini-game offering is quite good, especially given the many modes to choose from. Even solo players can get their money’s worth.

A nice plus is that Mario Party Superstars supports button control, so you can even use the Pro Controller or play in Handheld mode. This also means it’s available for the Nintendo Switch Lite, which is not usually targeting multiplayer games. If you have a Nintendo Switch Online membership though, you can play with your friends or strangers via the Internet. I tried it out myself and found it worked very well. It’s challenging to communicate during 2v2 mini-games without voice chat, but during the board game phase, you can send fun stickers to express your real life reactions.

Huge thanks to CDMedia for a chance to review this game.