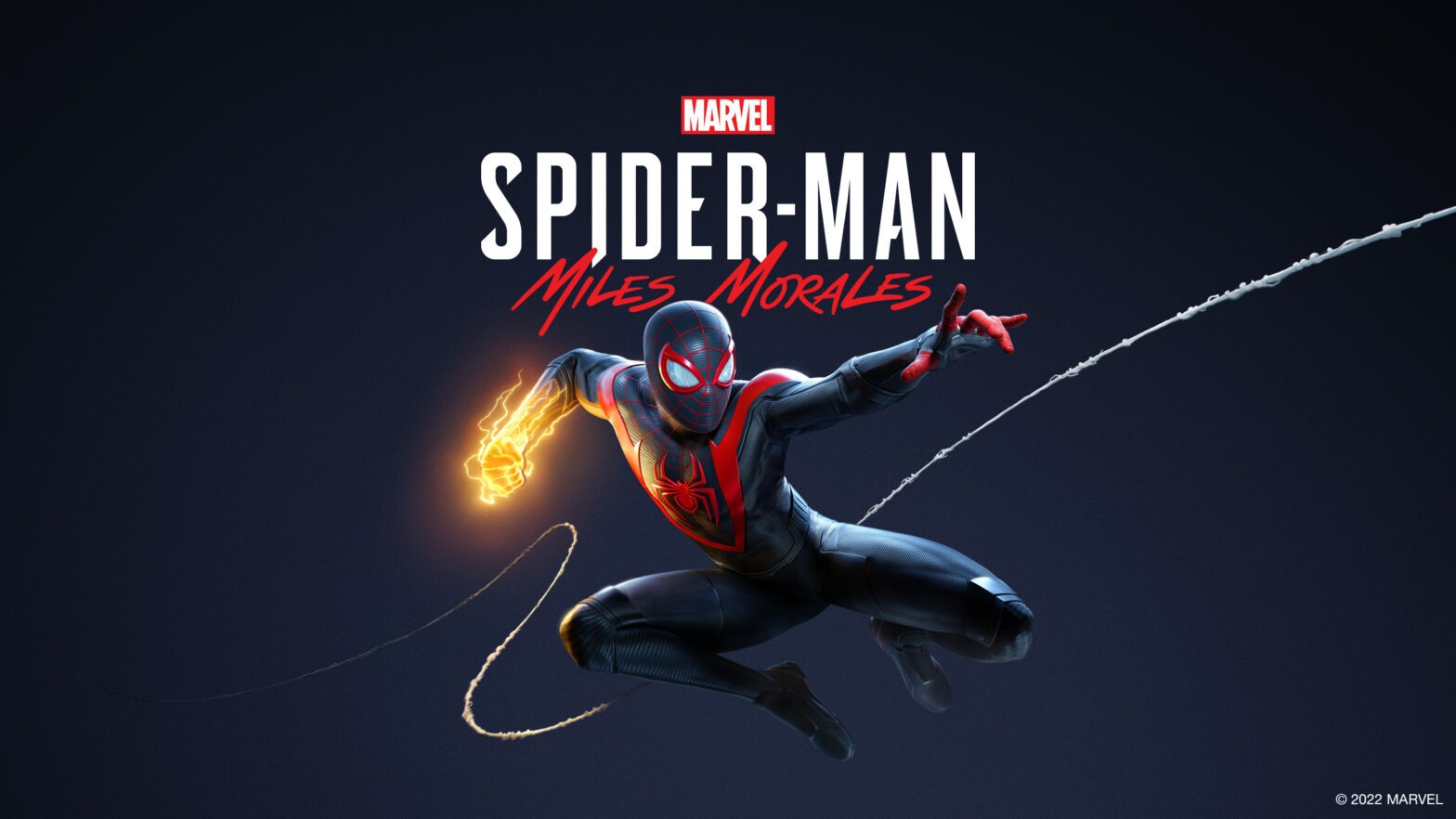 The truth is that I was a little nervous when we received the code from PlayStation Greece and I was tasked with writing this review. I, you see, happen to be neither a big fan of Spider-Man as a character nor a big fan of open-world games. This may perhaps give me the ability to be a little more objective as a reviewer, but the stakes are high when judging such a famous franchise. So when I got my hands on this review key for the successor to such a beloved game, the room started to spin. Suddenly I could see the ground closing in on my face and my surroundings went dark.

Lack of sleep, overwork, and stress had managed to push me into the sweet abyss of sleep. But, as the saying goes, there is no rest for the wicked. With the help of Mike, the big boss, I was able to return to a war-like state to write this article after using his trusty wake-up remedy. A mixture of lemon juice, spicy Tabasco sauce, and pure salt water that for maximum results is administered with a spray on the eyes. Upon my forcible return to the land of the living, I began writing the review for which I am one hundred percent sure someone will send me a bomb by mail.

The PC port of Spider-Man: Miles Morales is, frankly, disappointing. The sequel lacks the features that made the Spider-Man remastered experience so unique. That’s not to say that the game doesn’t have enough positive elements as it stands out in terms of sound and visual presentation. It is, without further ado, truly gorgeous. But unfortunately, I can’t justify the price and I can’t recommend it to anyone when the game is essentially a mediocre expansion to Spider-Man Remastered that only lasts 7 to 8 hours.

All images are taken either from within the game or from the game’s Steam page.

So that’s what I think most people are interested in. This game has the ability to turn your computer into a home theater of the highest capabilities. With graphics tuned for versatile computing capabilities, it is truly incredibly optimized for PC. We don’t stop there though. For those who decided to get a good PC instead of sending their kid to university, the game offers image quality that I really don’t know if I could call realistic. Ray-traced shadows and reflections bring Marvel’s New York into your room. There’s also wide-screen support in 16:9, 16:10, 21:9, 32:9, and for some reason, 48:9 resolutions with 3-screen support. For the people who think that having two kidneys is suboptimal compared to the ultimate gaming experience.

If you want to see our impressions of Marvel’s Spider-Man Remastered then check out this review by the amazing Kostas Nikolaou.

Story: The succession of the crown

Our story takes place right after the end of Spider-Man Remastered. Peter is teaching Miles how to cope with his new life as Spider-Man, and Miles himself is trying to find his place in the city, not just as Peter’s sidekick but as a standalone superhero. Unfortunately, these lessons will be put to the test when Peter reports that he’ll have to spend a few weeks in Europe, leaving Miles alone in New York City as the sole Spider-Man for a month.

Without wanting to spoil the story, I will mention something. Everything that could have gone wrong… did. In these few weeks that Peter has been away, Miles has been tested in all aspects of his life. But with a great support network from his close social circle, he’s carving his way as a new Spider-Man; and honestly, that’s what I felt was worthwhile in the game. Miles’ journey from a nervous and insecure teenager, to a person who realizes the existence of his fear and the need to overcome it to protect what he believes is important.

This element appears not only in the protagonist but also in the people he helps. Over the course of the game, their behavior changes as they see that the new Spider-Man is not just the old one’s sidekick but a man who actually cares about Harlem… cares about his home.

There are issues that occur in the pacing of the story. Events happen so quickly that the player and even the characters themselves don’t have time to process them. As a result, some events in the story are diminished in gravity, and in turn, the emotional reactions of the characters seem more forced because of the scenario. It may not sound like a feature that carries much consequence, but it creates a sense of artifice that actually prevents the player from becoming absorbed in the story.

Beautiful from all sides

Unbelievable. That’s the only way I can describe the presentation Marvel’s Spider-Man: Miles Morales offers the player. The game offers almost a photorealistic depiction of Manhattan in which the player is able to travel and perform various activities within. The shadows and reflections give a strong touch of life to the world that makes the player’s attention completely absorbed in his surroundings.

But the most important thing for me is an element of presentation, inherited and improved from the previous one. Seamless transitions. Here we have one of the only games where I didn’t dare put down the keyboard during the cut-scenes. The way the transition from cinematic cut-scenes to regular gameplay keeps the flow of the game flawless. One moment I was engrossed in the screen watching the pre-rendered scene and before I knew it I was flying through the Manhattan skyscrapers like Spider-Man. One of the best virtual interactive experiences I’ve ever seen.

The gadgets and suit powers remain from the previous Spider-Man just with less variety which is quite disappointing. What is completely new and should be mentioned though is that Miles, as Spider-Man, has the option to use something called a Venom power. The Venom power is Miles’ ability to use bio-electricity and it adds a unique feel to the game. With the help of combos, it can be used to stun large or even dangerous enemies and the fact that its use is limited doesn’t allow it to turn the game into a one-button mash.

Another new feature is Miles’s ability to become completely invisible. An ability that is used as a resource and can be activated outside of and during combat. It provides habituation to enemies but also gives Spidey a much more chaotic combat environment so he can remove his most dangerous targets first.

So this is where the biggest negative aspects of the game come in. Spider-Man Remastered is in every sense a pure beat-em-up with which there is no problem at all with. The sneaking element is only used as a way of facilitating the encounters Peter finds. You are only able to remove a few enemies from the battle and if you make the mistake of being found by the opposing NPC’s, then normal fighting begins. In other words, sneaking is a tool the player uses to make combat easier. The exact opposite is true in Spider-Man: Miles Morales.

By giving the character the ability to become invisible during combat, sneaking one-shot attacks can be used almost limitlessly. Did you already remove half of the enemies from combat with sneaking and made a mistake by making yourself visible? In the remastered you would have to face the remaining enemies because of your mistake. In Miles Morales you just become invisible, wait for them to lose sight of you and just pick them off one by one with no repercussions. In this game, sneak one-shot attacks replace beat-em-up combat. As a result, the sneak, which is one of the tools given to the player, carries much more weight than even the main gameplay loop of the game.

So having the ability to finish battles with small enemies so easily, you have to wonder if Bosses have all the Difficulty. Unfortunately no. This game has some of the most boring and repetitive Bosses I’ve ever seen. The process you follow in almost all Boss battles is so specific that after the first one, nothing will surprise you. Normal combo, dodge, combo, dodge, use Venom and repeat this sequence until the end of the fight.

It’s a real shame in a universe as diverse as Spider-Man’s to fight a total of only 3 Bosses and one of them being repeated. With such a plethora of interesting characters, the developers could really get big with the mechanics they had at their disposal. But alas we only have these below-average and one-dimensional boss fights to characterize Miles’ game.

As with the graphics, the work presented on the sound level is incredible. During gameplay, I did not notice any issues and my experience was always excellent. On the music side, the orchestral pieces by John Paesano brought a sense of heroism and excitement to the listener that really fit Miles’ character. On the other hand, tracks like “This is my time” by Lecrae and “I’m ready” by Jaden Smith showcased the youthfulness and modernism that Harlem radiates.

Marvel’s Spider-Man: Miles Morales is an experience that, while enjoyable, I can’t recommend it to any video game fan as a must-have. Incredible graphics with satisfying sound design but subpar gameplay and a large map of Manhattan that, while accurate, offers no particular surprises and feels empty. Some graphical bugs appeared during my playthrough, but I didn’t find it necessary to mention them, as I believe the game will be more optimized after launch. Unfortunately for the price of 49,99 I can’t recommend it with a clear conscience for only 7 to 8 hours of main story in the game.