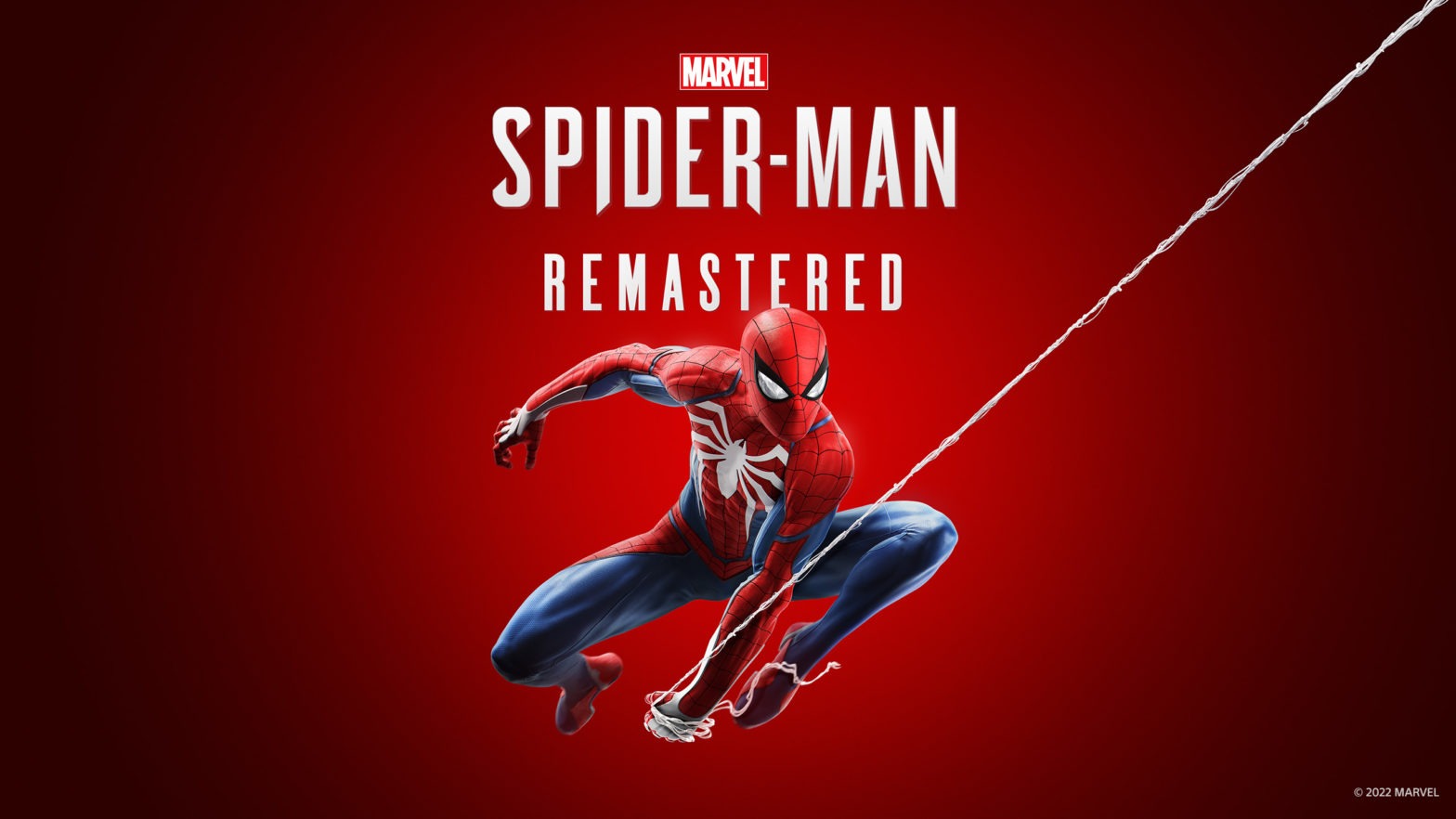 It seems like a dream, but it is reality. Marvel’s Spider-Man Remastered has finally arrived on our PCs. I admit I was jealous of the title when it was originally released as an exclusive for PlayStation consoles. But the conditions are ripe, and the time has come to see it on the best platform. In general, we will mainly stick to the porting of the game from console to PC with all that entails. As a whole, plot-wise, we’ve known for years what we’re getting with Marvel’s Spider-Man. Let’s see in detail:

We are talking about a game based on an original property of one of the biggest brands of the last decade. The standards are high. Insomniac and Nixxes don’t fail in the slightest. Playing it steadily at 60 frames and easily at recommended, I can say that the average PC will run it without a problem. Having many options on how to configure the general performance, I think you will have no problem enjoying the game on lower-end systems, but certainly, those who have the ability to run it with Ray-Tracing on will experience it more vividly.

The whole environment is very nicely done and the map is not small. Everything is very realistic making hanging between skyscrapers breathtaking. Another excellent feature was the realism of the objects. The attention to detail in this game makes it look… what would console geeks say? Ah yes, next-gen. I like this console-y stuff as well, but I prefer my colorful RGBs.

New York is even more beautiful than reality

The representation of day, night, and in-between especially emphasized the verisimilitude of Spidey’s neighborhood. Despite this, many times I fell into a bleak point turning from light to dark because of the shadows that existed. While the environment is really flawless, the lighting sometimes loses a bit and spoils the immersion. I noticed the same sharp drop in quality in NPCs, in addition to the main characters. Sometimes the expressions were little more than lifeless. But you have to sacrifice something here and there to have a stable framerate.

The best part of the game, however, was the animations in general. Specifically, the animations of the protagonist himself were a level above most games we’ve seen this year. All movements look realistic and natural, there is no awkwardness, nor that “gamey” feeling you can’t escape from in most titles. You really have to look to find weaknesses in the animations. Spectacular battles, satisfying swinging, and a more generic feel of the superhero you are handling are the strongest elements of the game. Insomniac and Nixxes did it again.

Technical details you may need to read

In some extra spicy details offered by the PC port of Marvel’s Spider-Man, it is worth mentioning that it has a very neat Ultra-Wide Monitor Support, which will be appreciated by all the strongest setups, since the panoramic images of the sunny ( or illuminated) New York are very hard to beat. Okay, maybe from Elden Ring or Horizon Forbidden West. For our weak friends who put controllers on their computers (don’t miss me), note that there is full haptic feedback when you have a DualSense controller connected. It’s almost like having a PS5.

Finally, since we talked about Ray-Tracing earlier, it should be mentioned that shadows and reflections play a big role in how this game looks (and runs) and show a big deviation in quality from the Recommended or High preset models. This is one of the few games that Ray-Tracing gives another lease of life. It really brings out the hidden potential of the strongest rigs. But if you don’t have the ability to run the latest and greatest from NVIDIA, you might have to worry about your fps a little and hit the brakes.

It is impossible not to refer to how many cinematic transitions there are through cinematics, whether they are purely engine generated or pre-rendered in gameplay. Sony has us used to it since God of War. But here, everything looks so natural. We see familiar characters like the Kingpin and the beloved Dr.Octavius ​​come to life on our screens. Through well-written dialogues and evil plans that Peter Parker is called upon to stop. The costumes are undoubtedly one of the most fun parts of this title, since you can change your outfit depending on which phase of the plot you are in, to make it look even more cinematic. Yes, it might sound like a lot of fan addiction on our part, but we promise, we’re not exaggerating!

I had already enjoyed this tittle to the fullest since the console release. Regarding the general setup of the game in terms of gameplay of course. The PC port and the extra features on the technical side made me appreciate it more though. While I was expecting to freak out over the keyboard controls, it was actually much better than the controller in my opinion. Maybe though I got used to it easily since I was rushing to get the review on time.

But we’ve seen other titles fail miserably during the transition to PC, to the point where the character can’t even move straight. Especially in this game where movement is literally the whole point, handling was paramount. You spend the whole time hanging somewhere or moving forward while hanging. If the handling did not have all these customization options in the settings or was uncomfortable, the game would have a completely different and worse image.

There is an entire tree-based system on web-swinging in terms of combat and kinesiology in general. Insomniac had it covered from the start. Playing it you will see that the positioning, skills, and in general the movement are perfect and have great importance in the battle. Well, the great punches that Spidey throws matter too, but loud and proud is not the only approach. A tip: At first you will need some time to get used to the handling. Once you get the hang of it, switching from web to web will feel natural, from building to building.

Marvel’s Spider-Man Remastered offers 3 skill trees based on RPG elements. Each tree contributes to battle movement and more general elements. By seeing the play style a little from the beginning you will understand which of the three you want to focus on. Aside from the bosses, the enemies have the simple logic of 3 characters. Ranged, Melee, and Brute. At first, there was no problem. Towards the end of the game though, it gets a little more repetitive than we’d like.

All the magic in the Combat system reminded me of the good combos I first got to know in the Devil May Cry titles. As you progress, you get used to the controls and unlock moves -which will make your punches waaaay cooler. There is a focus bar that you will get used to, which fills up faster if you manage to do well on battle and combos. Use this wisely, and you get to be the Spider-Man we are used to seeing on the big screen. Whether you’re throwing objects, throwing people, or launching yourself at them, it all makes you feel OP. Maybe less on big boy difficulties. The first difficulty is purely for the Story of the case. The only thing that got under my skin was the Target system which was barely there, but again, it was covered by the general ease of movements. One more tip: you’re stronger when you’re in the air.

Checklist tier objectives or something more?

I can say that somehow the game beyond the battle system, the majestic movement, and the story-telling of Marvel’s Spider-Man is otherwise a big map with collectibles. If it wasn’t so well designed it would just look like a city filled with missions of the same type. Is this something I might have expected to be improved somewhat after 4 years? Granted, this is a straight-up port, so maybe I was waiting for something more. Objectives type checklists are not necessarily a bad thing though. Everything has its place in the lore. Everything is so beautifully done. Strong parkour moves and web swinging in everything helps you forget that this map could be filled with more than bag chasing and thug-beating.

A nice touch is the puzzles and researches that break the inevitable monotony of the thug beating. Plus the non-stop -move-around here, there, and further. Those moments where you sit and think a little – both you and Peter – while at the same time you significantly upgrade your skills. Besides the Leveling-Up that sticks to the RPG elements we mentioned, with the researches, you will have more gadgets in your uniform… or uniforms.

Lots of positive feelings and few – but significant – negative ones. Starting with the negatives, the world could easily have been filled more and we could have had a bigger picture of villains that we have seen elsewhere, meeting them more beyond the end of the game. Leveling up and grinding are everywhere. It’s not necessarily good or bad it is just that it could be better. Of course, the game is not empty because it is filled with the story and the immersive web movement that you feel in every move.

This game could be an absolute ten if it didn’t have its failures. It’s the most realistic Spider-Man experience out of the comics. A very beautiful storytelling of Spider-Man that everyone will enjoy. Those of you who didn’t have the chance to play it on console, now you can enjoy it on PC.

Lots of thanks to Play Station Greece for the review unit, giving me the opportunity to swing from building to building