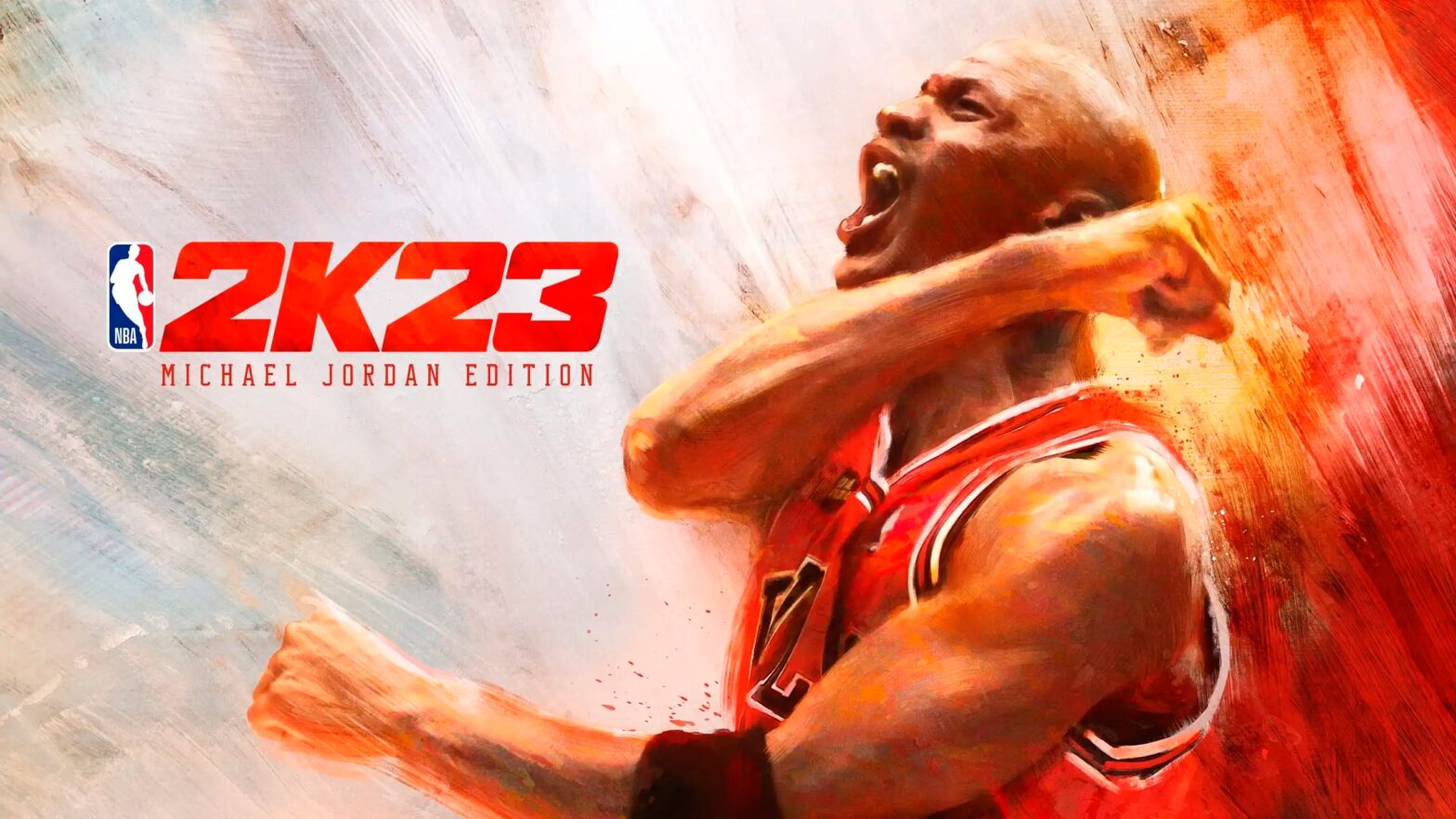 When I first learned I was to write the NBA 2K23 Review, I thought to myself that it’d probably be another entry to the franchise with minute changes. Meaning that I could speedrun through the reviewing process quite fast, but still get to enjoy and grind playing with the MyCAREER player. Let me tell you, I couldn’t be more wrong.

Although the game has long-standing issues with limited progression and microtransactions, you could easily spend 50+ hours playing it and still find a plethora of activities to do. NBA 2K23 amps up the nostalgia and broadens its coverage while delivering a ton of new content.

Noteworthy is also the fact that this year’s iteration comes with a humongous 6 different editions which are the following:

The fundamentals of NBA 2K23 gameplay couldn’t be more familiar. When you use the right analog stick, you have a true degree of control over each player, making ankle-breakers easier to perform.

The margin of error exists since exhaustion and fatigue can affect the rate at which the ball is thrown. In case this is your maiden NBA 2K game, don’t worry, it’s a straightforward concept to grasp. The jump-shot ratings are nearly entirely suited to people; you’ll know whether you’re utilizing a guy like Jordan with a free throw versus a clumsy defensive-minded player. And in NBA 2K23 this is evidently shown.

The inclusion of adrenaline boosts underneath the stamina meter is probably this year’s biggest change. Despite the complexity included, these mainly represent strenuous motions like jumping for rebounds or intricate dribbling techniques. The objective behind this restriction is to prevent spamming dribble moves. You only receive three of them in each possession. Thus, balancing the game.

Although it doesn’t really make sense for the league’s top players to be limited in the same manner as a group of lackluster bench players, gameplay fairness takes precedence over authenticity, and the greatest players still undoubtedly have significant attribute advantages. The fundamental idea is great, but 2K Sports may want to incorporate a few tweaks before next year’s game.

During my gameplay for this NBA 2K23 review, I really fancied the AI. In general, teams are far more dynamic and will adapt to what is occurring on the court; They’ll completely alter their strategy if they’re behind in score or, doubling up and making deliberate fouls on opponents who are dominating them. All of this results in a more realistic experience that compels you to think more carefully about your own playstyle and decide how you want to achieve victory.

MyCAREER and the City, NBA 2K23’s main playground feature. Where you can customize your MyPlayer and take your team to the NBA’s pinnacle led by your personal prodigy. Same as previous titles, the excessive reliance on virtual currency exists, and creating a strong competitor still requires an incredible amount of grind. But then again, that’s exactly where most players are going to spend the majority of their time, myself included.

In NBA 2K23, you may select the team that drafts you and work your way up the NBA rankings to establish yourself as the franchise’s icon. But Shep Owens, your bitter rival, was favored by the fans despite being picked after you. Your mission is to disprove critics and surpass Shep as the league’s next superstar. Here comes the part where the campaign explores the City and its various side quests, all aimed at conquering numerous districts of the city.

During the MyCAREER missions, the player will come across all kinds of cameos, in order to establish and enhance their social media presence, which everybody knows is essential to the success of just about any athlete. I personally enjoyed the J Cole cameo along with his own Dreamville Studio, Dreamer court, and storyline.

This type of variation also extends to MyNBA Eras, an outstanding, market-leading Franchise mode where you have the option to take charge of an existing squad and guide it to victory. But you may now choose to begin your game during one of these renowned eras in NBA history: the Magic vs. Bird era, the Jordan era, the Kobe era, or the Modern era. This effectively goes back in time, replicating the NBA League as it was in that specific period in time.

And here’s where it gets crazy: you may opt to deny pivotal points in NBA history, such as rule revisions or relocations. Whatever period you pick, you’ll get to enjoy a number of updated core features. So instead of assembling a team and forging your distinct destiny, you could instead alter the league’s history. This translates into you practically playing God over the whole league, rewriting its history to your liking. What was already the greatest Franchise mode in the industry has been elevated to new heights.

Included are several new and updated RPG features that give players wider freedom as to how they engage with their franchise and the employees. As well as revamped RPG skill trees along with a more user-friendly interface. Let alone the polished MyNBA display, with updated interface, menus, and simulation times. Εven over multiple seasons.

This goes without mentioning the numerous aspects that distinguish this mode: the way teams play and operate in the 1980s, will alter from the ways teams play in the 2000s, with entirely distinct playbooks and tactics. Additionally, 2K Sports has designed distinct visual lenses for each era, as well as overlays and highlight-appropriate replays. It’s an excellent novelty representing the work put into this new feature.

Now, take all that and put it in the Jordan Challenge, a single-player campaign, which functions similarly to an interactive museum. This is one of the main features of NBA 2K23, the one I dived right into as soon as I booted the game, and honestly, it’s incredible. Just an FYI, getting this challenge to 100% will most likely take you about 8-10 hours.

Similar to the NBA 2K11 format, it highlights 15 of Michael Jordan’s most iconic moments. This is among the most in-depth and well-rounded career retrospectives you’ll probably discover in a video game. The Jordan Challenge lets you play through all of the pivotal events of the Chicago Bulls shooting guard’s career.

Starting from the beginning, back in 1982, with Jordan playing for the North Carolina Tar Heels in the NCAA championship game. You may truly immerse into His Airness’ most amazing NBA accomplishments due to the distinctive commentary and press conference footage with actual spectators explaining the importance of these moments.

Additional games can be found there, but I won’t spoil the fun; nonetheless, if you’re an MJ fan, you’ll have a great time. This is a fantastic historical overview of Jordan’s career, and playing as him feels smoother than ever. I think he is the best player to ever be featured in an NBA 2K game, and his graphics are breathtaking as is his gameplay.

One could easily tell that 2K has put such a great deal and effort into this mode, and it serves both as a fun gaming experience and a historical retrospective that may teach younger fans about MJ’s excellence.

NBA 2K23’s MyTEAM is mostly identical to its predecessors. Even if the fundamental gameplay remained the same, there were a couple of substantial changes, First Clutch Time came back, but with the added flair of the single-player mode. Second, contracts aren’t a thing anymore for the Permanent Cards. Therefore, everyone will be able to play an infinite amount of times, besides Free Agents who will continue to have a restricted amount of plays.

Eventually, there is now an Exhibition system that allows you to “trade” your unused player cards, by sending them on “quests”. Removing the ability to use them for a defined period of time. Different rewards are collected once their task is complete. Lastly, these quests have specific requirements dictating the kind of player cards that can be “traded”.

Simply put, Exhibitions offer the player the option to utilize their leftover player cards rather than collecting digital dust. Something like FIFA does with FUT Squad Building Challenges.

While the WNBA returns in NBA 2K23, its career mode seems more like an afterthought. One could acknowledge that this game mode has fewer participants, but that wouldn’t be the case if the WNBA was as compelling as MyCAREER. Despite still being an entertaining mode to explore, the depth is just too little for a non-WNBA fan to enjoy, prompting players to resort to the other modes.

Perhaps a completely new MyTEAM environment for the WNBA will suffice. Ultimately, if 2K has plans to introduce any additional features to the WNBA in future titles, it would definitely be welcomed.

Although the controls are generally accurate, the aesthetics are not exactly cutting-edge. The only stumbling block here is that portrayal of the athletes from the past isn’t always adequate. NBA 2K23 is 150GB (PS5) game, and supporting characters (such as on-court interviewers or side-missions NPCs) are unappealing.

Typically, visuals are of the least importance in sports games, since many of them are released annually with hardly any graphic improvements, diminishing their visual originality. Several of the player models and especially the photos of portraits don’t seem great or realistic. The models overall are stunning, however, there is no explanation for the portraits of several league’s past stars being that way.

It is worth noting that the Nintendo Switch and PC of NBA 2K23 are running the previous-generation version of the game, according to a statement on the 2K Games website’s FAQs page. Despite that contemporary PCs can support next-gen, the version will be only available for the PlayStation 5 and Xbox Series X/S. Distressing news surely made the PCMR community feel like second-class citizens.

The developer has also been very active in developing a staggering amount of animations, including new contact dunks and inventive layups. You may even swing your body around to flex on your posterized adversaries while hanging from the rim if you choose to! But many of these movements have a steep learning curve.

On the PS5, 2K has used the console’s ability to demonstrate how beautiful basketball can be. While your teammates are running up and down making contact with the defense, you’ll notice sweat drops on their heads, across their arms and legs, and a level of consistent deterioration. The motion has never seemed smoother, and it is quite breathtaking to see. They’ve even accomplished something unprecedented in sports games: the audience appears genuine and responds to the activity on the court as it occurs.

It may be simple to claim that sports video games provide the same experience year after year, but NBA 2K23 tries to defy that claim. The new MyNBA Eras mode is a stunner that is for any NBA fan or historian, and the Jordan Challenge campaign is also a real blast.

Playing through monumental moments of the franchise’s history, I would say is the thing that ultimately took the spotlight in this year’s iteration. The title still has difficulties with MyCAREER and MyTEAM’s excessive reliance on microtransactions, but in order to make games more exciting and challenging, 2K Sports has made some outstanding balancing adjustments on the court. When combined with all the new animations, this results in a basketball simulation that is the exact definition of a slam dunk.

If you are a novice player, then getting to grips with the NBA 2K franchise for the first time would be ideal. Meanwhile, long-lasting 2K fans will also find a richer experience with numerous things to mess with. But if you’re looking for innovative changes, and you couldn’t care less about skipping a year, then NBA 2K22  MyCAREER would suffice for another season.

Huge thanks to CD Media for the Review Key.