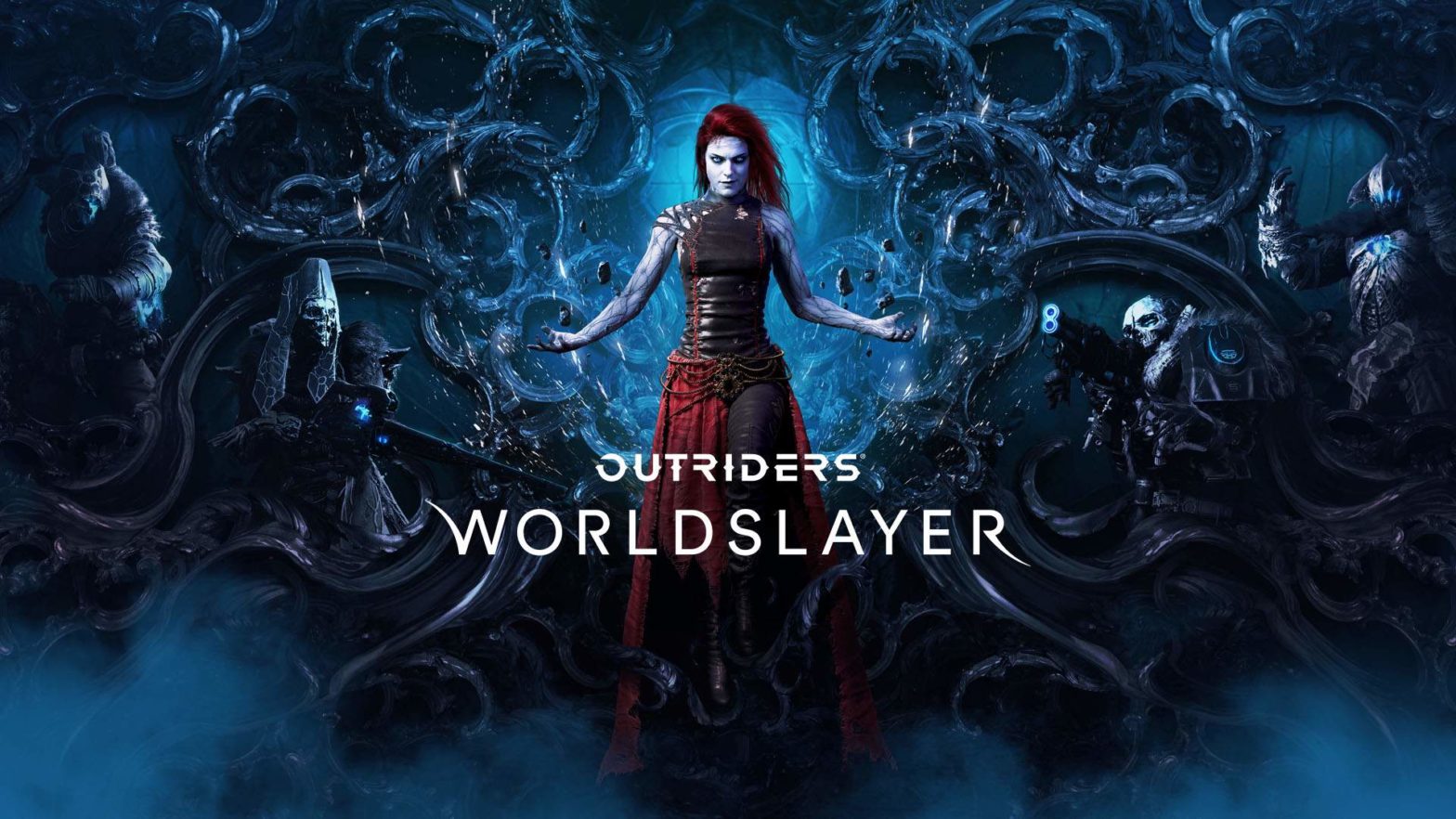 The story starts off with your team looking for the last drop pod. Zahedi requires information stored on that drop pod for his research. You arrive only to be met with feral Pax and a new boss type enemy, a raging beast enslaved by the Pax for hauling heavy materials. As you clear the fodder with ease, the boss fight sets the bar high right away.

As an anomaly enhanced blizzard storm is racking the pod while Zahedi analyzes the data, he discovers that the anomaly is growing and consuming the planet. The anomaly is a storm that destroys all living things and can potentially change creatures and humans into Altered forms. It does mean the end of humanity, as the remnants of our entire race are stranded on Enoch. You set out to save humanity once again, not against a mortal enemy but against the nature of the planet itself.

As you return to Rift town it has been utterly destroyed by the anomaly blizzard. Leaving the town we once knew in shambles, just like many of the survivors. What is left of the population of Rift Town has gone underground and will soon die out. Naturally they offer no help whatsoever, especially when it turns out that Zahedi was in contact with an Insurgent scientist.

Striking deals with the sworn enemy of Rift Town doesn’t leave much leeway when it comes to help to save the planet and everyone on it, apparently. What struck me during my Outriders Worldslayer review is that the story wasn’t coherent enough at times.

A few missions later we meet up with the dead scientist. He was murdered by the leader of the Insurgents, Commander Ereshkigal. She wants the world to be destroyed and leave Enoch filled with altered and take over… The planet? That she would technically own as the last survivors? With nobody to fight and no resources left as everything is destroyed by the storm? What is her endgame here, humanity can no longer get off Enoch so she can’t go out and conquer the galaxy.

Without spoiling anything else of the continuing story, that isn’t that fulfilling to be honest. During my Outriders Worldslayer review period I felt that I was playing two stories that intertwined. One is the conflict between Rift Town and the Insurgents and the other saving the planet from the Anomaly and uncovering more about the history of the Pax and their lives before their demise.

It felt like both stories could have been fleshed out more and be separate lengthy expansions on their own. Every topic gets touched on only briefly before continuing to the next fight or area. Your first encounter with Ereshkigal is way off with the second time you encounter her near the end of the expansion. I figured, as she was the cover image, the whole expansion would revolve a lot more around her and the insurgents.

Not only is the story not that engaging, on top of that it’s really short. Depending on how fast you go through the sometimes simply annoying encounters, it will take you four to five hours to complete it and unlock the new endgame activity.

The new campaign is filled with encounters and several new enemy types that change the battlefield. I was really excited the first time I encountered a new enemy, only to be annoyed and sighing my way through the encounter. Each new enemy type has so many stuns they throw at you it gets ridiculous. This was a problem for the base game and is still a problem. It even got worse as some enemies throw such huge area-of-effect attacks you end up running a marathon. Outriders isn’t a looter shooter, it’s a looter runner.

The executioner has a huge aoe attack followed by a stun attack that goes into a melee attack that has a straight cone ranged attack when it finishes. During the campaign you have to fight two of these at the same time while fending off rushing melee fodder. I called it a night after dying in that fight a couple of times.

If it wasn’t for my technomancer turret build, I would have suffered a lot more through the campaign. The encounters took up most of my time during my Outriders Worldslayer review playthrough. And frankly, not a single cell in my body is looking forward to playing them again.

The best part of Outriders Worldslayer and the most fun I had while doing my Outriders Worldslayer review is the loot part. Finding these new awesomely made guns and armor pieces truly is the highlight. Piecing all the pieces and talents together to get a working build is a small job on its own, but it’snreally satisfying to see the results in action.

This does mean that your previous build is utterly useless right now and you will have to regrind the set pieces you want if you are going for maximum potential. You will discover new sets and amazing looking guns along the way.

After beating the campaign you haven’t really completed the Outriders Worldslayers expansion. The true end credits run after you defeat the new endgame boss. The trials of Tary Grata, is the name of the new endgame, is a static map with static encounters and randomized enemies on said encounters. You still get to choose what path you take through this map but the routes never change.

You can die up to three times before your run is forfeit and you have to start over. You do get to keep the loot you gathered in that run but the real treasure is the end boss with a guaranteed legendary you can choose. Be sure to use matchmaking or play with friends as these encounters and bosses are spicy. And as aforementioned: full of stuns.

If this had been a true rogue-lite experience like Curse of the Dead Gods or Hades, it would have had so much replayability. But after a few runs you just have seen it all. You’re only doing it for the loot and it becomes a mindless grindfest for loot. I had that same feeling that I had during my Far Cry 6 Vaas DLC review, there could have been more and it could have been so much better.

Outriders Worldslayer brings a lot of new toys to play around with but no content to actually do it.

This DLC should have hit Gamepass or at least not have the asking price it currently has. If you are a diehard fan of outriders, you will thoroughly enjoy the new loot and endgame activity Outriders Worldslayer delivers. But if you think this redeems Outriders and changes the game even more than their Horizons update, you are wrong.

If you are a new player looking to get started into the Outriders universe, yes, then the whole package deal of the amazing Outriders thirty hour campaign and content plus what Outriders Worldslayer has to offer is a decent deal.

Thank you CD Media Greece for allowing me to do this Outriders Worldslayer review.