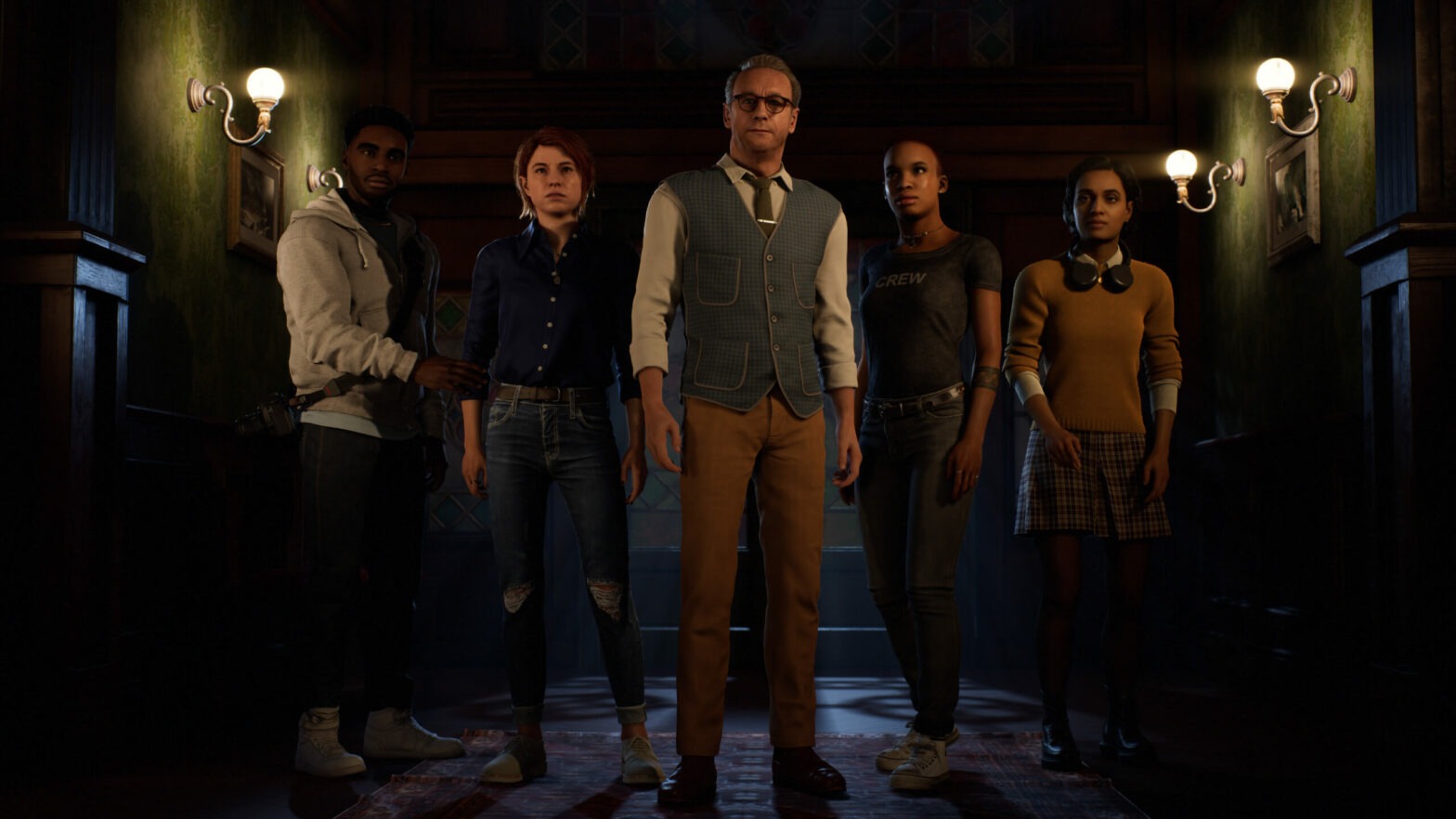 After a year’s wait, the hit series The Dark Pictures Anthology returns bringing its fourth title, The Devil in Me, into our hands. And since the previous game in the series, House of Ashes, had gone pretty well, I can say that my expectations for this particular title were relatively high. I was expecting something that would blow my mind and something original that we hadn’t seen before in terms of story and characters. So let’s say that in the first one, the devs hit the nail on the head, while the second remains almost untouched for inexplicable reasons.

Welcome to the World’s Fair Hotel!

Or maybe better at Murder Hotel? Oh yes… Our story takes place in the World’s Fair Hotel, which has a very dark past. Specifically, the place is where the serial killer H.H. Holmes (the first ever) used to trap and murder his victims. Now, Holmes’ Murder Castle is a modern replica housing all the traps he had set there years ago.

Our protagonists are a group of documentary producers, who receive an invitation from a mysterious man to visit the place and cover it. Wasting no time, the team reaches the island where the building is located but soon realizes they are trapped there. And the worst part? Their host is missing and someone seems to be playing strange pranks on them behind seemingly closed doors.

As the game progresses, things get weirder and weirder, with the events that take place becoming increasingly dangerous for the team. The Devil in Me constantly builds a spooky atmosphere, which escalates at several points and is usually accompanied by excellent jump-scares that are very well-timed.

The plot of the game is extremely interesting and although the events unfold relatively slowly, this contributes to the creation of a gruesome and spooky atmosphere. Present and past are mixed and combined in a very interesting way, without any gaps or sticking points in the story. The flow moves forward at a steady pace and the events of the past always come to complement the present and explain what is happening in the now.

I also found the Prologue part of the game clever, where we learn the history of H.H. Holmes playing the game and specifically experiencing the horror through two of his victims. It’s a clever way to introduce the player to the story, the tutorial, and also the main antagonist.

The characters introduced in The Devil in Me, especially our protagonists, are quite well written. Each has a different personality with different traits, which play into their actions in the game as well as what they say in the dialogue. Of course, I must mention that the characters are once again quite similar to previous years and we still haven’t seen anything new and special in terms of their style.

The game also includes some small and interesting things, which make it look even more well-made, realistic, and detailed. In particular, each character now has their own small gadgets (from everyday items to documentary filming equipment) that can be used during gameplay only by that specific character and whenever the player deems it necessary. This dresses up the gameplay nicely, adding detail and making things more challenging as the story progresses.

The show, as far as the above track is concerned, I think is stolen by Erin’s microphone. He can use it at any time and listen at high frequencies to things happening inside rooms and behind walls. This is not only useful, but it makes the atmosphere quite tense, especially when the controller vibrates while you clearly hear every sound – from the closing of a door to deafening screams.

One could say that The Devil in Me, although a slow-paced game initially, manages to create an atmosphere that almost touches the perfection of Until Dawn. Of course, we can’t say that it’s already done that, but it’s trying to and it shows. Something that the previous games didn’t manage to achieve.

Something that makes The Devil in Me even more terrifying and atmospheric is that you don’t know who your enemy is for a long time. The entity that watches over our protagonists and lurks behind every door or wall is unknown, faceless. So not knowing your enemy can be terrifying, especially when you know he’s watching and listening to you every minute! You feel helpless and trapped along with the company of the protagonists, as if you are part of the gang, and of course, without being able to do anything about it.

Decision-making comes to add its magic into the already spooky atmosphere and it can have extreme implications for the team. A small mistake in QTEs or a wrong decision can even lead to the death of one or more team members. Of course, the omens can help somewhat with this, which appear in the form of frames that the player is constantly looking for in the game. Thus you get a glimpse into the future while mostly trying to avoid character deaths. This is also where the Curator steps in, whose role has gained a little more importance this year. He is not just the ‘presenter’ of the story anymore, but can also give hints to the player if they wish.

Hints are given at specific points in the game and are presented in the form of puzzles, so they are not clear-cut. It seems that the inspiration for this addition was ‘The Quarry’ which was released by the same company a few months ago and I can safely say it is a smart move.

The controls of The Devil in Me are perfect and simple, as there’s no combat, but QTEs and simple interactions. The camera follows the player in third-person view, keeping a smooth flow. However, it often didn’t fit very well in the hotel’s narrow corridors and little hidden rooms, which hindered the exploration somewhat. Furthermore, The Devil in Me’s excellent soundtrack also dresses up the gameplay superbly, adding small but significant touches to its gruesome atmosphere.

The game’s graphics, albeit on the PS4, were excellent and highly detailed, something a horror game should almost always have. It is of course important to mention that I also found some bugs and glitches while playing, mainly regarding the movement of the characters. Quite annoying was the fact that opening certain doors can trigger cut-scenes that don’t allow you to go back to the room you came from. This results in missing out on important parts of the exploration, such as items that you may need later or that add details to the main story.

The Devil in Me: Verdict

The fourth installment in The Dark Pictures Anthology series, The Devil in Me, is a little gem that stands out from the previous titles, mainly because of the amazing atmosphere it builds. The story is not extremely original, but it is presented in such a way that makes it stand out. The choice of the devs to deal with the lore of one of the most ‘famous’ serial killers of the time lends great interest to the game. Moving (finally) away from the supernatural, such as ghosts and monsters that we have seen in the past.

The atmosphere of The Devil in Me makes it stand out, as it manages to place us almost fully into the heart of the story. The music and graphics elevate the gameplay, while the QTEs and dialogues make it look like a psychological horror movie where we are the protagonists and determine the outcome. The Devil in Me is one of the best games that Supermassive Games has created and certainly belongs to a peak level of success, next to titles such as Until Dawn and The Quarry.

We would like to thank CDMedia Greece for the review unit we used.