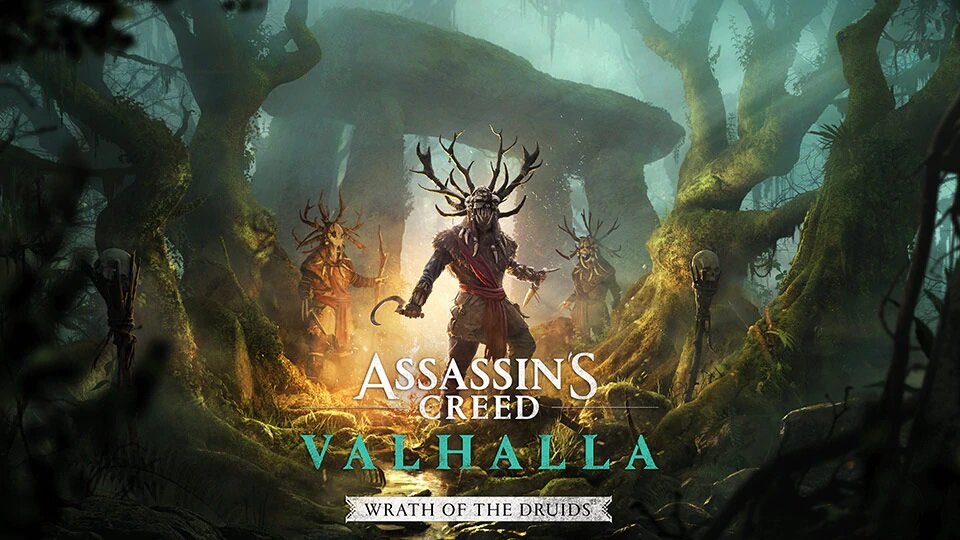 In Assassin’s Creed: Valhalla we traveled all the way back to the age of the Vikings, where we played a major part in the adventures of the fearless Viking warriors through Eivor. Wrath of the Druids is the first DLC of Ubisoft’s hit game. This time we’re invited to explore the land of Celtic legends, Ireland.

The story begins when our protagonist receives an unexpected letter from the King of Dublin, Barid. Assisting the merchant who brought the letter to him, Eivor realizes that the King is someone he has known personally for a long time.

Motivated by curiosity, Eivor leaves his settlement for a while and travels to Ireland which in this period (9th century) is claimed by many kings. So, trying to help King Barid restore his name and gather strong allies, he will be confronted with an ancient cult that is once again pulling the strings from the shadows.

We know very well that Assassin’s Creed games love some mystery. This time we are called to unfold the legend of the Children of Danu. In addition to the members of this ancient Celtic cult we will be confronted with famous legendary historical figures and powerful creatures.

The story of the DLC is quite complete and interesting from the first minutes. The people you know during the course of the story are interesting enough to keep your attention until the end, while the events that take place in the war between the kings force you to get to know Eivor better. We really can’t say more without spoiling anything.

You will need about 13-15 hours to complete the main story and another 3-5 hours for the side quests.

A trip to Ireland

We can travel to Ireland at any time after the Prologue, no matter where we are in the main story of the game. This is, of course, a separate, new map that is up to the quality and detail standards Ubisoft has gotten us used to. The map is large enough so you have plenty to explore, and rich enough to not feel empty, but not so vast so you get bored halfway through. It is divided into four regions, Dublin, Meath, Connacht, and Ulster where the events take place.

Wrath of the Druids adds a fresh touch to Valhalla. If you have already finished the game and have completely conquered England, you will appreciate the opportunity to explore a brand new area. The landscapes do not change dramatically compared to the regions of England, so they are familiar, yet unexplored.

The gameplay is not much different from what we are used to. The new skills and new gear that’s available make the game richer in content and add a couple of new playstyles. Boss fights are quite satisfying and offer a degree of difficulty that will make you think more carefully and not charge headfirst into every enemy. Apart from some strange creatures that we will meet on the way, the rest of the battles seem quite familiar as they follow in the footsteps of the base game.

The recommended Power Level to start Wrath of the Druids is level 55. If you are at a higher Level, however, the enemies will scale according to how far you have progressed in the game so that battles are not too easy.

Assassin’s Creed: Valhalla Wrath of the Druids enriches the history of the game and immerses us in the history and myths of Celtic mythology. Ireland is another well-designed piece in the well-built open world of Valhalla. It is definitely a must-play for fans of mythology and for those who, of course, want to explore the enchanting world of 9th century Ireland. If you loved base Valhalla, you’ll love this expansion too.