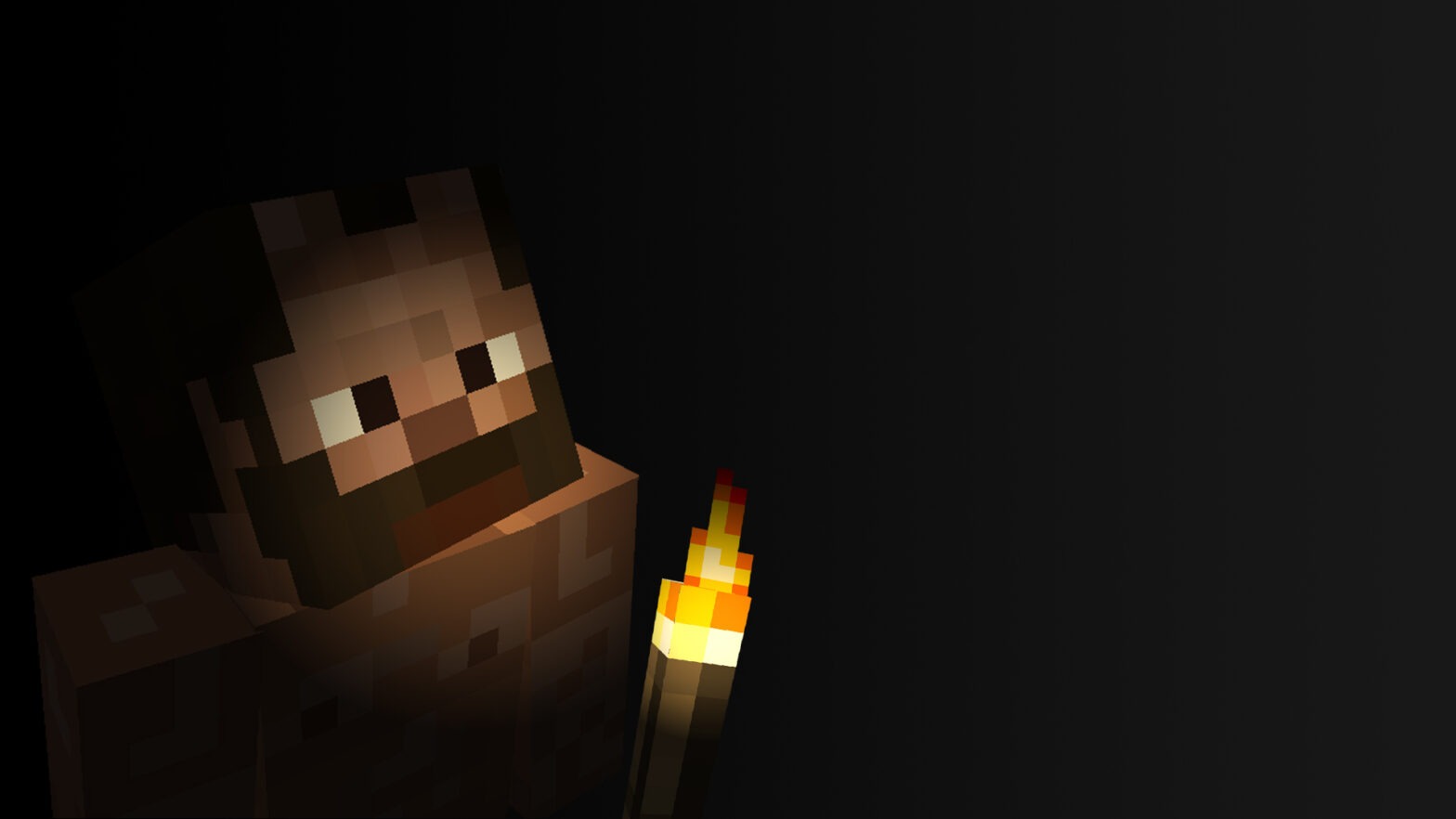 The Rabbit Hole could not miss the legend of Herobrine. Obviously, a game like Minecraft would not be expected to have the slightest element of horror and mystery. Surprisingly, Herobrine is supposed to have regularly terrorized various players around the world. Let’s look at the facts surrounding this myth:

For some it is a ghost, for some it is a glitch and for some it is something like the Yeti. Everyone says they have seen him, but no one has found him. However, there are some interesting features around him that keep a great interest in the story. Rumor has it that players encountered pyramids in the middle of the sea, or large tunnels with vast areas of indefinite shape, or even trees without leaves. Obviously these also happened in the worlds created by the players, without having created them themselves. There are many who have said that objects were missing from their chests. As an appearance, everyone describes him with spooky white eyes. Those who have allegedly seen him state that he appeared at some point to run away from them or to hide from them.

An interesting element about this character was a meeting he had on the Copeland stream. During the stream in survival mode, the streamer found himself in a house where he met the famous character. Apparently he started running away himself. At first, no one knew what they encountered and the video went viral immediately. Of course, the Minecraft veterans report that the meeting was fake and that the streamer had directed it. Apparently, the streamer made the texture of the game look like Herobrine and then pretended to react. But Copeland later admitted that the incident was fake, confirming the level-headed players.

First of all, in order to delve into this myth, some things must be separated. There were many who created fake material about Herobrine. YouTube videos and photos with Herobrine allegedly in the background. Others commented on overly drawn stories and ostensibly that you can invite him through some mysterious ritual. While many experienced players state that most of them are not true, they all have a special story in the game to tell about various mysteries that characterize as part of the Herobrine legend.

However, the interest regarding all the statements was from the company and specifically from Notch. Markus Petter, creator of Minecraft, said there was no such thing in the game. However, what raised the interest in his comment is the patch that followed after his statement. As in all games, patches come and go, so too in Minecraft. Specifically after his statement, within the command lines that dominated the patch, there was one that said -remove Herobrine. Because of this, the whole issue started to garner more interest.

In the next patches, there was always the line -remove Herobrine. In a Notch tweet from 2010, he states that Herobrine is not real, but it could be soon. Which leads to the first theory that deconstructs this myth. The last element is that in all the released patches, every single one of them was removing him from the game. Except for the Nether Update patch. The nether update was the first update after a long period of inactivity, and is the only one that does not mention the removal of the character. Can anyone guess why?

Let’s start from the beginning: the most logical theory that can dismantle the myth is that all this is practically a big glitch. The stories that players have in common are very similar to the bugs or glitches that the game could have. Ok, with that logic then, Cyberpunk is full of ghosts, but that happens even in the most well-made games. Strange holes and leafless trees that appeared when the player was offline, look a lot like miscalculations in the game. Also a moving character or strange shadows could be any memory stick or graphics card.

Such glitches were very common, especially during the period when the legend of Herobrine appeared, i.e. in 2010. In the period from 2008 to 2013, the versions of the game were frequently upgraded and differed greatly from each other. Even today there are big changes, but back then there was a bigger impact per patch. There was a very high probability due to incompatibility that the games showed strange shapes, fog for no reason, as well as various other graphic problems that were mainly characterized as Herobrine at the time.

The second theory is that it existed from the beginning, or even joined the game along the way. This is also supported in the interaction that companies have with the public. If the audience is hyping about something, why not keep it interesting to them? It would make a lot of sense to add something that would make the Minecraft world more interesting. It would not be the first time that the company of a game changes the content according to the wishes of the community. Even they have taken official photos with the supposed ghost hidden somewhere, or commenting in some posts that he finally exists, along with other humorous comment. But why not remove it in the latest Update?

If we think about both theories, they are very likely to apply together. Glitches and bugs, especially in version changes, have been, are and will continue to be. It is very interesting as a company moves through the creation of an urban legend to keep the game alive. In this way, both interest is maintained and compatibility errors between games are covered. In addition, adding something like this later, if it was not already present from the beginning, gives the company a good standing in the community. At any rate, there is nothing better (for us at least) than a well-established urban myth.

Finally, would you mind if Herobrine really existed? Apart from being awkward compared to other myths, it is very interesting to have something like a Yeti or Bigfoot, but in Minecraft. It is a game in which its fanatical players spend too many hours creating. It becomes interesting if a mystery lurks within it. Even such a touch gives them value, whether it exists or not.