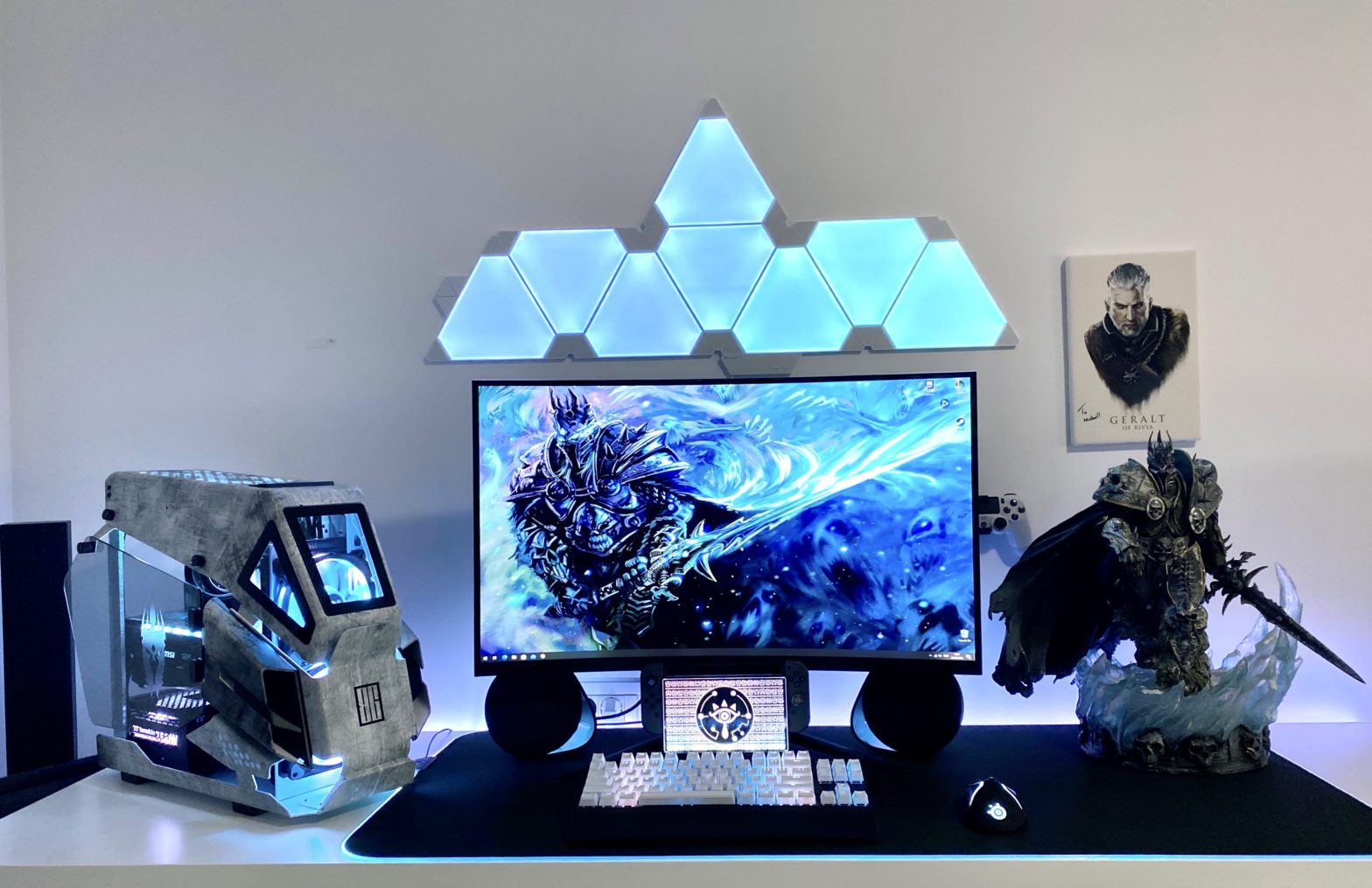 As I was cleaning up my World of Warcraft collection, I thought about how nice a custom build based on one of the most beloved (but also hated) characters in the series would look. Our boy Lich King, former Arthas Menethil. And that’s how Project Arthas started.

I know that Andy from Thermaltake Global was one of the “Gosu” WoW players and I thought, “why not?”. I sent him a message and the following dialogue followed:
– Andy, I’m thinking of starting a PC mod about Lich King.
– I’m in!

After a lot of effort (as you saw above), I was able to get Thermaltake involved in the build. So, they sent us the following parts:

I started thinking about how we could turn a helicopter-based case into something that looks like an armor. To achieve this, we had to order a custom-made vinyl sticker in the colors of Arthas armor to resemble battle damaged metal. The print was on protective laminate to have greater durability over time.

The idea was that the exterior of the case resembled a plate armor, but the interior with the help of RGB lighting would look like snow falling on the Icecrown Citadel. I believe, we achieved that!

Then I talked with the team of MSI Turkey (who is also responsible for the Greek market) and shared our idea with them. I was asked if:

could be something that would fit our build. Well, we could not say no to these epic parts. With the experience and help of our friends and brothers Overchilled PC Builds, the backplate of our 3060 was transformed into the snowy mountains of Icecrown.

The rest of the pieces we used for the build were the following (as well as the peripherals in the original photo):

Although this is our first custom build, we want to believe that we did quite well.

What do you think? How do you like our Arthas project? Should we continue with PC modding?

We would like to thank once again Thermaltake and MSI who, despite our inexperience in this field, believed in us and trusted us with their products for our first build.