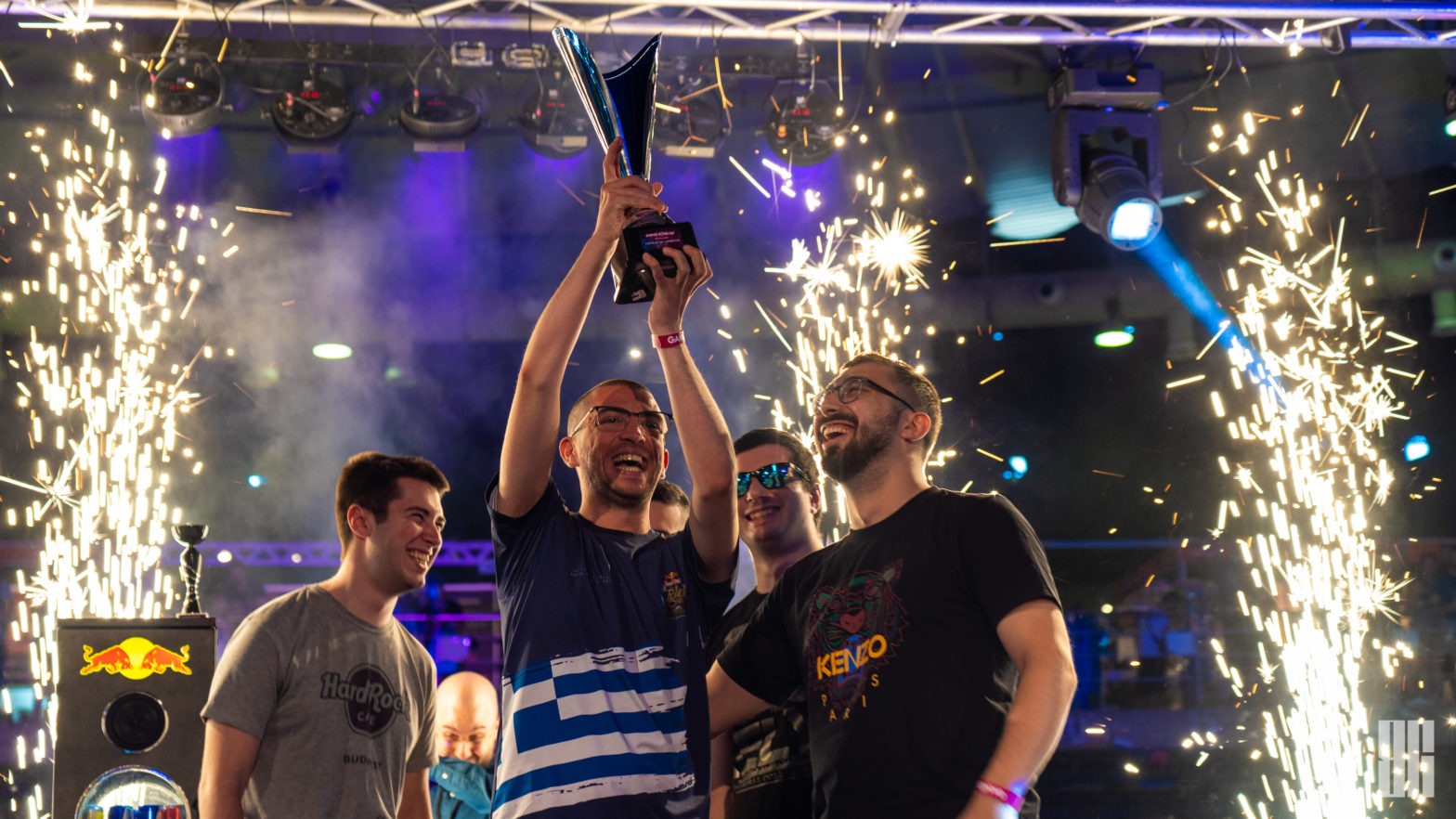 It’s been a week since Gameathlon and after some tiresome photo-editing sessions, I finally get to share my thoughts on Greece’s biggest gaming event. After a long two-year wait due to the pandemic, the Olympic arena of TAEKwonDo finally welcomed thousands of gamers, cosplayers, and exhibitors in this mega event.

With Samsung being its official display partner, JBL covering the audio necessities, and the support of eFood, the Greek gaming community was in for a blast! It was the first time I ever attended a gaming event of this caliber, and let me tell you, I couldn’t have asked for anything more. Gameathlon had it all.

From a massive LAN party to 30+ different gaming tournaments. From Beat Battles to a 12-hour music production seminar series. And for the most demanding and beloved culture devotees, there were pop/cult culture communities and dedicated booths. Booths for artists, creators, and cosplayers. Indie companies, arcade/retro video games, board games, and eateries.

The atmosphere was lively on Saturday morning (2/07), with people arriving early and eagerly waiting for the opening of the venue, which on the contrary was late. However, once it got underway, people entered the stadium and began to explore the site. As for the layout, from what I had seen, nothing was different from previous years, with the organizers following already established ways. The main stage of the event stood in the center of the stadium while surrounding it were LAN parties and booths from various companies.

At midday, the event’s activities began, with the League of Legends tournament kicking off. Mikeius then appeared on stage, and performed some of his stand-up comedy show, before the event continued on with the Cosplay Parade. Where all the Cosplayer attendees were showcased. In the evening, the console tournament finals took place, to wrap up the first day of Gameathlon.

On Sunday the number of visitors was much larger than the day before, especially after midday. The audience was vigorously present in front of the main stage at every opportunity, as the TAEKwonDo stadium started to fill up. The action on day two began with the 5v5 League of Legends finals between the teams Lamiotes69 and Here to Win it, with the latter winning the tournament. I guess the name wasn’t coincidental.

Following the finals, a small dance party was set up, orchestrated by a dance group on the main stage, which unfortunately failed to engage the audience. Shortly after, the Cosplay Competition was on, which was the most exciting part of the weekend. The audience applauded and cheered for the Cosplayers while they were giving the best impressions.

Some of the costumes were rather spectacular, and the thrill of the participants certainly captivated the crowd. Noteworthy is that contestants from abroad were attending the Cosplay Competition, a nice accolade for the Greek Cosplay and gaming community. The SteelSeries Rainbow 6 tournament winners were awarded next before the guest trappers took the baton with the beat battles, which did not seem to excite the crowd that much.

A large number of artists from the comics scene were also present, along with a vibrant presence of tattoo artists, who offered to “hit” tattoos on those interested, using pre-selected designs from the gaming and anime worlds.

Many companies set up a booth to exhibit their products. Steelseries, Samsung, JBL, Red Bull, Lenovo, Spartan Gear, and AXE are just a few of those present, and several of them gave away lots of prizes to lucky visitors.

Throughout the Gameathlon event, one of the positives was the willingness and excitement of the various streamers and influencers to meet their fans. Some of them didn’t stop going from place to place, taking pictures. While several of them live-streamed their presence at the event. Esports personalities to Instagram/Tik-Tok stars all seemed to have missed the fan interaction over these 2 years and made sure they didn’t let anyone feel left out.

While we did have an amazing time at the event, there are some things that could be improved upon. The biggest problem for us was the lack of adequate air conditioning in the main hall on the first day of the event, making the atmosphere suffocating, while the queue for food/refreshments/water resulted in having to wait even close to 1 hour just to buy a few bottles of water.

The desire and vision are present, what remains is a serious analysis of the event’s planning, to eliminate its weak points. From the very beginning, Gameathlon has been an event that innovated in terms of guests and organization. Still, it appears to have stopped looking for something different, and this may be its biggest hurdle.

One of the positives, however, is the willingness of the various streamers, influencers and cosplayers, to meet their audience, along with the audience’s love for the people they are constantly watching via their computer or mobile devices. This reciprocal love may well be the thing that Gameathlon needs to shift its focus back to, before its return in September, with Gameathlon Back To School..

We would like to thank Gameathlon and its organizers for providing all-out access to the event. Here’s to the next one!