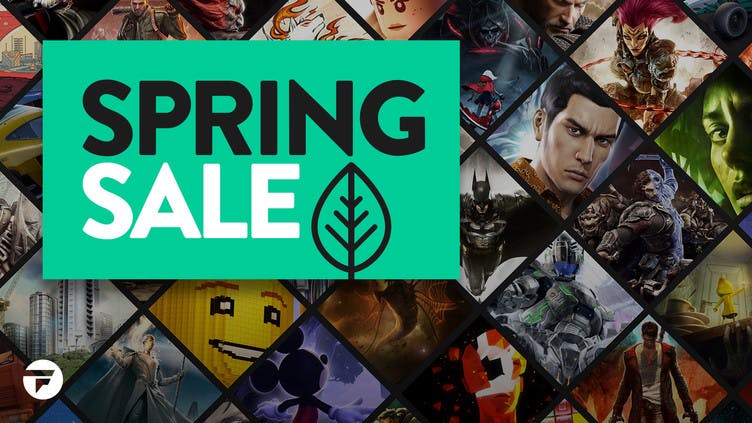 The annual Spring sale at Fanatical is live with many titles at great price points for PC and more platforms. As you can expect, most of the titles on sale can be redeemed on Steam, so it is definitely worth it. Some examples are Kingdom Come Deliverance and Rainbow Six Siege as far as tried and tested games are concerned. As for the newer games, Persona 5 Strikers and Yakuza: Like a Dragon are a couple of your best bets.

Fanatical has this promotional offer, where if you spend more than $10 on the platform, they gift you a game. With so many titles, it is not difficult to exceed the limit, so we consider the extra game almost a given. Some that are worthwhile for us are; Beat Cop and Tomb Raider: Chronicles.

There are several well-known Capcom games on sale too, such as: Resident Evil 4 for $4.59 and Street Fighter V for $7.39. Of course, Ubisoft could not be missing out on the fun, which, in addition to popularity, its titles also received exceedingly good reviews last year. So if you do not have them, now is time to get them. Some of them are: Assassin’s Creed Odyssey’s Ultimate edition for only 27.59$ and Rainbow Six Siege for 7.39$

As we said before, sale is not limited only to old titles. Instead, you can find new ones at very good prices. Of course, this also applies to pre-orders, specifically Total War: Warhammer 3 is also on sale for $50.88. This is a good opportunity to save some money before the game even hits the market.

For those who are after quantity there are respectively bundles, the more money one spends, then one gets the corresponding number of titles. For example, $7 corresponds to 11 games

Fortunately, Flash sales are made at regular intervals. The offers are updated daily and include different titles, so you will definitely find something you are interested in. So if you do not catch up now, there will be more in the future!