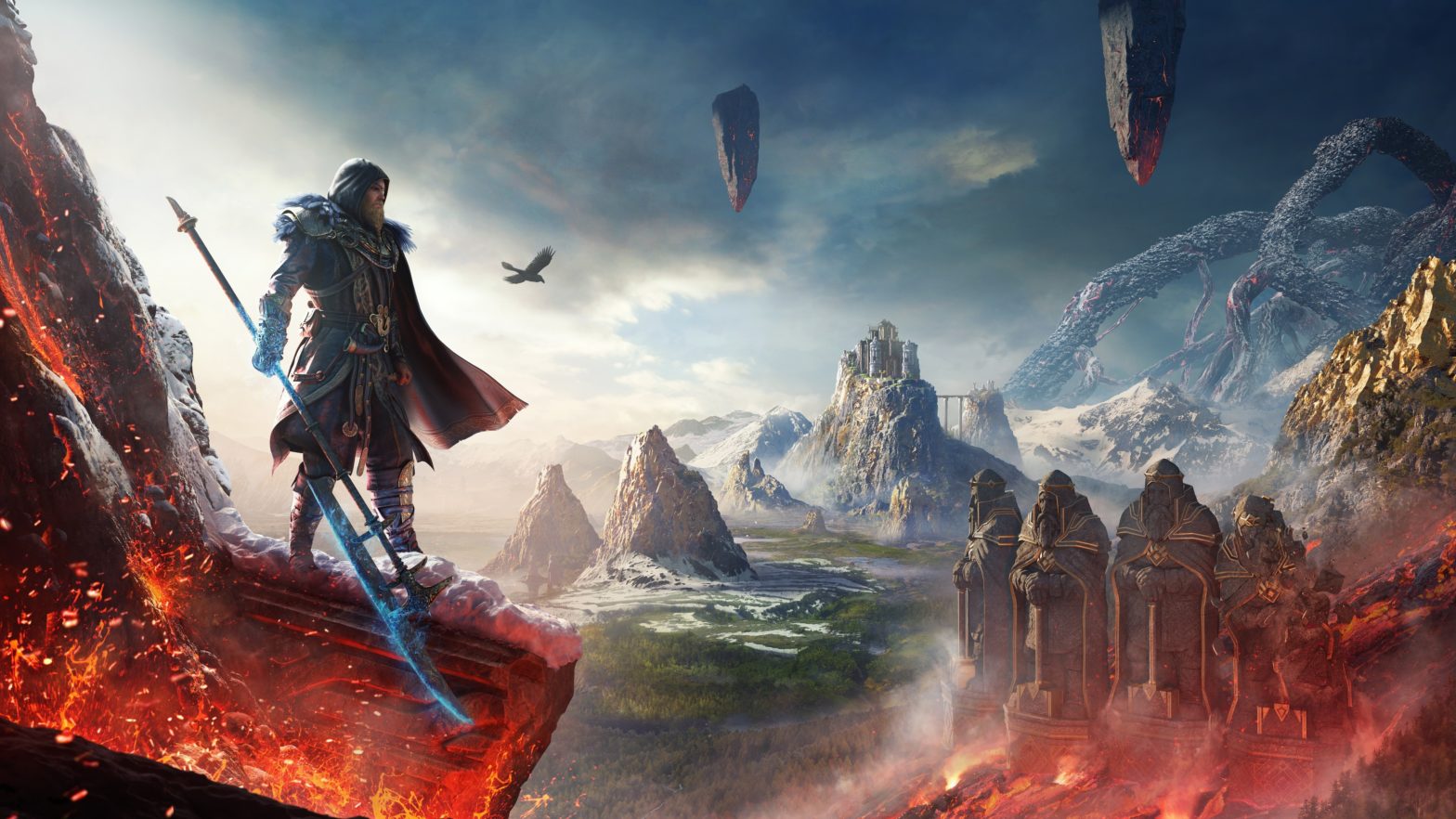 The beloved Assassin’s Creed game series is back with us through its latest addition, Assassin’s Creed Valhalla. This time around, Ubisoft chooses to spoil us with the third expansion of the title, Dawn of Ragnarök. After a trip to Ireland through the Wrath of the Druids and another one to France with The Siege of Paris, Dawn of Ragnarök takes us on a journey through the enchanting Norwegian mythology, which who wouldn’t want to explore! Fresh new characters, explosive powers, and intense combat: these are just a small taste of what awaits those who get their hands on the new expansion. Let’s dive in, assassins!

Dawn of Ragnarök – Through Eivor’s visions

You can activate the expansion either if you have already played the game (and ideally your power level has reached 340+) or if you are playing for the first time. In the first case, players can activate the quest ‘Restless Dreams’ in Valka’s hut, in Ravensthorpe. In the second, through selecting ‘new game’ from the menu and then choosing between Valhalla or Dawn of Ragnarök. The expansion, therefore, starts separately from the main content of the game. While the character already has some upgrades and his activity is limited exclusively to Svartalfheim, where the plot of the expansion takes place.

The story of Dawn of Ragnarök focuses on some of Eivor’s visions. They depict Odin in the mythical world of Svartalfheim. In particular, through his visions, Eivor sees Odin trying to save his son, Baldr, from Surtr, the dark war-lord of Muspelheim. Eivor then decides to visit Valka and relive his vision by stepping into Odin’s shoes. And basically, trying to help him. It may sound a bit simple, but I’ll just tell you one thing… Ragnarök. Yep, you get the point.

Dawn of Ragnarök offers up to 20 hours of gameplay for the main arcs. Side activities add another 15 hours to the total game time.

What do we have here? Powers!

Since we are placed in the world of Norwegian mythology, there would be no greater meaning than not having ‘superpowers’. The new system integrated by Dawn of Ragnarök allows the player to use certain powers. Which he can even ‘steal’ from his opponents. Specifically, there are 5 powers that can be used in combat, movement, stealth, and exploration. These are: Power of Jotunheim, Power of the Raven, Power of Winter, Power of Muspelheim, and Power of Rebirth.

Use your Powers wisely…

You can exploit the powers that are given to you in a variety of ways. Which makes the gameplay experience even more exciting and enjoyable. For example, you can activate the Power of Jotunheim and the Power of Muspelheim to become invisible to your enemies. On the other hand, with the Power of the Raven, you can easily explore Svartalfheim and reach areas of great heights.

Altogether, these powers allow the player to face his opponents more easily as well as to advance in the game. Specifically, the Power of the Raven, the Power of Muspelheim, and the Power of Jotunheim allow you to unlock dangerous, blocked or ‘sealed’ areas.

Moreover, there is a brand new weapon addition, the Atgeir. It is a long stick with a blade on its edge which is ideal for attacks targeting many enemies at the same time. In addition, this weapon has a new combo system, which gives different finishers to each of Odin’s attacks.

As if the fact that Odin can transform into a bird for fun wasn’t enough, the World Knots introduced in Dawn of Ragnarök are also remarkable. Placed by Jotnar at various points on the map, World Knots allow Odin to teleport from one to another, making the attacks on enemy encampments a piece of cake, as well as traversing through the game’s map.

This new dimension that Dawn of Ragnarok brings to Assassin’s Creed Valhalla is not only based on Norwegian mythology but also incorporates elements into the story and gameplay in an exceptional way. The characters are perfectly designed. Everyone has their own mythical style. The idea of ​​exploring the expansion through Eivor’s visions is quite intelligent and original. The game’s graphics remain impeccable and the gameplay has been enriched here even more. Finally, the interesting additions that have been made, such as Odin’s Powers, make the whole experience even more exciting.