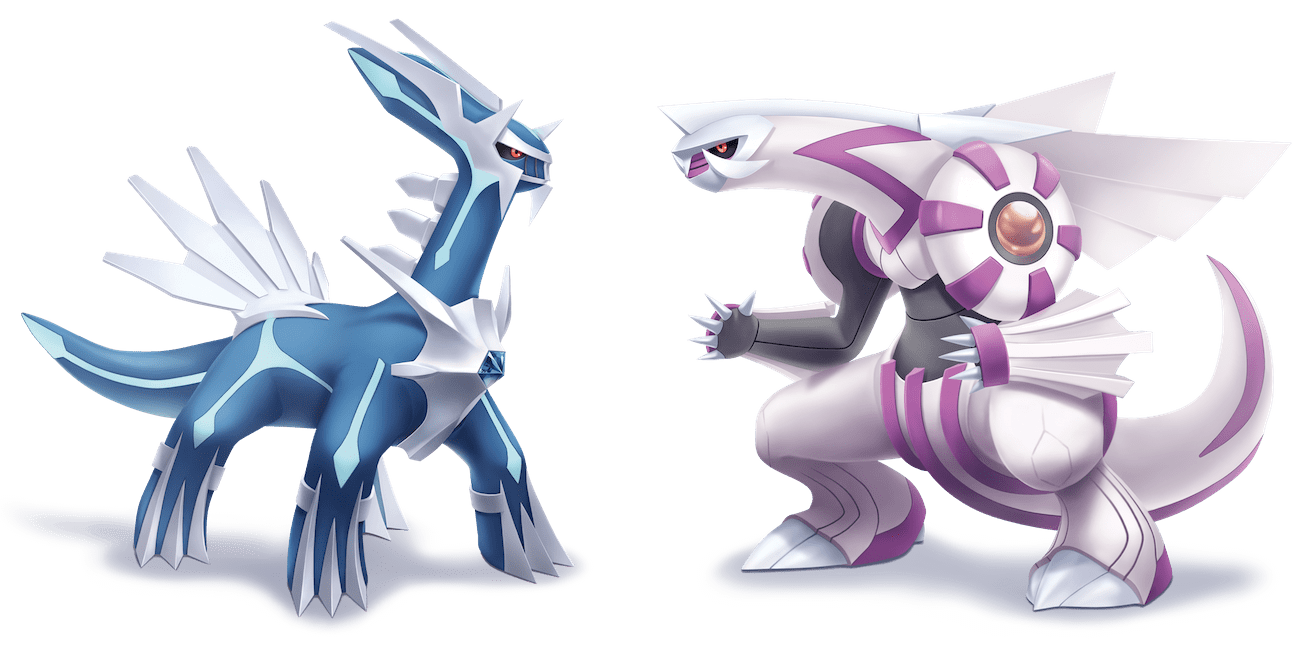 Pokémon Shining Pearl and Pokémon Brilliant Diamond are now out on the Nintendo Switch, bringing us yet another remake this year. For this review, I played Pokémon Shining Pearl, because of that fact, I’ll refer only to that version from now on. I’ll mention the differences between the two versions later on, but note that they are essentially the same game anyway. With Pokémon Legends: Arceus around the corner, let’s get reacquainted with the Sinnoh region, shall we?

Where New Pokémon Snap offered an entirely new story, Pokémon Shining Pearl is definitely a faithful remake, but with some notable improvements. If you’re still playing the original version, the upgrade combined with the higher player count for online features should make this remake worth your while. This game is also a perfect starting point for new players.

Pokémon games are RPG’s where you take the role of a young Pokémon trainer. A local professor, devoting their life to the study of Pokémon, gives you a Pokédex and asks you to complete it. That means catching every single Pokémon in the region. You’ll also need to defeat other Pokémon trainers and win Gym Badges, allowing you to catch and train stronger Pokémon.

Pokémon Shining Pearl takes place in the Sinnoh region. Looking at the map there’s a lot of nature on the mainland, with some islands to the sides connected with water routes, but fairly few. Mount Coronet divides the land. The sacred mountain’s peak is always covered in snow, while the inside is home to a maze. The region is also home to 14 cities, three areas and a Pokémon League. It also has several large lakes and features different weather types across the land. Historically speaking, it’s considered to be the first region where Pokémon appeared. The myths of this region talk of legendary Pokémon such as Dialga, Palkia, Uxie, Mesprit and Azelf.

Every good story has a bad guy, this time it’s Team Galactic. As their name suggests, they seem to be space freaks. The commanders are fittingly named Mars, Jupiter and Saturn, reporting to their boss Cyrus. Throughout your travels, you encounter people who are being bullied by Team Galactic Grunts, by kidnapping them and/or stealing their Pokémon. Team Galactic has some vague plan of using Pokémon as a new energy source. Although the cause sounds noble, their methods obviously are not. So you will be engaging in Pokémon battles with Team Galactic, which serves as the main storyline on top of you becoming the best Pokémon trainer of the region.

Let’s go over the gameplay elements in Pokémon Shining Pearl, because there’s quite a lot to do besides beating those nasty galactic grunts.

Pokémon games are all about catching, you guessed it, Pokémon. You’re encouraged to catch as many different types of Pokémon as you can in order to complete your Pokédex. You’ll need to travel to different areas in order to catch different types, and some Pokémon will even only come out during specific times of day. When you encounter a wild Pokémon, you start a battle against it. Ideally, you weaken it a bit before you try catching it with a Pokéball. As you become a better trainer and defeat Gym leaders, you’ll be able to buy better Pokéballs and Pokémon of higher levels will let you catch them.

Other Pokémon trainers will challenge you to battles. You’ll get a nice monetary reward for defeating them, and the Pokémon in your party gain experience. They will eventually level up and learn new moves that are more powerful. The story will lead you to different cities with Gyms, where you can challenge the Gym leader in a Pokémon battle to earn a badge. You’ll want to defeat all Gym leaders eventually to enter the Pokémon League. You’ll need to build a balanced team and figure out the best move sets, to be able to beat all types of Pokémon. Once you battle your way through the Pokémon League, you can call yourself the Champion!

The Underground has been upgraded to the Grand Underground in Pokémon Shining Pearl. This subterranean maze is spread out across the entire Sinnoh region, and can be accessed once you’ve obtained the explorer’s kit. You can dig up treasures in certain walls, build a secret base or visit Pokémon Hideaways. These are areas with a specific environment that are inhabited by different Pokémon. Some Pokémon in Sinnoh can only be found in these Hideaways. A fun addition is that you can access the Grand Underground with other trainers if you want to. The online feature, together with the roaming Pokémon, kinda remind me of the open world bit in Pokémon Sword/Shield. The Grand Underground is one of the best things about this Pokémon game, in my opinion; I’ve definitely spent the most time exploring this extensive subterranean world.

Another way to entertain yourself is by entering your Pokémon in Super Contest Shows. As a trainer, you can even put on a different outfit as well. Together with three other trainers (local or online) you’ll compete to see who has essentially the most entertaining Pokémon by earning hype points. Pokémon can enter any of the five categories: Coolness, Cuteness, Beauty, Toughness or Cleverness. Within each category there is the Normal, Great, Ultra and Master Rank.

First up is the Visual evaluation, based on the Pokémon’s conditions and the Capsule Decoration. The latter relates to a feature that allows you to decorate your Pokéballs with stickers. The second evaluation judges the Pokémon on their rhythm. It’s a mini-game where you make your Pokémon dance by pressing the button at the right time. Lastly, you need to choose one move to be evaluated during the dance. If you use it at the right time, you can please the crowd and earn additional hype points. It’s overall a cute feature and I quite like this type of mini-game.

Pokémon Shining Pearl for sure isn’t lacking in the gameplay department. You can travel to Amity square to play with your Pokémon. The chibi-style makes this extra cute, so I definitely recommend it. You’ll even be able to walk around with your Pokémon afterwards and see how it interacts with its environment. This game also features cooking, where you can make Poffins to increase your Pokémon’s conditions. (the ones that are judged in the Visual evaluation during Super Contest Shows!) The cooking and playing absolutely feels similar to the camping in Pokémon Sword/Shield.

A last noteworthy feature would be the Pokétch. This gadget contains a bunch of apps, and you’ll unlock even more while travelling and interacting with various NPC’s. It has a watch, step counter, memo pad, dowsing machine, friendship checker… It’s the Pokémon version of a smartwatch basically, and you just get it for free after talking to a bunch of clowns. I’m not making that up.

Pokémon Pearl originally released for the Nintendo DS back in 2006, and was followed by the updated Pokémon Platinum in 2008. In terms of sales, they are some of the most successful Pokémon games and fans around the world still praise them. Needless to say, nostalgia sells, and even for new players a remake offers a chance to experience an old game on a new platform. I don’t always agree with remakes or re-releases (Elder Scrolls V anyone?), but I believe there’s a place and an audience for this one. We’re celebrating the 25th anniversary of Pokémon, after all. On top of that, in January the prequel Pokémon Legends: Arceus will be released, taking place in the same region. It’s cold out anyway, so why not cuddle up and rediscover Sinnoh to get hyped-up for Arceus? That’s clever marketing.

The most notable upgrade in the remaster are of course the graphics. Nintendo’s technology has evolved quite a bit since 2006 after all, so there’s no reason to keep the outdated pixelated graphics. I wondered if the game would look like Pokémon Sword/Shield, but they really went a different way with the art style here. The characters are now very chibi-like, which isn’t to everyone’s taste, for sure. I personally think the cute style fits really well with the environment and overall atmosphere of Pokémon games. I also appreciate that it looks different from new Pokémon titles, placing it somewhere in the middle between old and new games. The colours are also a little less saturated, making it easier to look at for longer periods of time.

You can take a look at this YouTube video for a nice side-by-side comparison, which really showcases how faithful they’ve stayed to the original.

After you’ve entered the Hall of Fame, you’ll be able to visit Ramanas Park. In this new area, you’ll find several caves where you can encounter legendary Pokémon. You’ll need to put slates into pedestals to summon them though. You can buy these slates in a shop in the park, but you’ll need Mysterious Shards to do so. These Shards on their turn can be dug up in the Grand Underground. The process may seem a little cumbersome, but catching legendary Pokémon shouldn’t be too easy, right? Once you do catch one, you’ll also receive their statue to put in your underground base.

All the following changes in Pokémon Shining Pearl may seem minor, but they greatly improve the player experience. The new game supports auto-save, with the option to turn this off as well. The battle interface is pretty much the same as in Pokémon Sword/Shield, which means that type differences are now indicated as well. You’re now also able to access the Pokémon PC anywhere to change the Pokémon in your party, and it’s no longer necessary to teach your Pokémon special moves in order to use them as Hidden Moves. Like destroying rocks blocking your path or cutting down trees. If you’re ever unsure of what to do next or where you need to go, you’ll now have written directions in your menu on top of the flag on your map. As someone who easily gets distracted and/or lost, I’m very excited about that.

Last but not least: experience share. All Pokémon in your party will receive experience points, whether they battled or not. And whether you like that or not. This point receives a lot of critiques, because it makes the game easier. There’s no real need to “grind” in order to make your Pokémon strong enough to win battles and advance the story. A manual difficulty setting would be a welcome addition, but one we’re not likely to receive.

As is always the case with classic Pokémon titles, there are two different versions. The difference lies with the Pokémon included in each version. To complete your Pokédex, you will need to trade certain Pokémon with someone who owns the other version. You can easily do this via Link trades if you want to. I’ll list the version exclusives below, so you can decide for yourself which version you’d prefer.

Pokémon Shining Pearl and Pokémon Brilliant Diamond are, in my opinion, good remakes and worth both your time and money. If you’ve never played a Pokémon game before, this is a great place to start. If you have, it is high time you revisited this legendary region.

Thanks to CDMedia for the opportunity to review this game.