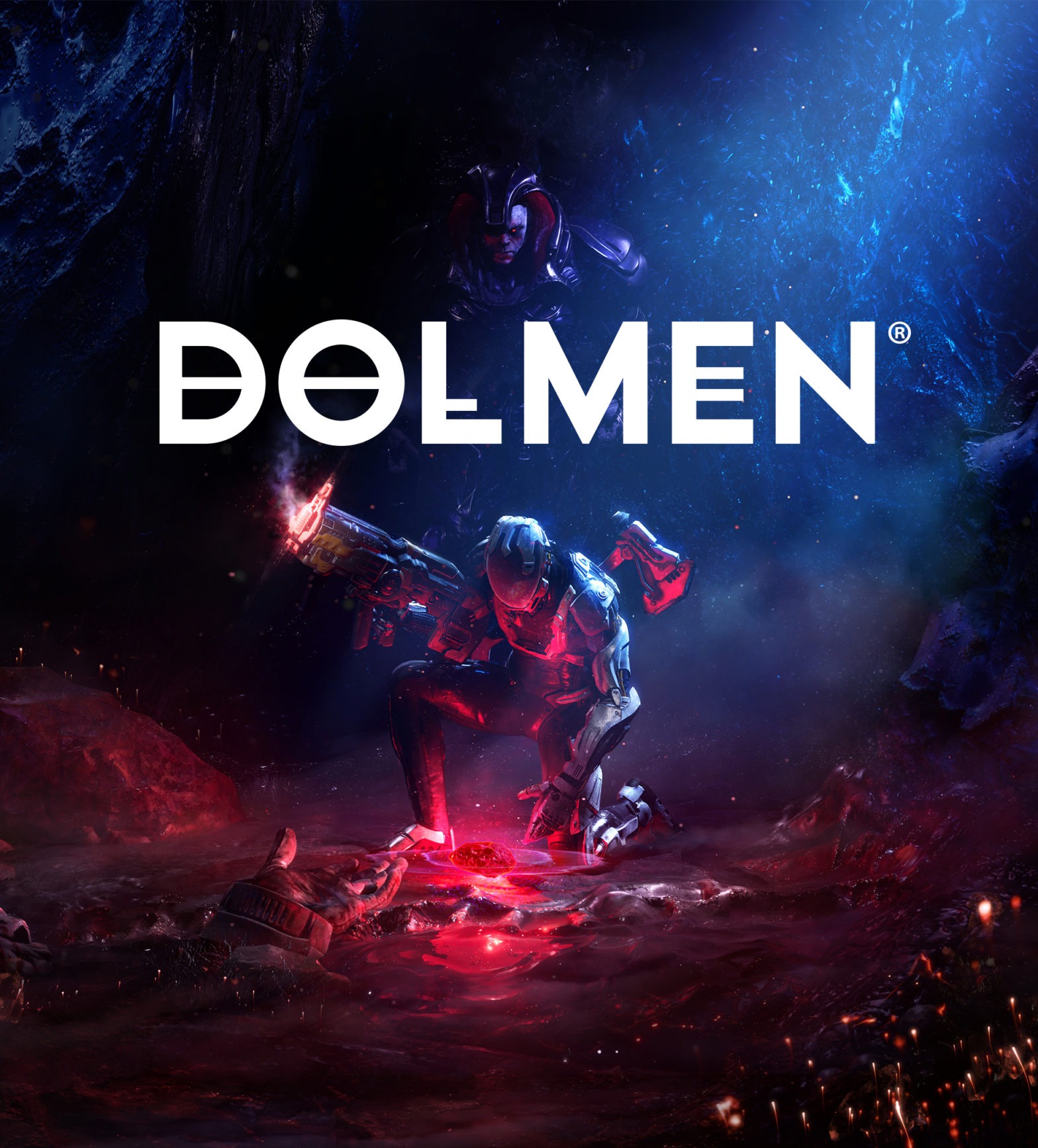 Do you remember the times when we were free to visit cons and gaming events. Wander the crowd looking for free loot. Stand in line for three hours for a Ghost Recon demo and never fire a bullet. Well, Romy and I sure do, the last two years I missed going to Gamescom and getting my ultimate geek on. My first encounter with Dolmen was at Gamescom, the setting and visuals piqued my interest right there. I was so happy that Koch Media gave me the opportunity to play this early demo.

The Dolmen preview version I played is still a work in progress and does not resemble the finished product. And changes can apply to certain mechanics and the final product.

All in all, I spent about 3.6 hours on the Dolmen preview. I could have done it in 2.5 hours. Due to double input from the A button on my controller I accidentally started over after my first day of playing. I did keep all of my gear, levels, and unlocks and was able to breeze through the first part.

Gameplay – Become one with the elements

Dolmen is a souls-like in every way possible when you think of gameplay mechanics. You die, you lose all your gathered Energy Sparks and materials. You restart from your last checkpoint; ready to return to your last point of death to recover what was lost.

Becoming a better snack for the bugs

Energy Sparks are as straightforward as a German autobahn. Each level costs a certain amount of Energy Sparks and at each level you get to choose an attribute to increase. Each attribute influences different aspects like damage done, damage taken, resistance, health, energy, stamina and so on. And a higher level means more sparks are needed.

A big difference with Dark Souls is the crafting system. For the crafting system you need materials, which are forcefully taken from the enemies you encounter. Ranging from limbs to poisonous glands and heads (I think they’re heads at least, you never know with aliens…). The Dolmen preview had no vendors or gear drops. Everything I upgraded was crafted with the materials I found. Which is a nice touch and a break from the tense combat when you are figuring out what to craft.

Bonfires are replaced by terminals that you unlock along the way. These allow you to take a rest, refill all your bars, deposit materials and teleport back to your ship to craft and level up. In the demo the material depositing was bugged. Everything I deposited disappeared. That set my crafting status back a bit. Luckily I caught on early and hauled a ton of limbs around for the duration of the demo.

How to be a force of destruction

The combat in Dolmen is quite interesting when you get the feel for it. And by quite interesting I mean that you will feel amazing when it all goes perfectly. The basics are your light and heavy attack, while your second hand is a shield that can block some damage and with a perfect parry stun your opponent.

But Dolmen has two new elements, ranged combat and elemental damage. Both of these mechanics use up your energy, not stamina. This means you can start withering down enemies at a distance and finish them off up close with your axe. Or when you get ambushed, simply activate your core and dish out elemental damage to reap the benefits.

Ranged weapons also apply the corresponding elemental effect if you hit an enemy enough. The bugs I encountered are particularly sensitive to ice. It only took a few shots to slow them; allowing me to do perfect parries or dodge and get a better smashing angle. Switching back to the pistol was so fluent, you could do it mid combat and re-apply the status effect dominating a single enemy or control a group to your advantage.

Visuals and sound – Is this a spacecraft or the inside of a giant bug? Why is the floor squishy? Are those eggs?

Story-wise the Dolmen preview gave almost nothing aside from the intro. And that intro was cryptic as hell. We at BGeek are proud to keep everything spoiler free. I didn’t mind that the story was kept relatively secret. Hence the jump to the visuals and sound.

Where and what the hell?

Sure, when you think Sci-fi souls-like it’s going to be doors and corners kid. Corridors and slick futuristic spaceships to wander and explore. Some hi-tech alien trying to whack you with its probe. But nope, you wander the destroyed wreckage of a facility infested by bugs and the remnants of the aliens that lived there.

It’s eerily recognizable. You see the hallways built by an advanced culture overtaken by bug matter and eggs. These eggs burst and spawn a long legged alien creature, eager to take a taste of your flesh. Not only does it feel like a transformed landscape, it sometimes felt like I was walking inside an alien, like it had died and I was walking its freshly rotting corpse along the spine.

The environment sets a creepy desolate mood that has you on edge as it feels truly alien. Its verticality and alien look add to the confusion of where you should go. The map felt like a maze and only as I traversed further and unlocked shortcuts or alternate paths, it started making sense of how it all fit together.

In Dolmen the soundtrack is just so fitting for the environment and premises with deadly bugs and killer aliens patrolling. Due to me losing materials with the deposit material bug; I wasn’t able to test the sound of many weapons. But the guns sounded impactful and the effects of the elements freezing enemies felt cold, as it should. Hitting a frozen enemy and hearing that ice break, seeing ice flakes fly around from the point of impact, just felt satisfying.

The official release is 2022. I don’t think we should expect it soon next year as Destiny 2 and Elden Ring release in the first quarter of next year. And both those titles are insane to compete with as a souls-like indie game.

And the state of the demo and certain bugs present made me feel like Dolmen will probably hit near the end of 2022. A perfect time as people will probably have had their fill with Elden Ring and to fill up the souls-like void that happens occasionally.

I had a blast and I had frustrating moments as I died to the same enemy for the tenth time because I got too greedy. Dolmen doesn’t feel like a knock-off or wannabe souls-like. It is a true souls-like, it’s hard and punishing for your mistakes. It rewards skill and planning, there are build opportunities and new features that feel natural instead of a hindrance. Put Dolmen on your wishlist on steam and you will not regret it.