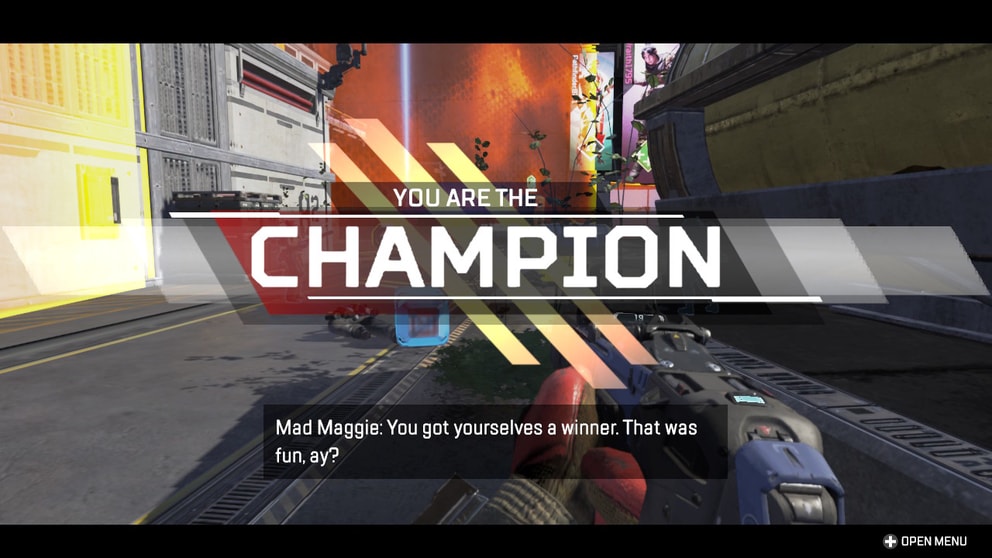 TL;DR
If you own another console or gaming computer you will enjoy it more on that platform. There is no cross progression, lower frame rate and resolution. So you would have to start over and the experience is just not the same.

The porting of Apex Legends

Panic Button has ported many games for the Nintendo Switch. For example: The Witcher 3: Wild Hunt, Doom, Doom Eternal,… Most of their previous ports were single player or co-op focused. After playing Warframe on the Nintendo Switch I was pleasantly surprised with how well it ran.
But I have always thought that the Nintendo Switch is made for games specifically designed for that platform. It does what it does extremely well. And ported games from console or PC always lose something; like the beautiful graphics of the environment, the smooth gameplay at 100 fps or higher.
Did Apex Legends for Nintendo Switch change my mind about ported games? No it didn’t.

The specs of Apex Legends for Nintendo Switch

In an interview with Famitsu (Japanese/English), Panic button and Respawn shared that Apex Legends for Nintendo Switch would run at thirty frames per second. 30 fps … Yes, let that sink in.
A competitive, Battle Royale, fast-paced-first-person crossplay shooter at thirty frames per second.
That is half of what an Xbox one X or PS4 pro run at. The older consoles have drops in the forties, which is still one third higher than the Nintendo Switch. And frames matter in these games.

In that interview they also mentioned that the game will run at 720p docked and 576p handheld. Meaning that you will get a lot less sharper imaging. Making it harder to spot opponents.
Playing with these specs puts you at a massive disadvantage. Last gen consoles offer 4K resolution at 60 frames per second and 1080p at 120 frames per second. Offering a smoother and more visually pleasing experience.

How does Apex Legends for Nintendo Switch run?

Exactly as expected with a few surprises around the turn.
The matchmaking times are long when you turn off cross play and play outside prime-time. During prime-time the matchmaking was relatively short. We tested the day of the release so expect an increase in waiting time. Even with the disadvantages I managed to get carried by my teammates to Champion, with cross play on. And all of us were playing on the Switch. The Switch has moments where the auto-aim is like a bot sticking to your target. Combined with a good weapon you can down opponents before they even realize what’s going on. And at some points there is no auto-aim at all, creating an inconsistent experience.

The graphics in Apex Legends for the Nintendo Switch are blurred down a lot. Character models, weapon skins and the map. Planning where to drop is hard because the map below is hard to perceive. In handheld mode all you see is a blur of brown and green with some white buildings.

It’s hard to make out what legend you are fighting at times, especially from a distance. The models get pixelated and the head is hard to make out; even when using a scoped sniper rifle.
The character skins you can unlock lose some of their beauty. The animations are still present but not the eye candy you see on other platforms. And sometimes, textures are just missing.

Yes, there are stutters. In the menus and in-game. The in-game stutters only seemed to happen at the start of the match. Once the heavy fighting died out, the stutters remained absent for the rest of the match.

Overall it’s a smooth experience playing it on the Switch. It doesn’t look good but abilities activate when you use them. The shooting is responsive and the options allow you to customize quite a lot.

And then we have the floating gun problem. It’s like character models fail to load in but the gun does. A floating gun rounds the corner and suddenly a character model pops in. Usually you are already getting blasted by the magical floating gun. Again, this is probably because of the increased load when starting a game.

Is Apex Legends for Nintendo Switch the Champion?

No it isn’t. Out of all the versions it’s the worst one to play on. Panic Button did a great job with this port. But if you are serious about competing on ranked, you better stay clear. You could turn cross play off and deal with the increased queue time. But even then, if you have any other option to play Apex Legends; play that. On top of that you have to start from scratch again, because there is no cross-progression. This means buying a second season pass. Or missing out on skins and champions on one of the platforms.

Panic Button made some good ports of other iconic games that would usually never run on the Nintendo Switch. But all of those are single player or co-op. Frames and extra sharpness don’t matter that much in a non-competitive environment.
This is once again a great thing for people whose only console is the Nintendo Switch. Apex Legends for Nintendo Switch is a superb addition (on top of Fortnite) when you want to play Battle Royale.