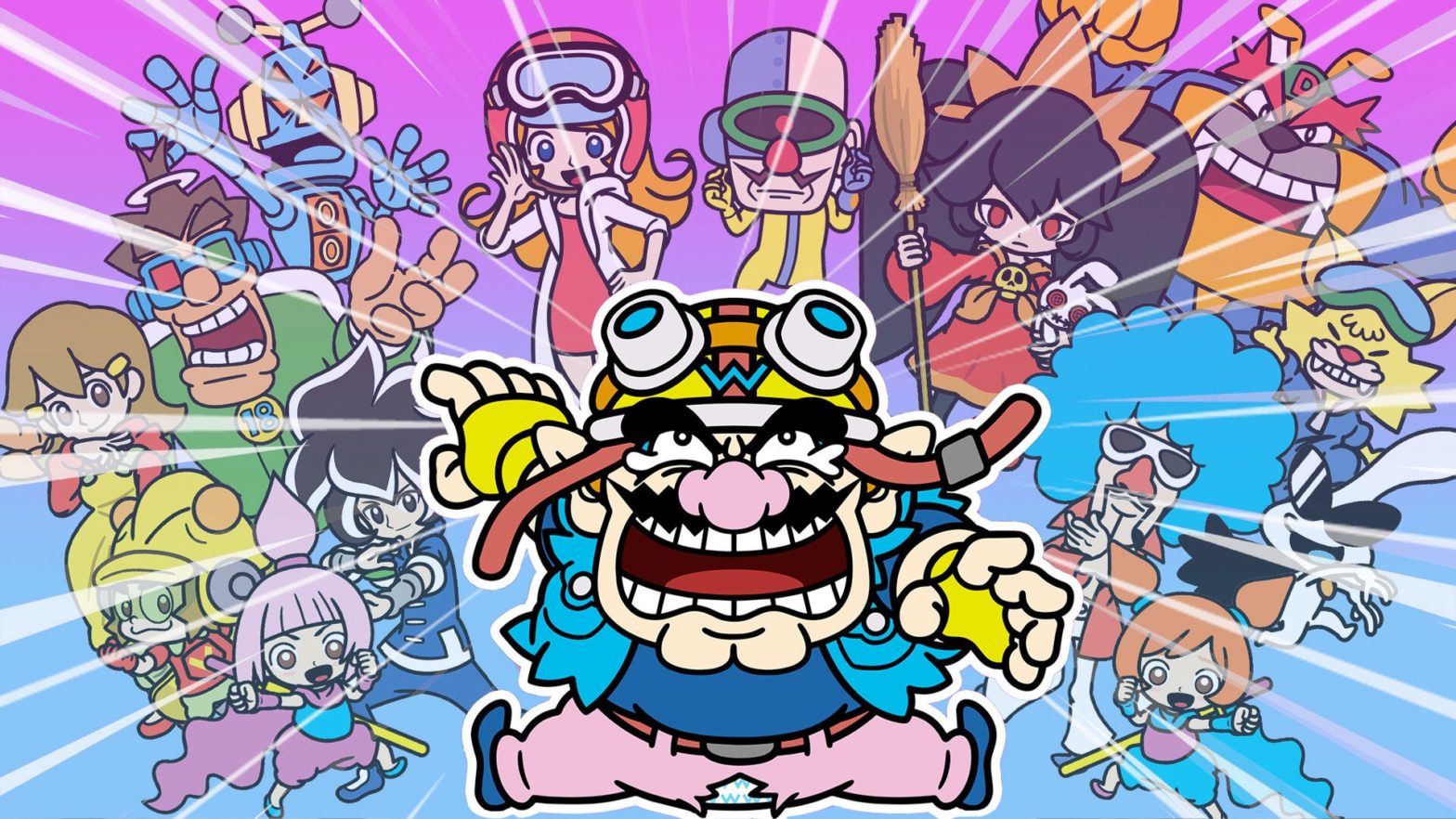 WarioWare: Get It Together! for the Nintendo Switch is here to force you to invite some friends over and get this party (game) started. Already the 10th installment in the Warioware series, this mini-game chaos is a welcome addition to our Switch library, which is definitely lacking some multiplayer goodness. Read on to find out what you can expect from this title.

WarioWare Get It Together: Story Mode

Before you get this party started, you have to make your way through story mode. Wario and his crew have created a new video game, but they all get sucked inside it. To free his crewmates, Wario needs to complete every level and squash all of the bugs. The story mode contains some fun animated clips, but don’t expect any depth to the story. This is just a party game after all. Its main focus is to introduce the various microgames and playable characters.

Story mode is suitable for 1 to 2 players. If you want to clear it faster, I recommend teaming up. The games in this mode are co-op, so if one of you is able to complete it, you make it to the next one until you reach the boss level. You’ll earn coins for completing levels. If you run out of lives but don’t want to start over the level from scratch, you can pay a small fee and continue where you left off. This mode is very useful to get some hands-on experience with every character. There’s a total of 20 characters available and they all have unique skills you’ll want to get the hang of.

Each level in WarioWare: Get It Together’s story mode introduces a new crew member and their unique ability. In general, I feel like you can divide the crew members into two categories: those with free movement and those without. Free movement meaning you can move them in any direction you want without having to use their ability. Eg. Ashley flies around on her broom, while her ability lets her shoot with her wand in any direction. 9-Volt on the other hand continuously skates back and forth, using his ability will make him stop and shoot his yo-yo upward. You can guess which one is easier to control for most microgames.

The 20 crew members, including Wario, hang out in their break room where you can practice their abilities, give them prezzies, customize them or check out their gallery. Prezzies are obtained in the Emporium, where you can spend coins on slot machines. Giving prezzies to crew members will have them level up, which unlocks customization and unique art. Although not necessary in regards to gameplay, it’s a cute feature that the completionists will certainly appreciate.

WarioWare Get It Together: Other Game Modes

Once you’ve met the entire crew the actual party begins, as you’ll have unlocked all the other game modes the game has to offer.

Suitable for one to two players, this game mode is a recap of the story mode. Here you can see all the different microgames you encountered there, divided per theme. This mode is mainly useful to practice the microgames you struggled with the most, so you can impress your friends with amazing skill.

If you’re not sure what to imagine with the word “microgame”, it’s very much just a minigame but it feels faster and more chaotic. Unlike in Mario Party where you get some time to go over the rules and controls, here you’re just thrown in and you best figure out what you need to do and actually do it, within about five seconds. The tasks at hand are usually very simplistic though, like squeezing a tube of toothpaste or pulling out armpit hairs. Said simple tasks can, however, become difficult though with the wrong crew member.

If you’re a solo player this mode will be the most interesting to you. WarioWare Get It Together offers weekly challenges in the Wario Cup. The challenges add a unique twist to the microgames, enabling you to earn coins that you can spend to deck out your crew in the break room. If you have a Nintendo Switch Online membership you can join ranked mode and find out how you rank compared to others. If you manage to place in the top tiers, you can even expect some additional rewards. You can also check your friend’s rankings if they play WarioWare as well. The Wario Cup, to me, is the main incentive to play this game from time to time, even when you’re not entertaining guests.

When you do have guests over and are looking for ways to keep the party alive, this is the place to be. There’s a “Completionist”-list and “Party”-list available with different game modes. Some game modes here do require a specific number of people to be able to play them, as a rule of thumb two people playing at any time is ideal, except for the “Friendless Battle”-mode. There you try to beat as many enemies as possible before your HP runs out. In “Gotta Bounce” you try to keep a ball in the air, while “Daily Grind” offers some side-scrolling action where you try to get to work ASAP.

“High Five” is much like a volleyball game, but it wouldn’t be WarioWare without twists and turns, so look out for those. “Duelius Maximus” is a two-player game where you try and complete microgames in split-screen, where the first one to run out of lives, loses. In “Rising Star”, another two-player game, you’re co-operating on microgames as you would in Story Mode, but whoever contributes most gets a star. You can also lose one if you sucked the most. Whoever gets 5 stars first, wins. The remaining party modes support two to four players.

There’s “Balloon Bang”, where you try and blow up a balloon while someone plays a microgame. “Sly Angle” where you try to get the biggest triangles on the board, based on microgame wins. In “Puck’er Up”, the puck will show a microgame; whoever scores a goal with that pick gets to play said game. This was probably my favorite mode, since it’s nearly impossible to complete a microgame while the others keep kicking and squishing the screen you’re in. But it’s SUPER satisfactory if you’re still able to complete it! Finally, there’s “Frenemy Frenzy”, which, with some stretch, could be compared to Smash Bros.

Do check out every game type here, as they each have some very fun artwork on their main screen!

WarioWare Get It Together: Conclusion

You’ll get the most joy out of this game if you can play it together with someone else, even the solo player modes are more fun if someone’s sitting beside you. Regardless of whether they’re cheering you on or encouraging failure. The story was surprisingly cute, and the artwork in the gallery and in the variety pack really took me by surprise.

If you liked previous games in the series, you’ll love this one as well. If minigames and chaos aren’t your thing though, you probably won’t enjoy WarioWare Get It Together enough to pay full price. A party game like Mario Golf Super Rush might suit you better. WarioWare is currently listed at 45-50 euros, which is very reasonable for a Nintendo game. If you’re unsure, be sure to check out the free demo first before you decide if this game will spark joy for you.

Huge thanks to CDMedia for the review copy!