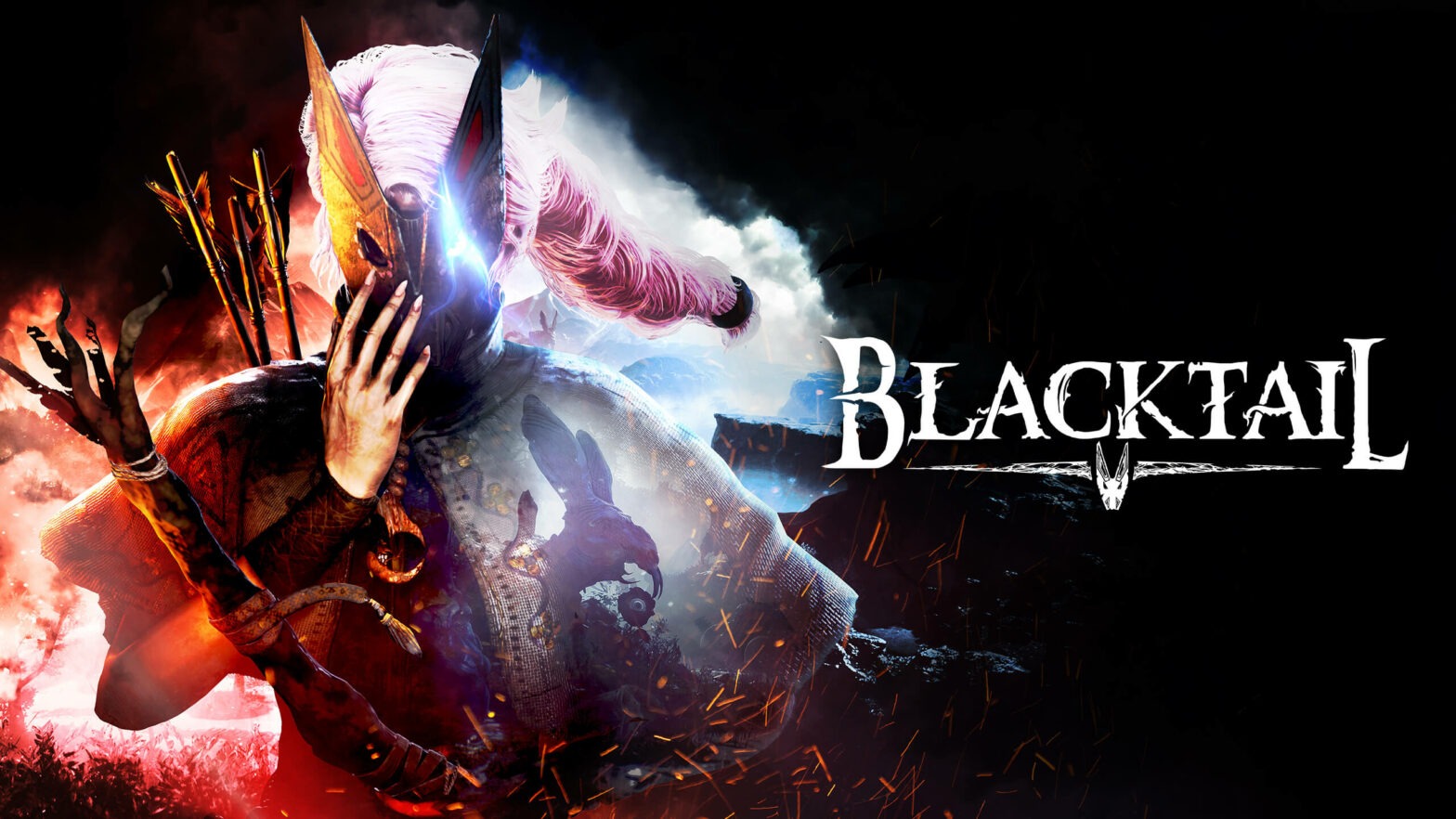 Finally we got our hands on Blacktail, an indie game that almost rivals bigger titles. The game comes from Parasight and is essentially about the Baba Yaga tale. But how can a survival RPG intertwine with a famous Slavic myth? Does Indie development once again manage to put out a worthy piece? Let’s take a closer look at what’s going on with this particular game:

Blacktail – All the elements

To give a first insight into what’s going on, think it of like a Senua’s Sacrifice alloy with Survival elements, much lighter in some parts, and with too many colours. Both the design and the story are very well tied together and worth a try since the Survival element is not the main difficulty of the game. It therefore helps the story flow and how it progresses through the game, which makes the average player able to play it and see something different.

Starting in the middle of nowhere, with our heroine Yaga, we realize on the spot that she is looking for her sister Zora. As you progress through the first few steps via the clever narration she brings, and the voice in Yaga’s head known as The Voice, she seems to have scattered memories. It is from these that we learn about Zora’s quest.

In the first few minutes of the game, the basic components of the story are created. Yaga is accused of using magic and is therefore banished from her village. She’s searching for her sister and has The Voice in her head, who is both undermining and helping her at the same time. In addition to a bow, she also has a strange glove with magical powers. Amidst all these questions that very cleverly play out within Blacktail, little by little you uncover developments culminating in a story ending that, although foreshadowed, is still very powerful.

For those who don’t know the Baba Yaga tale, it’s about a witch of the forest who lives in a hut. The story goes that many seek her and some of them she helped, while others were never seen again. Baba Yaga has a lot of presence in Eastern Europe as a fairy tale showing quite an ambiguous presence.

The first thing that surprised me is how the game manages to constantly separate itself from the cartoonish profile to the more “realistic” one that makes up the game. Aside from the characters having their own designs and quite a few different ones too, I also enjoyed the variety within the game. You practically go about gathering materials from nature, or killing enemies. In most games this gets monotonous at some point, and I was pleased to see that this is not the case in Blacktail.

The graphics are not particularly heavy, making it run relatively well on the average computer. Lighting colours and contrasts are quite… I would say unique. You can’t talk about objective reflection on surfaces (while it’s there in several places) because each area has a particular painting-like aesthetic. So I consider it a great success in terms of functionality and technical design because it’s really very well placed together.

A little more regarding the Design…

The objects and things around the environment have all the detail they need and nothing is missing that you could say “mmmyeah this is not ok”. From the bow that covers a third of your screen up to the more burnt out characters, everything is well designed. Trolls, insects, plants, rivers and everything else are given their own identity with some being more simple gameplay wise and others having that special creepy extra element.

The only thing I can perhaps fault is some bad repetition in the animations. While you have so much stuff around it seems very poor that the regular enemies you see are doing the same things.

I haven’t enjoyed a design like this in a long time. Starting with original music that you like in the game, interweaving different genres and at different points in it. For example, at one point in a boss fight a beat suddenly comes in, which is definitely not the first thing you think of when you’re in a forest all the time. However, it’s so well composed that it makes it beautiful. These and many other things can be heard within the game as different genres, as well as the classic polyphonic Balkan music that exists in some areas.

Then I really want to highlight the voice acting which was just gorgeous. Not just for the narrative element and the acting, but mostly because it was just as much as it needed to be for each scene that took place. Silly and simplistic as you were watching simple things and exploring, scary and over the top in moments of tension and chaos.

Finally, they all had an impeccable variety in both the repetitive sounds and the atmosphere that was really on point in every different development and situation.

The gameplay is pretty clear once the basics are explained. From the first moment on you get a bow, which is the main weapon. The original shots as we’ve seen in many games are the fast one, the one you aim and the heavy shots that you hold down for more power. Classic mechanic. Moving on you find other types of arrows that you can craft after finding the right materials.

Very basic feature. Apart from the simple arrows you can find, there are more complex ones with different characteristics and various consumables that help you in battles. For example, you make an antidote for attacks that have poison. Obviously a proper Survival also has an honest crafting system… and poisons.

All the different components you collect during the game, in addition to things in battle, help with character leveling. Obviously to unlock them you need the corresponding progress in the story, but primarily it’s the materials you find from the world and from the bosses you kill. Leveling is done through a table that has everything about the character and it’s very important to know what alignment you are. This is because some skills have a corresponding effect.

Whether you are good or bad in short, is determined by many actions you take in the game. Both some small interactions with various NPCs in the world, and obviously also at very important moments in the story. This is how the story progression arises as well as what you get from certain skills from the previously mentioned table.

The progress of the game is visible on an open map and is derived from the alignment, but it is generally very linear. You don’t drop on the spot on a large map to fight alone. Each area opens up with the story and stronger enemies come out at each stage. Also a classic pattern we’ve seen before. Maybe I wanted a bit more different enemies, just for larger variety, but it wasn’t something that bothered me.

Another mechanic of the game is the magic that Yaga uses. Blacktail couldn’t be missing something like that obviously. On her left hand she wears a glove with strange magical powers. It’s useful both for the outcome in battle but also as much as when you level up within the skill tree which then gains more abilities. It’s directly tied to the voice and what it tells you to do in-game with it.

Finally, it has two difficulty levels that you choose at the beginning of the game. One is for Story only and players who want to see a beautiful tale, and the second is for those who will see the story but with a more challenging gameplay.

Blacktail not only amazed me as a story but it was also very, very beautiful. It had gameplay that didn’t bore you because it went slow or fast depending on how you wanted it to, it has different areas where you explore different things, and even though the gameplay doesn’t really change the outcome of the game, you don’t get bored at all. Even better, the game uses clever ways to make you follow along like puzzles and clues, making it increasingly based on the folklore idea that frames it.

In general it’s really beautiful as a fairy tale and fun to play where I highly recommend it as something different. On top of that, it’s nice to see indie developments bringing new things and putting out gems really with very few bugs in new releases. The game currently costs 30 euros on Steam and is about 15 hours long with the story and extras you are sure to play.