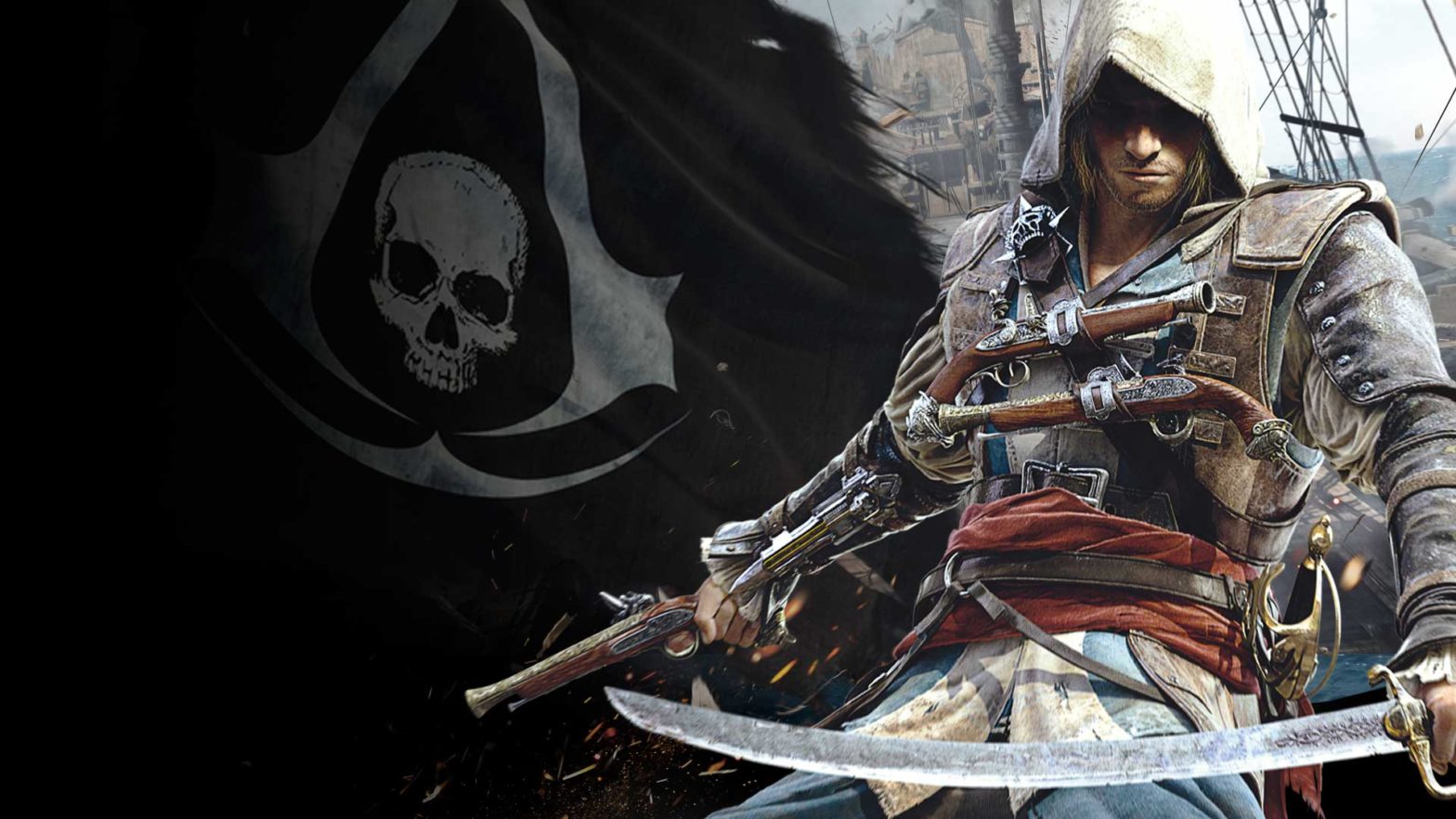 Ubisoft recently celebrated 15 years since the release of the first title of the much-loved Assassin’s Creed series, and I can safely say that nostalgia is on a high. Having already gone back in time and revisited Assassin’s Creed II in a previous article, it was time to travel again to another diamond in the series that not only gave it a breath of fresh air when it desperately needed it but also introduced new elements to its gameplay. I think it’s pretty obvious I’m talking about the beloved Assassin’s Creed IV: Black Flag.

It’s a pirate’s life for us

Having put an end to Ezio’s captivating trilogy, Ubisoft moved to the American Civil War and introduced a new assassin to the story, Connor Kenway, while also finding an opportunity to complete the storyline of the main character, Desmond. Going further and in an effort to overcome the rather harsh reviews it received for AC III, Ubisoft gave the green light for the release of Assassin’s Creed IV: Black Flag. This title would ultimately be the means to take the franchise back to the top-notch quality that we were used to.
And top-notch quality it was, since Assassin’s Creed IV to this day can compete with later titles, as not only does it have excellent graphics and design, but it also has a solid storyline that keeps you glued until the end.

One of the biggest changes that came with Assassin’s Creed IV was the introduction of a new story after the end of another. I’m talking, of course, about the story of Desmond, who had a leading role in 5 consecutive titles and whose story received an instant end without reason and cause. So our return to the 21st century is now done through the offices of Abstergo and the company’s effort to find out more about the bloodline of the assassins. This is a brilliant effort by the developers to keep the franchise alive and focus on what they know is interesting about the game, the world, and the adventures of the assassins.

Assassin’s Creed IV opens the door to the world of pirates of 1715, and specifically to the turbulent life of Edward Kenway. Putting on the pirate costume, the player must unravel a conspiracy between high-ranking Templars within the British and Spanish empires, who, under the guise of piracy in the Caribbean, have used their positions to locate Sage. This is the only person who can lead them to the Observatory, a device of the First Civilization that can track anyone anywhere in the world, through a blood sample, which they intend to use to spy on and blackmail world leaders. The plot of the game is very interesting and keeps you ‘glued’ until the end. The devs’ decision to focus on the world of pirates was one of the smartest since as a concept it is one of the most popular choices, judging by the success of similar themed films such as the Pirates of the Caribbean.

But Edward as the protagonist also steals the show, having all the basic characteristics of a pirate’s temperament. And the game, in turn, does a great job of letting them be projected through the plot. Ambitious, reckless, greedy, but also well-meaning, the character of our protagonist has elements that may initially bother you, but in the end, his good heart wins you over, reminding you that he is a pirate and not a prince.

Welcome to the Caribbean

The world of Assassin’s Creed IV looks alive once again, with every detail visible, giving a huge touch of realism to every area you explore. The game has three main cities, Havana, Kingston, and Nassau, which are under Spanish, British and pirate influence respectively. In addition, sites such as Port-au-Prince and smaller sites such as the Greater Inagua are used as plot highlights.

So grabbing the rudder, you can visit any of these places, and much more, which makes the world of Assassin’s Creed IV seem real as if it is up to you to explore it. The detail in the creation of the environment is remarkable, from nature (plantation, ocean, animals) to communities, homes, and the people, it gives each area a breath of life. Assassin’s Creed IV knows how to create a good open-world map and does it well.

Another initiative taken by Assassin’s Creed IV was to add the ship (Jackdaw) as your main means of transportation (we are pirates aren’t we) and even let you decorate it and upgrade it as you please. This is the number one thing that excited me when I first got the game and I admit that to this day it is one of the most exciting things I have seen and ‘experienced’ in a videogame. From cannon battles, crew orders, and songs to diving and fishing, the addition of the ship can simply be described as groundbreaking.
Equally innovative is the diving bell which was added to a game that until then did not do very well with water, since in the first title Altair would die every time he touched the water. Therefore the creators knew they had to make the big jump here and allow the character to dive to the bottom of the ocean looking for supplies, treasures, etc. This is still an extremely well-executed and memorable change.

Being a pirate also means living without any rules and this is made clear from the very first moment. So how do we fool the Templars this time around? But of course with gaining more land, raiding, and emptying warehouses. Another new addition that the franchise maintains to this day, as seen in AC Valhalla and its raids. At the same time, we can observe the addition of new weapons, something the developers choose to do in almost every title as the era changes. Similarly here, the assassins’ weapons are renewed with the display of a series of poisonous and hypnotic arrows, as well as berserk arrows, which in my opinion are extremely fun. In addition, Edward has a pair of pistols with free aiming and third-person shooter controls that allow you to run and shoot at the same time.

Assassin’s Creed IV: Black Flag is one of the most important additions to the series. It brought innovative changes by enriching the gameplay and giving a touch of freshness to a franchise that, at that time, absolutely needed it. Traveling back in time with the eyes of today, the game still fascinates you with its uniqueness. The meticulously designed environments manage to take you on a journey while giving a liveliness that many open-world games still find difficult to achieve. Additions such as Edward’s ship take the game to the next level and make it stand out among others, as a game that really ‘puts’ you into a pirate costume.

This is a title that could stand on its own, outside of the franchise. This may be a negative thing for many, but in my opinion, it proves the game’s dynamic and unshakable nature, which can stand ‘upright’ to this day. It is not easy to create a timeless videogame, but Ubisoft has undoubtedly achieved it here. Aye!